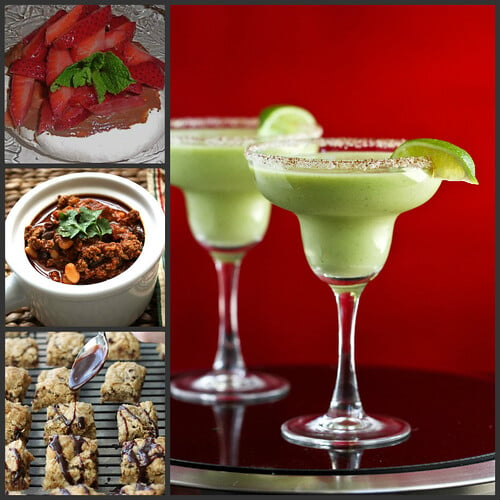 Four years ago I posted the first recipe on Cookin' Canuck. It has been quite the ride - one filled with contentment, self-doubt, elation, frustration and a whole lot of food. There have been several things that have come "for free" along the way, things that I didn't expect when I hit "publish" on that first post. One of the most important things was an introduction into an amazing community of food bloggers and readers. These people are kindred spirits, and the friendships I've made along the way are simply irreplaceable. Thank you for that.

One of the things that definitely didn't come "for free", but rather with a great deal of hard work is the food photography aspect. When starting a food blog, each food blogger puts pressure on him or herself to not only come up with recipes that are tasty, written well and easy to follow, but to weave entertaining tales and take photos that are worthy of being pinned on Pinterest.

If you're not a food blogger, you might be asking, "So, what's the big deal? Just whip out your camera and start snapping." Yeah, something like that.

Believe me, I have a long way to go with my photos. There are days when I still get frustrated with myself...or the light...or the props. But when a photo turns out how I envisioned it, I'm elated!

When I first started, I thought my photos made my food look pretty appetizing. I must have been wearing the food bloggers' version of "beer goggles".

Yes, I was using a Point and Shoot camera, but that really wasn't the problem. You can actually capture some really good photos with a non-DSLR camera. Or an iPhone, for that matter. 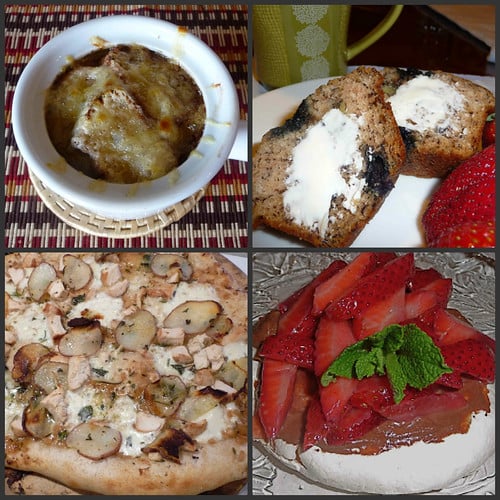 The real problem was that I had no understanding of light, and not a clue about what the buttons on my camera could do.

Lesson learned: Read the manual and play around with different settings.

I remember thinking how fancy I was when I took this photo. I was going for that whole front to back, fade-into-the-distance bokeh look. I think I missed that page in the manual. 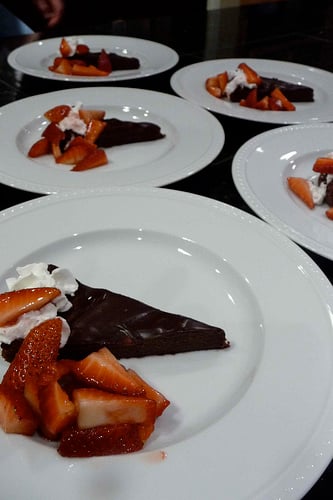 And never mind the disembodied hand floating at the back of the photo. Eek.

Back Up & Skip the Mess

Then I went through my "natural but messy", and "too close for comfort phases". After looking at the photo on the right, I realized that you probably didn't need to see random cooking utensils and counter decorations that had nothing to do with the recipe. Better than the disembodied hand, I suppose. 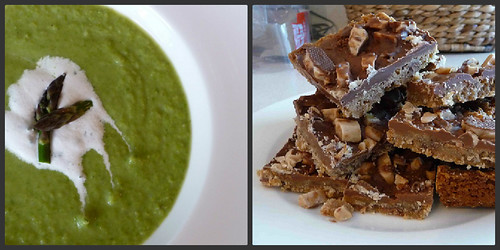 One of the most common mistakes when people embark on their food photography journey is using the camera's built-in flash. Unless you have a speedlight, or something equally fancy, you probably want to stay away from flash photography for food. 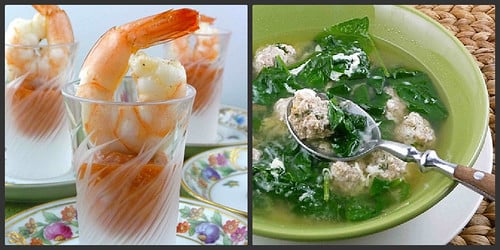 A little less than a year into blogging, I got my first DSLR "big girl" camera. As I mentioned above, gear isn't everything. However, if you can climb that learning curve and learn how to think in ISOs, apertures and shutter speeds, taking consistently decent photos becomes a heck of a lot easier. 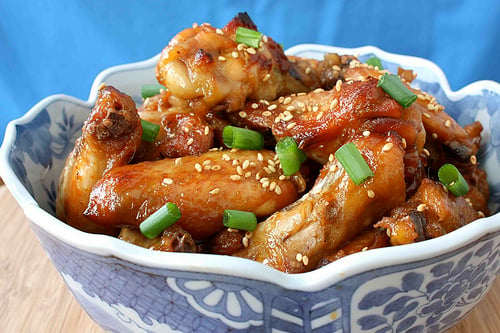 I'll always be grateful to Todd and Diane of White on Rice Couple for teaching how me to shoot in manual mode. It took a little effort to grasp it, but I will never go back. 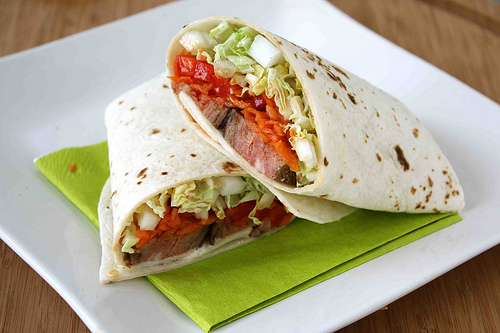 For the longest time, I admired photos on some of my favorite food blogs, and eventually began to realize that the majority of them took photos in portrait (vertical) rather than landscape (horizontal). I started playing around with portrait shots and immediately fell in love. In fact, I fell in love with it to the point that I felt as though I became completely inept in taking landscape photos anymore! 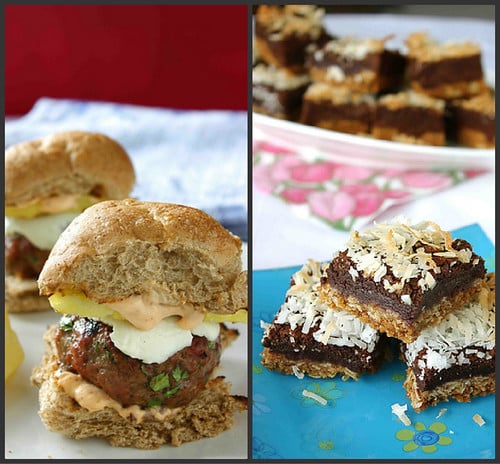 In my opinion, styling the shots becomes far easier when you're working with items in the foreground vs. items in the background. And this lends itself to some of those beautiful bokeh (blurry background) shots that you likely admire in various magazines and blogs.

Even as I started to get a grasp on taking respectable photos for most dishes, beverages of any type baffled me. It was partly the shape of the glass and it was partly the promise (but then frustration) of beautiful back-lighting. I just couldn't get it right! 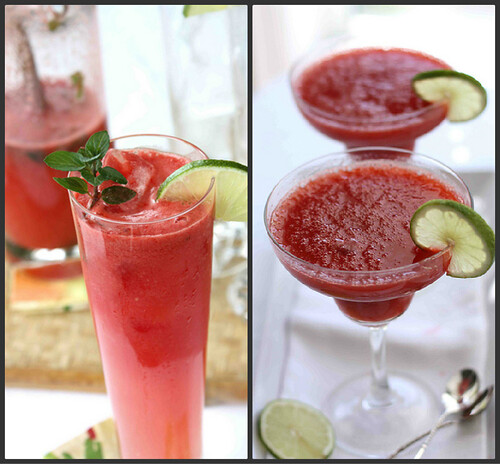 That just meant I needed to make far more cocktails so I could photograph them, right? All for the sake of the blog.

Show Me Your Best Side

I find myself falling into ruts with angles. Angle of the camera, angle of the light, angle of my body. Someone once told me to play around more - move the food, move the light source, move my body. And so I do (though sometimes I need a kick in the pants to get myself moving again). 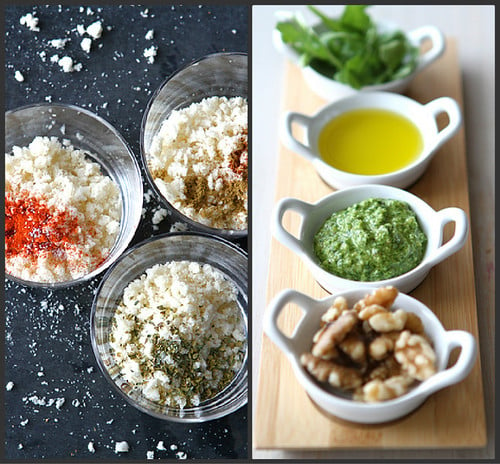 Another word of wisdom from Todd and Diane of White on Rice Couple: Think of your light source like a clock. The dish is placed at the center of the clock and you are at 6 o'clock. What effects can you achieve by shifting your body or your set-up? Play around. You'll be amazed at the changes that can be achieved with a little shift. 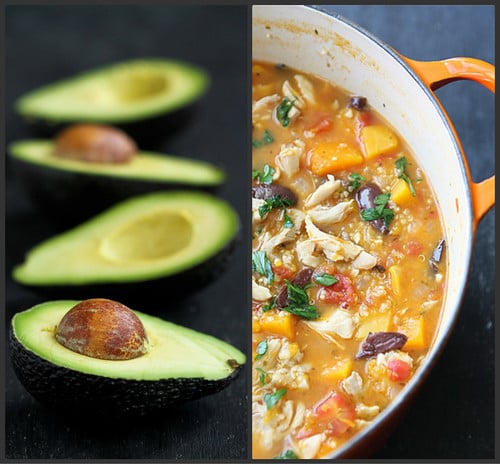 Even though I started to improve with lighting and angles, I found that I couldn't achieve the sharpness and focus that I admired in so many other photos.

After playing around A LOT, I found there are several things you can try to reduce camera shake: 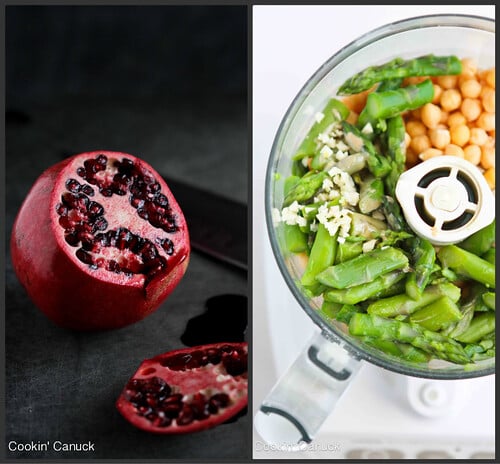 How to: Seed a Pomegranate
For Asparagus Hummus for Healthy Snacking

The other thing that's helpful is investing in a decent photo editing software package, such as Adobe Lightroom. Not only does it give you control over exposure, saturation, white balance (and much more), but it can help to sharpen certain areas of the photo that may need a little boost. 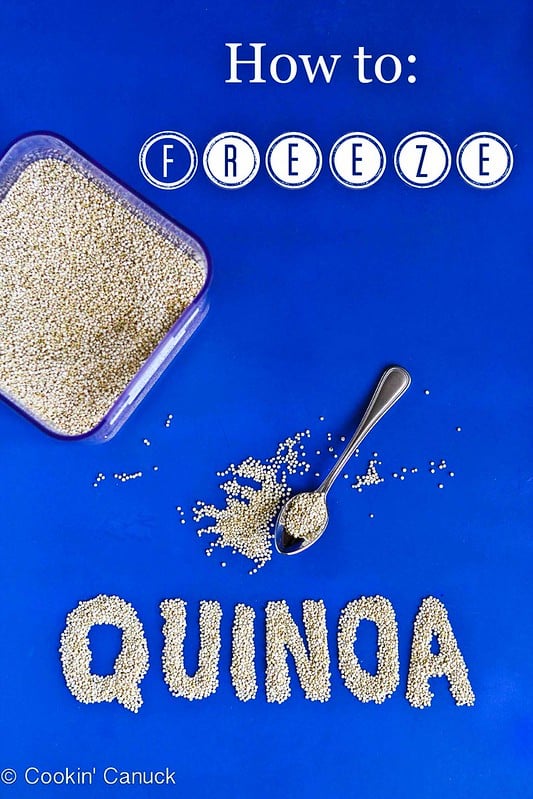 How to: Freeze Quinoa

I wasn't going to let cocktails get the better of me! No way.

Okay, they're not perfect, but I finally feel comfortable shooting these photos. Overhead, eye level, back lighting, side lighting...I'm still playing around, but I'm get a good handle on those darn things. 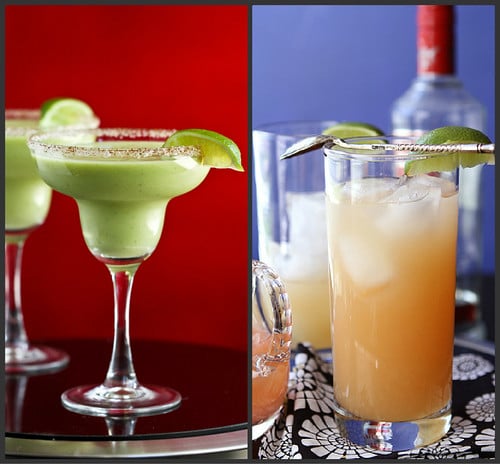 And so I have a long way to go. But, oh, how far I've come. And for that I feel proud and satisfied.

Thank you for four years of your loyalty and friendship. I hope to keep writing, photographing and cooking for many, many years to come.