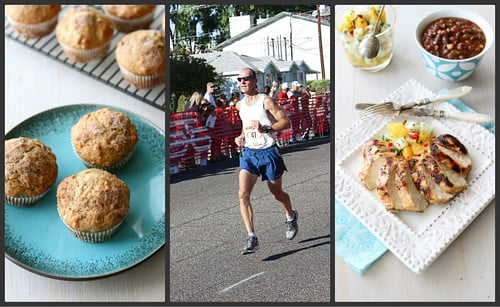 Tomorrow is a big day for my husband (S). Though, to tell the truth, I'd be hard-pressed to say who is more nervous, him or me. He is set to run the Ogden Marathon (Utah). Now, this is not his first marathon; in fact, it's his ninth. But there's something different about this one. Despite the fact that we are both runners (see my half-marathon story), I'd bet my best chef's knife (that's saying alot - I have deep affection for my chef's knives) that we will never run together. You see, the little speed demon's marathon PR (that's running lingo for "personal record") is 2 hours 43 minutes. Yeah. As I was saying...never running together. So, what makes this marathon different for him?

When S first read about the USA Masters Championship Marathon (a bunch of really speedy men and women over the age of 40), a dream started to form in his mind. What if he could qualify for that race? The marathon is set to be held in October in Minnesota, in conjunction with the Twin Cities Marathon. In order to qualify, S has to run the marathon in...brace yourselves...2:40 or less, which means he has to average 6:04 per mile. For 26.2 miles. Insane! Did I mention that we're never EVER running together?! 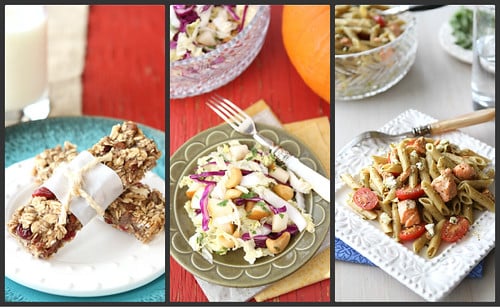 Shaving three-plus minutes off of a marathon time may not seem like a big deal. But when you're already pretty fast, cutting back your time is really hard to do. So S set out on a mission to train harder and eat more healthfully than he ever has before. His diet is packed with whole grains, lean proteins and plenty of fruits and vegetables. Except for a couple of handfuls of his mum's Christmas cookies around the holidays, he hasn't consumed any desserts for about six months. (Believe me, when you're on a weight loss journey like I was, it is very helpful to have a partner in crime in the eating arena.)

In addition to eating well, he increased the intensity of his training, adding in longer tempo runs (running at race pace), faster intervals (a variety of sprints) and a greater number of long runs (more Sunday morning 20 to 22-milers).

His dedication and gumption are nothing short of inspirational to me. He set a goal and put his heart and soul into attaining it. He knows there's a chance he may not break 2:40, but he's can feel satisfaction in knowing that he showed some serious chutzpah. On Saturday morning, whether you're sipping your coffee or out for a run of your own, please send some good karma to S. My boys and I will be standing at the finish line, cheering our hearts out for him, regardless of how fast he runs. He is our hero!

Have a fantastic weekend!