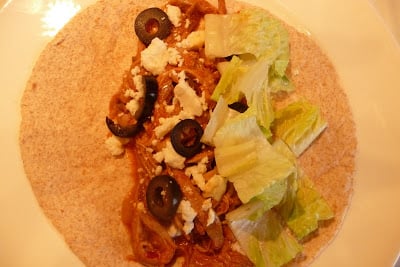 Put it in the crockpot (slow cooker) by noon and have a flavorful, hearty meal by dinnertime. Each time I walked back into the house yesterday, I was greeted with a wonderful smell and the knowledge that I didn’t have to think about dinner.

I first tried this recipe at my friend’s house when we were there for a Superbowl party and my family fell in love with it.  My friend, SK, got it out of a Cooking Light cookbook. I made a few changes (can’t help myself) and it’s now a regular on our menu.

So, the game is always fun to watch, but really…it’s all about the ads, isn’t it?  This one was my favourite this year.  Nothing like some good “hit-the-guy-in-the-crotch” humour.

Following along in the Superbowl vein, I was pretty darn proud of the cake I made for the occasion. 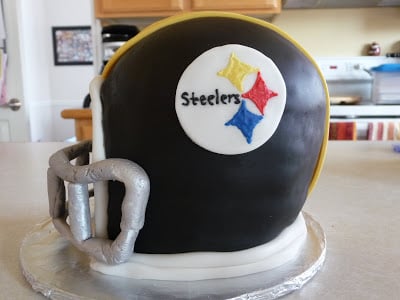 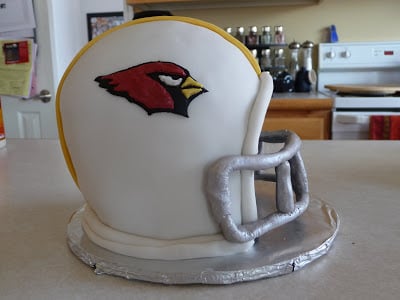 Alright, enough patting myself on the back…my shoulder’s getting a little sore.

Moving on – taco time! Prepare a 1 lb pork tenderloin by removing an excess fat, though there won’t be much since this is such a lean cut of meat, and removing the silverskin. The silver WHAT? It’s that layer of white, opaque connective tissue that on the surface of the pork.  Bet you never knew it had a name (besides gross white stuff). 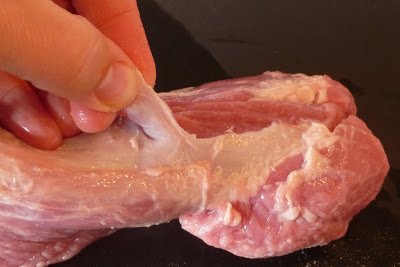 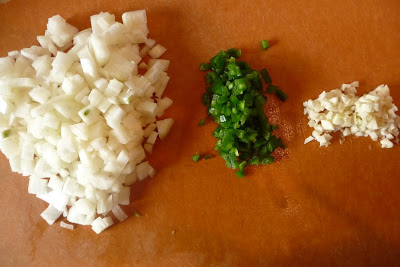 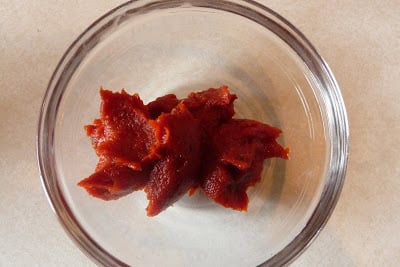 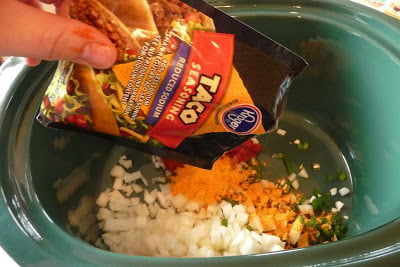 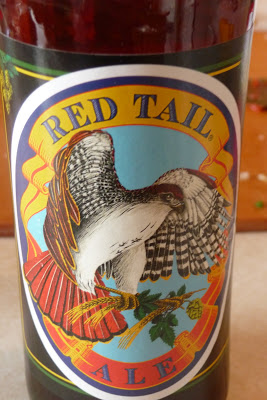 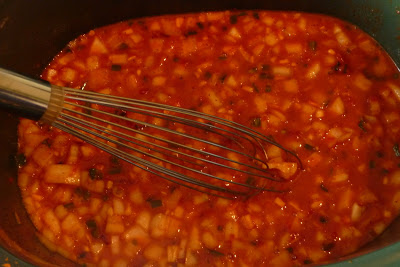 Add the pork tenderloin. Set the crockpot on Low and cook for 6 hours.

Remove the pork from the crockpot. Don’t touch that cooking liquid – you’re still going to need it. Using two forks, shred the pork into thin strips. The pork should be so tender that this will take minimal effort. 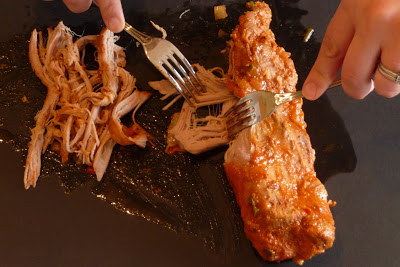 Return the pork to the crockpot and mix it with the liquid. Stir in 1/4 cup cilantro.

Preheat the oven to 250 degrees F. Wrap flour torillas in foil and warm in the oven. Place a torilla on each plate, fill with some shredded pork, and garnish with queso fresco cheese (Monterey jack will also work, but queso has better flavour). Use whatever toppings appeal to you – sour cream, guacamole, onions, lettuce, black olives – go crazy! Fold in half and serve.

1 (1-pound) pork tenderloin, trimmed
1/2 cup chopped onion
2 cloves garlic, minced
1 jalapeno pepper, seeded and minced
1 package taco seasoning
1/2 cup beer or water
1/4 cup cilantro
8 flour torillas
1 cup queso fresco, crumbled
Toppings: shredded lettuce, black olives, onions, sour cream, guacamole
Prepare the pork tenderloin by trimming excess fat and the silverskin.  In the crockpot, placed the chopped onion, garlic, jalapeno pepper, taco seasoning, tomato paste, and beer.  Stir well.  Place the pork in the crockpot and mix with the liquid.  Set the crockpot to low and cook for 6 hours.
Remove the pork from the crockpot and, using two fork, shred into thin strips.  Mix the shredded pork into the crockpot liquid.
Preheat the oven to 250 degrees F.  Wrap the tortillas in foil and warm them in the oven.  Place one tortilla on each plate, fill with some shredded pork, and top with queso fresco and other toppings.
Serve 4.
Printable recipe
310Shares