This turkey panini recipe is always a favorite in our house. The simple mix of turkey, apple, Cheddar cheese and arugula is delightfully simple and tasty. 235 calories and 5 Weight Watchers SP 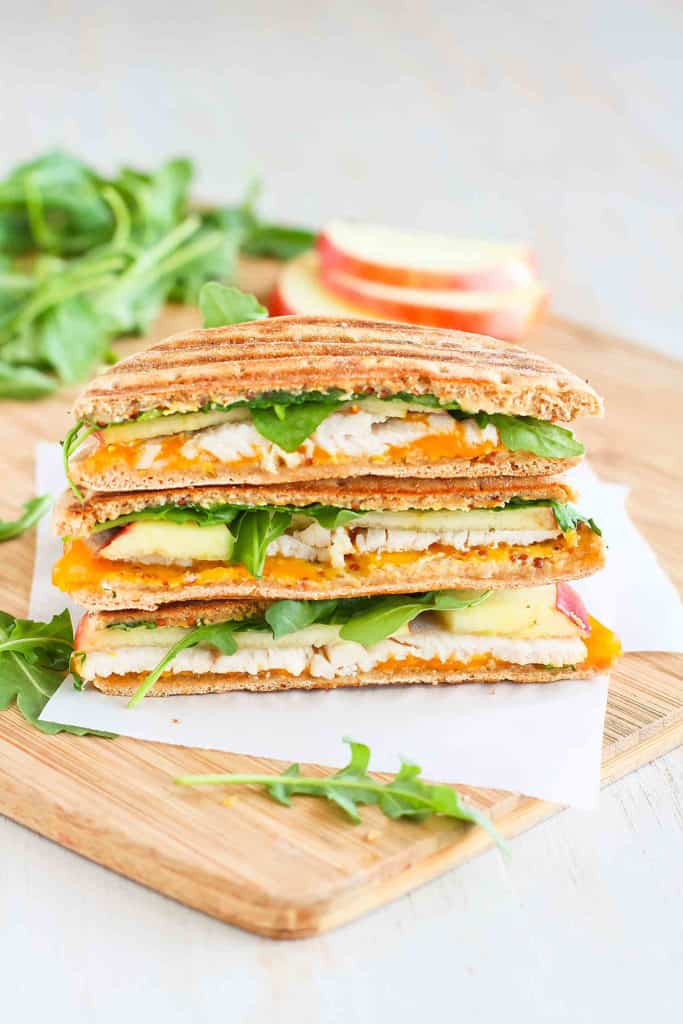 This turkey panini recipe is one of my favorite light lunchtime meals. Super quick and easy, with an unexpected flavor combination that was inspired by a sandwich that my husband discovered years ago.

Long before we first hurtled down the luge-like chutes on wheeled carts during the summertime at Snowbird and Park City ski resorts, my husband (Steve) and I knew "alpine slides" as something completely different.

When we lived in New York City years ago, Steve drove out to Danville, New Jersey a few times each week to meet with clients. I remember the day when he came home and said, "I found this great deli today that had the best sandwich. It's called the Alpine Slide." 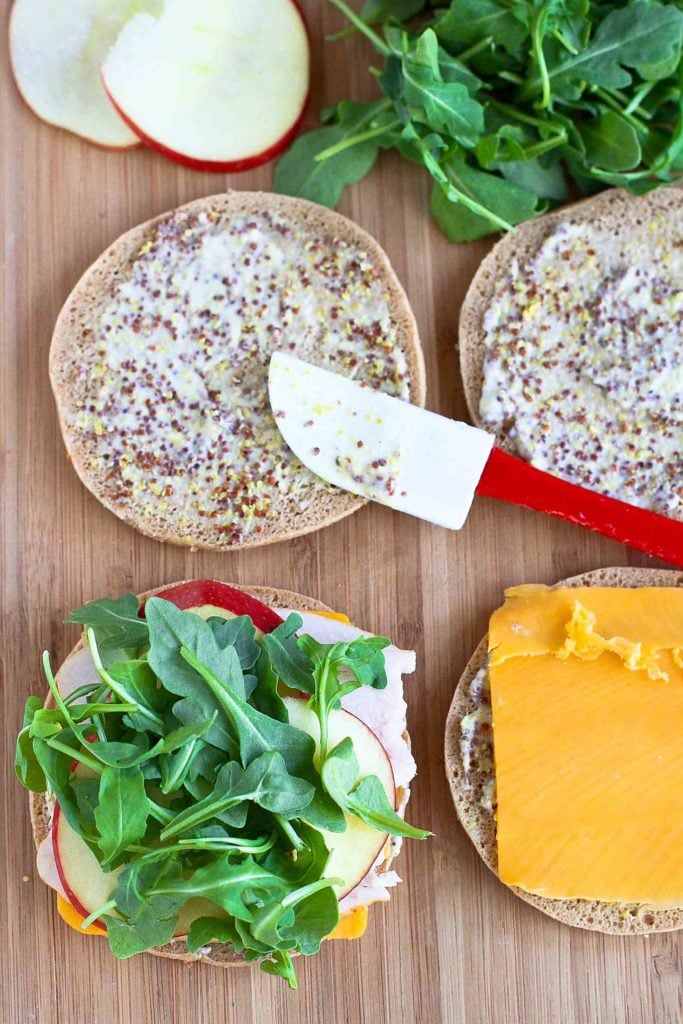 The Alpine Slide was a simple turkey sandwich on 7-grain bread. What made it special was stone ground mustard with a kick, sharp Cheddar cheese and slices of crisp apple. Ever since those days in New Jersey, we've slipped two or three slices of apple into our turkey sandwiches. The sweet crunch can take a sandwich from good to great. 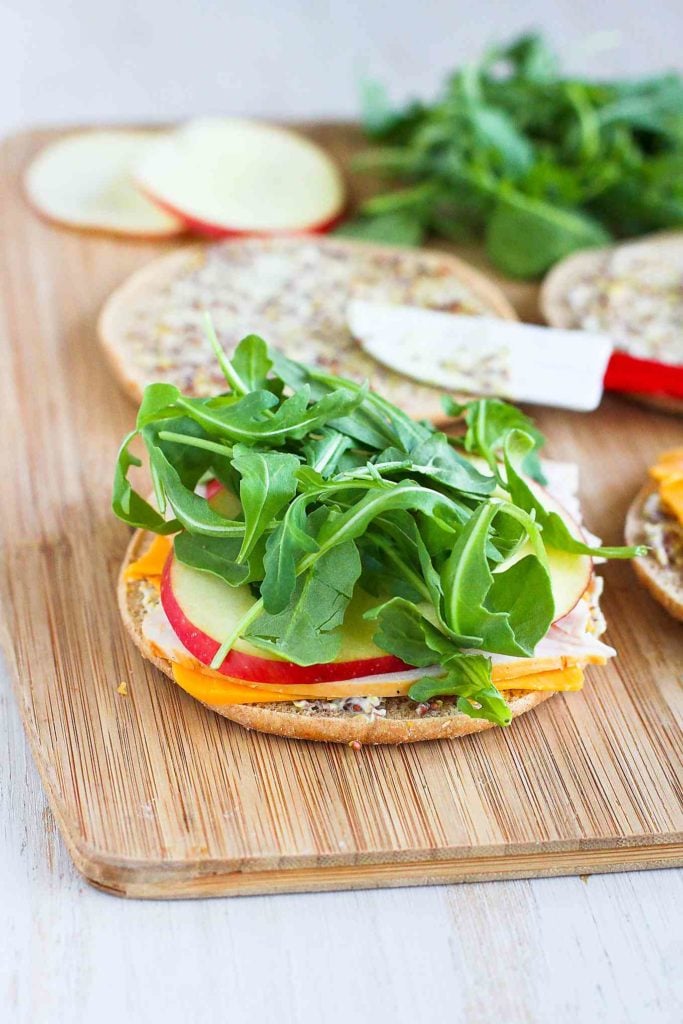 Ever since my family bought me a panini press for Christmas a few years ago (they know the way to my heart), that appliance has been used at least three or four times per week. Sausages, panini, fish, chicken. You name it, it gets taken for a test drive on the panini press. So naturally, I thought it would be best to give the Alpine Slide a turn on the press. Melted cheese is always a good decision.

What if I don't have a panini press?

If you don't have a panini press, no problem. You could use a George Foreman Grill (affiliate link) or cook the sandwich in a skillet or grill pan (this is the one I have - affiliate link) with a brick (covered in foil, please!) on top. 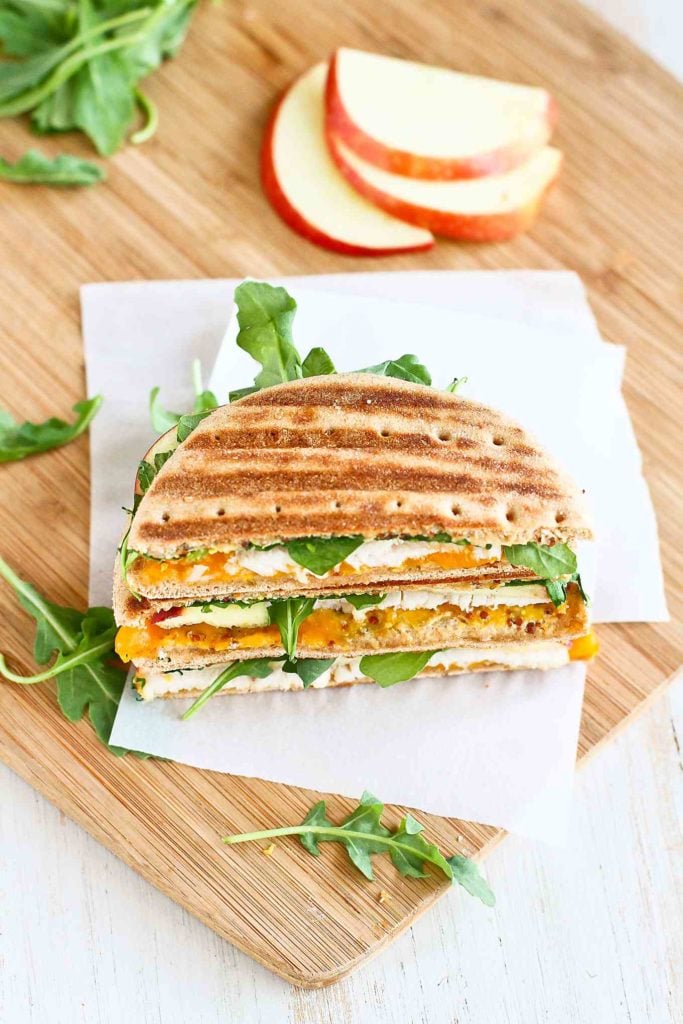 How to make a light turkey panini: 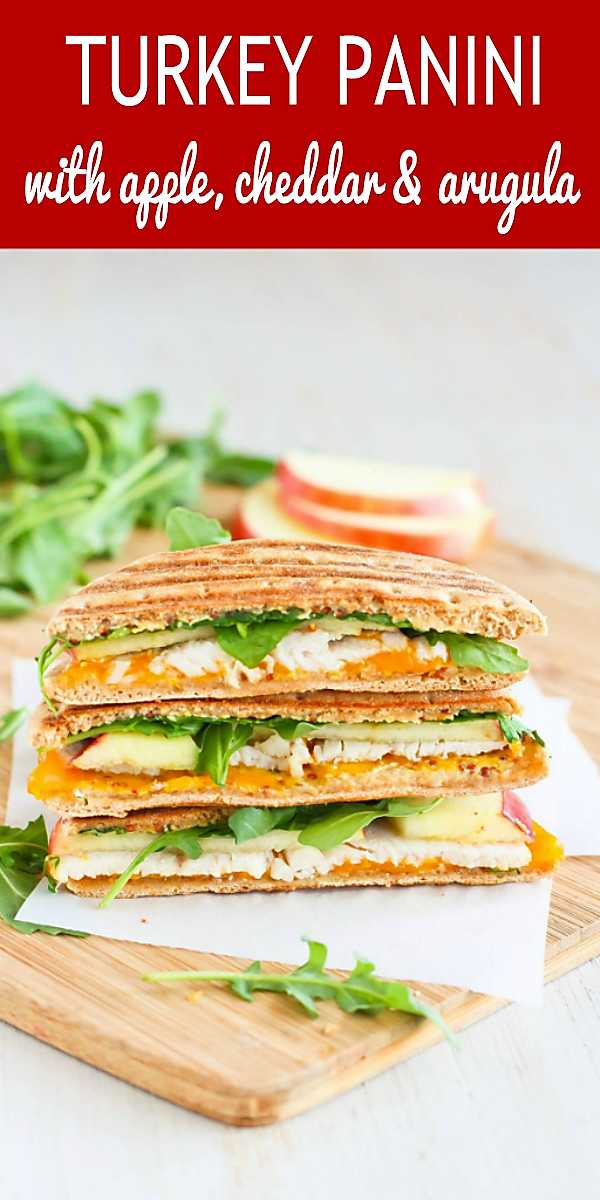 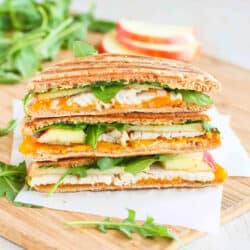