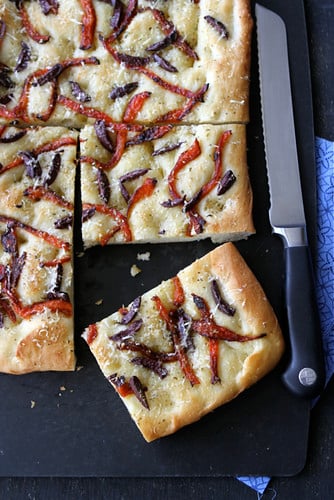 Unless your name is Jacques Pepin or you have "Iron Chef" emblazoned on your apron, it's likely that there's something in the kitchen that stumps you. A culinary Achilles heel, so to speak. For me, that stumbling block is pie crust, much to my pie-loving family's chagrin. However, for a long time, it was bread dough or, more specifically yeast, that tripped me up. Okay, I admit it. I was terrified to do anything with those little granules, convinced that I was destined to make loaves of bread that were more fit for passing around the hockey rink than eating.

When Anuradha of the inspiring baking blog Baker Street asked me to kick off her series on yeast breads, I was more than happy to share the tips I learned since tackling my fear of yeast. This recipe for Focaccia with Roasted Red Peppers with Olives, along with those tips, can be found over on Anuradha's blog. It is on a take on one of my favorite focaccia recipes with caramelized onions, tomatoes and rosemary.

While you're there, be sure to browse through Anuradha's site. Her recipes, such as Nutella Cream Cheese Chocolate Cake and Blueberry Lime Bread, are what dreams are made of. Every Monday she posts a new muffin recipe in her Muffin Monday series. Hazelnut Almond Raspberry Muffins caught my eye right away. 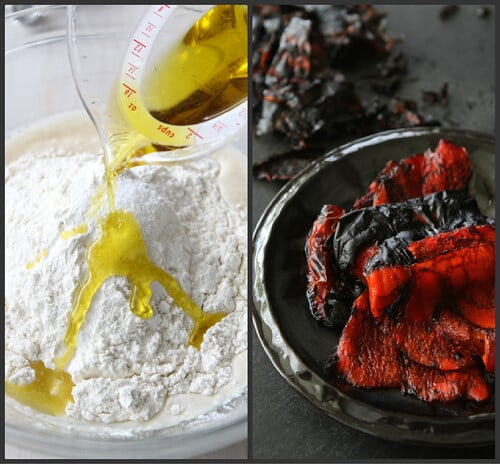 Head over to Baker Street to read the post and find the recipe for Focaccia with Roasted Red Peppers and Olives. Thanks so much to Anuradha for asking me to be a guest on her wonderful blog! 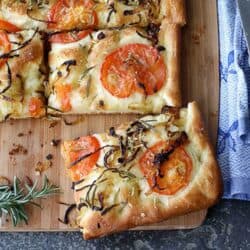