Ever wonder how to seed a pomegranate without making a huge mess? This step-by-step photo tutorial will show you how to do it. 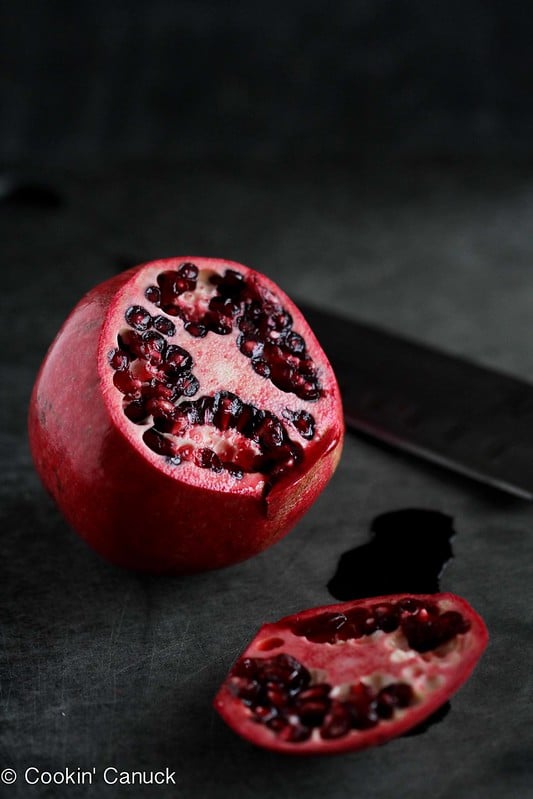 This is the height of pomegranate season and those beautiful baffling fruit seemed to demand a return of my “How to” series. I steered clear of pomegranates for a long time because I heard stories of blood red-spattered kitchens and stained countertops acting as innocent bystanders to the seeding of pomegranate seeds (called arils). But I was determined not to be bested by something that grows on a tree. It turns out that it really isn’t that difficult to release those crunchy, juicy seeds from their seemingly inhospitable casing.

Of course, there is more than one way to skin a…well, you know. (I have two felines that might be a little miffed if I completed that sentence.) Anyways, my point is this: if you have a tried and true method of seeding pomegranates, feel free to share it in the comments section.

After seeding several pomegranates, I took an average of the bounty. It turns out that one large pomegranate yield approximately 3/4 cups of arils. I thought about buying the flat of pomegranates that is sold at Costco, and wondered about freezing the arils. After reading through various sites and forums online, it seems that this is only recommended if you plan to use the arils for juicing after you thaw them, as the arils lose their pleasant “pop” after freezing. 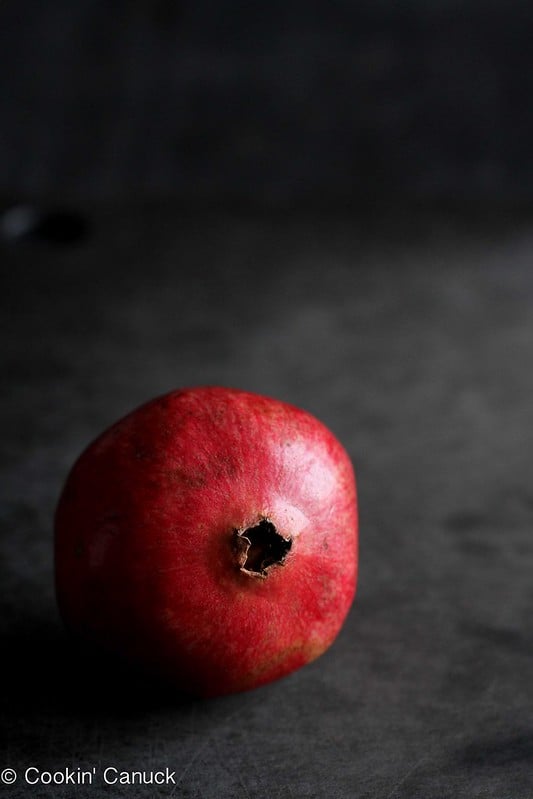 How to seed a pomegranate

Cut the ends off of the pomegranate, but don’t discard them. There are precious seeds still tucked inside of those ends! 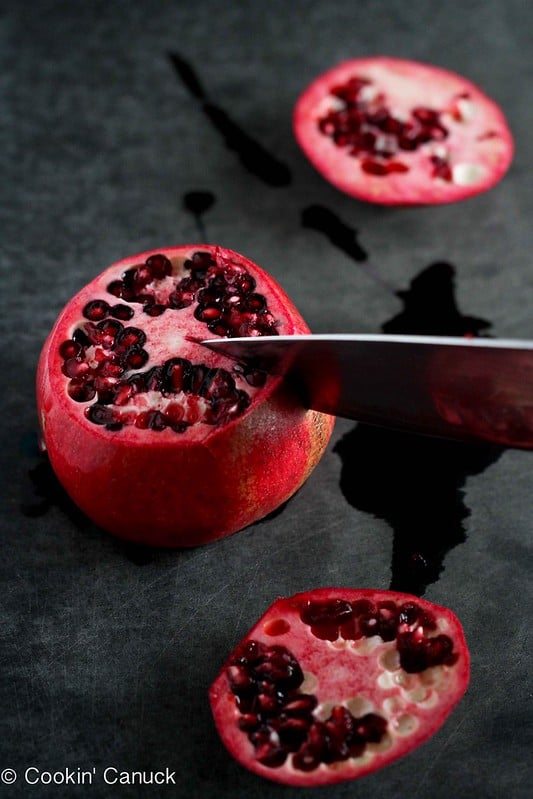 Place the pomegranate in a large bowl of water. Make sure that the water is high enough so that you can completely submerge the fruit, so that the juice squirts into the water, rather than out of the bowl (and onto your pretty white sweater…because, inevitably, that’s what you’ll be wearing when you splatter blood-red fruit juice all over your front).

Using your hands, break apart the pomegranate at the scored sections.

Now there are a couple of different ways to do the next part. I typically use the first method, but have been told by a friend that the second method is sure-fire and easier:

Method 1: Use your fingers to remove the arils, separating them from the membranes.

Method 2: Hold a pomegranate piece, aril-side down into the water, and whack the skin with a wooden spoon. The arils should fall out into the water. Sounds kind of fun, and oddly satisfying. 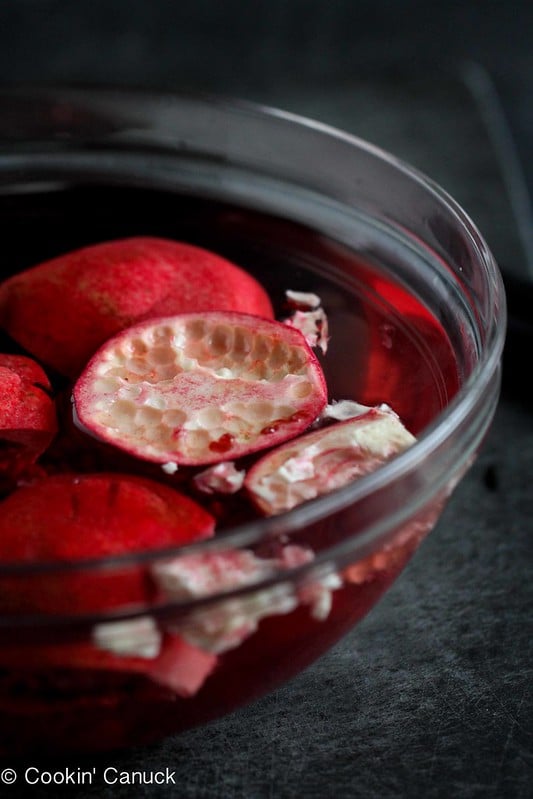 The empty membranes of the pomegranate will float to the surface of the water, and the arils will sink to the bottom of the bowl.

Use a slotted spoon to remove and discard the membranes. 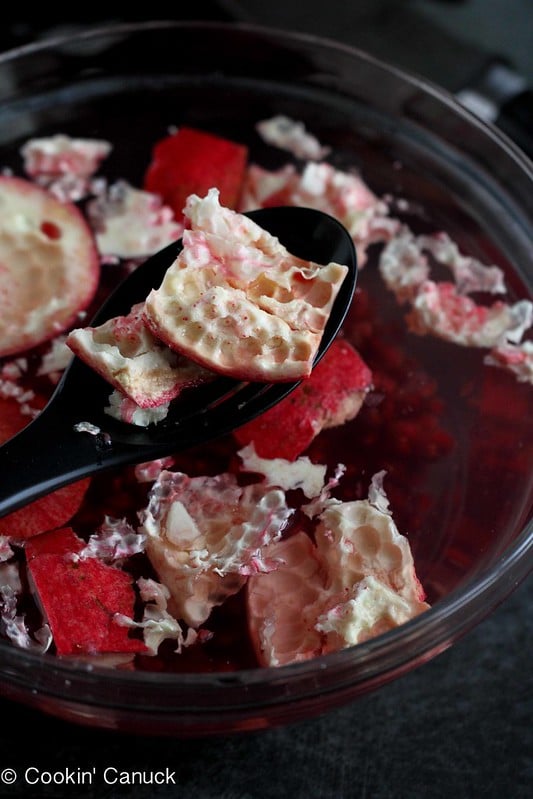 Pour the contents of the bowl into a strainer. 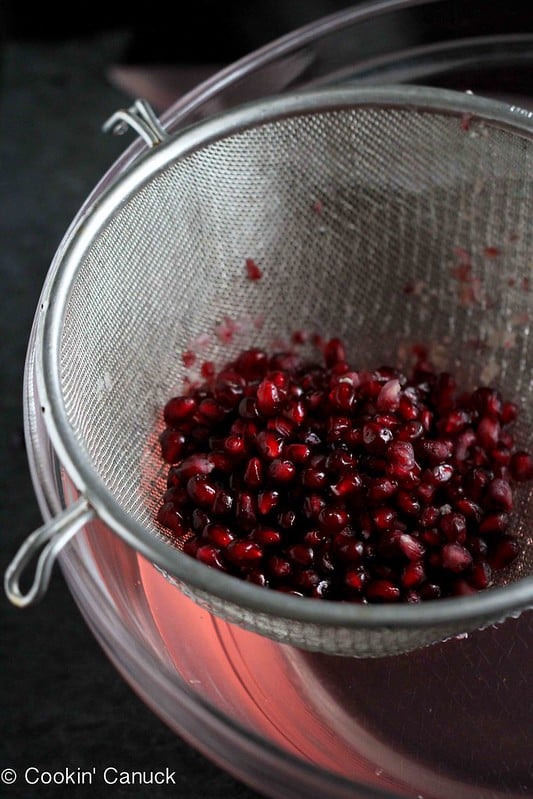 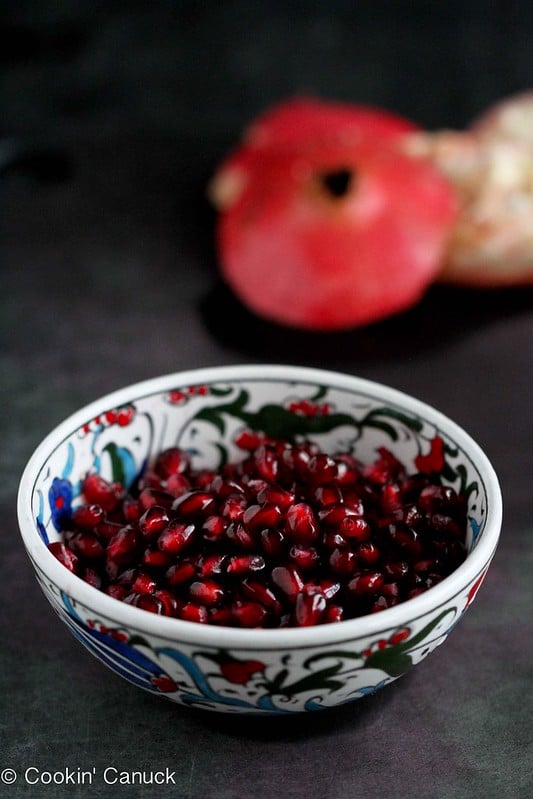 Now that you know how to seed a pomegranate, you’ll need some recipe idea. Here are a few to get you started: 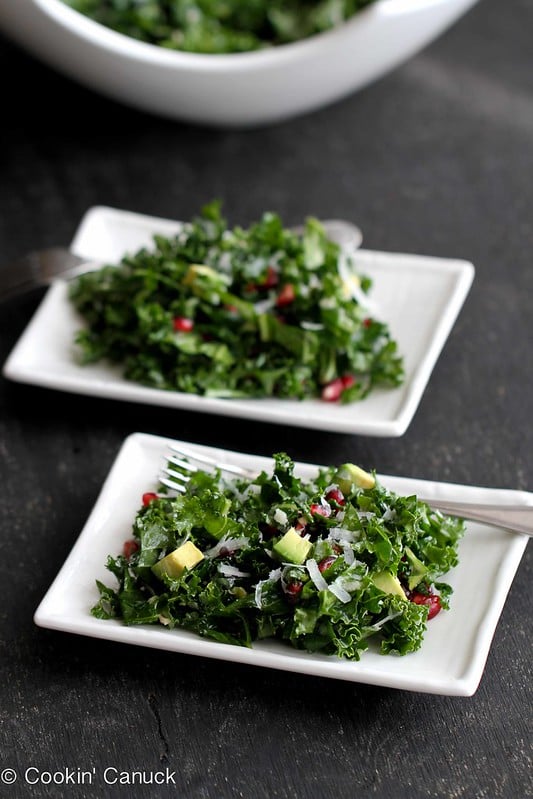 3296Shares
« Grated Cauliflower Salad Recipe with Peppers, Carrots & Capers
Most Popular Recipes for the Past Year on Cookin’ Canuck »