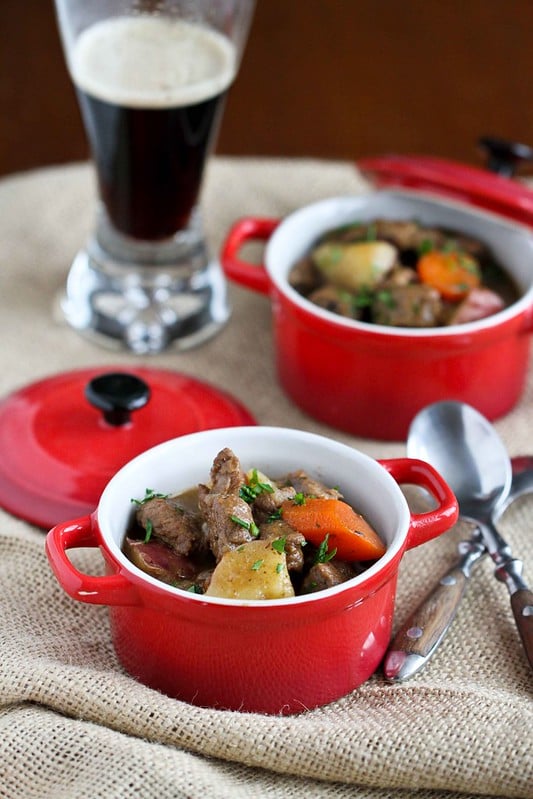 Last year in my Asian Quesadilla with Hoisin Sauce post (a decidedly non-Irish dish), I told you about my youngest son’s (T) run-in with a wiley leprechaun. He darn near caught the emerald-clad little bugger. Just a minute earlier and we would have had him! This year, we’ll have to lay out a different kind of temptation, one that will make the little fellow linger longer.

The plan will start with a frothy Guinness beer in a frosted pint glass. No self-respecting leprechaun would dare let a pint of Guinness sit untouched. Maybe the beer will be just the thing to slow his reflexes, an edge that we’ll surely need in this cat and mouse game. But the plan doesn’t stop there. Oh no!

I think T will agree that a hearty Irish stew, one with tender lamb and chunks of potato and carrot simmered in Guinness and beef broth, will be just the thing to hold our inebriated little visitor’s attention long enough to complete the capture. If he cooperates and willingly returns any of T’s coins that he stuffed in his green britches, perhaps we’ll reward him with an Irish Cream Cheesecake Fudge Brownies.

Whether or not you have a leprechaun problem at your house, you might be tempted to celebrate St. Paddy’s Day with something other than off-colored lager, which I always find to be a rather disconcerting practice. Instead, treat your fellow revelers to a classic stew with flavors that just can’t be beat.

Head over to to allParenting for my recipe for Irish Stew with Lamb, Potatoes & Guinness.

Other recipes for St. Patrick’s Day: 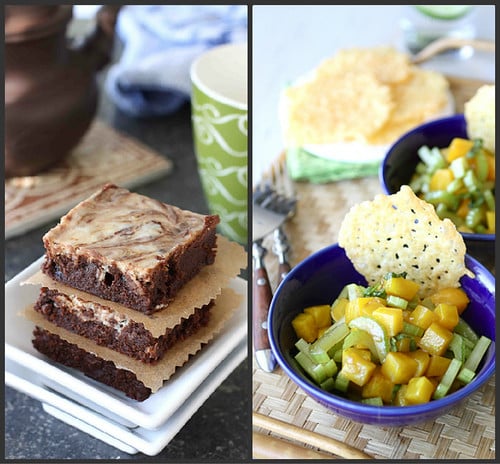