Whip up this light egg salad recipe, served in cucumber boats, for a quick pick-me-up snack in the afternoon or a healthy lunch. 98 calories and 0 Weight Watchers Freestyle SP 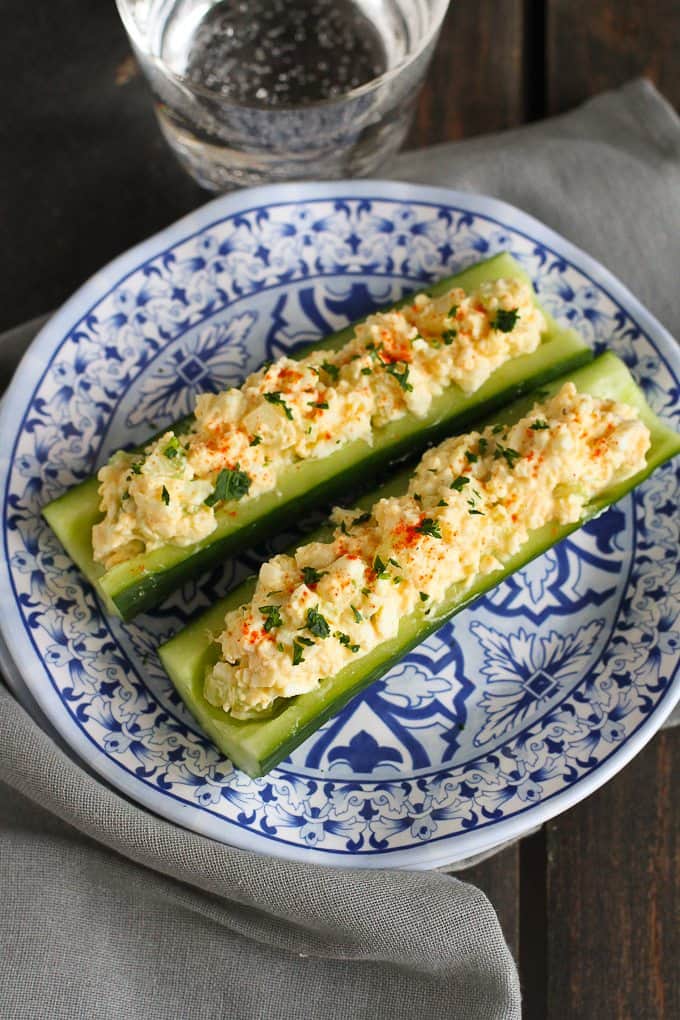 My friend and I always had a good laugh over egg salad sandwiches when we were kids. Well, it wasn't actually the egg salad sandwiches, but rather our two mothers who ate them together. They would sit down with their sandwiches, crusts cut off, while my friend and I went to play. An hour later, we'd come back into the kitchen and they'd STILL be eating their sandwiches. We couldn't fathom how it could possibly take two people so long to eat two sandwiches. Weren't there more important things to do, like shoot hoops in the backyard or play with my friend's new Barbie camper? 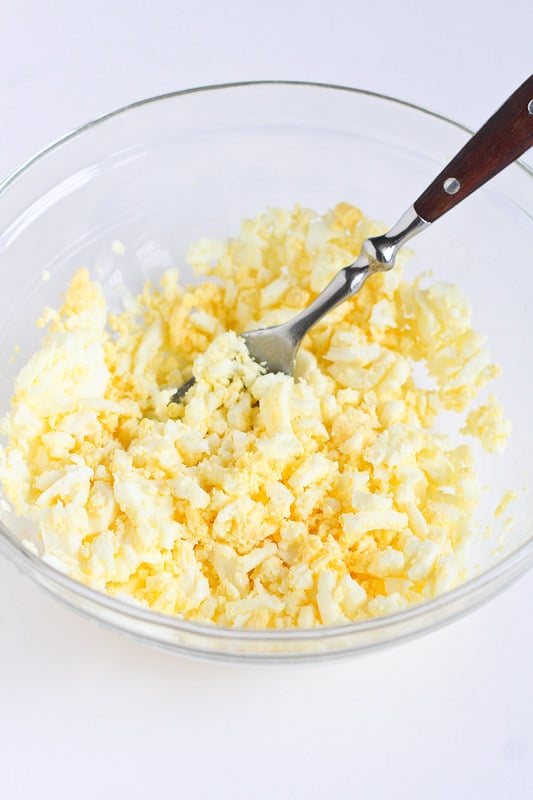 Whether you eat it quickly or savor every bite, egg salad is a great healthy lunch option, particularly when made with plain Greek yogurt. This is my favorite version of egg salad, but the mixture tucked inside of these cucumber boats, complete with a dollop of Dijon mustard, comes in a close second.

The cucumber boats are dead simple to make. Simply cut an English cucumber in half, both crosswise and lengthwise, then scoop out the seeds with a small spoon or measuring spoon. Scoop the egg mixture into the boats, sprinkle with a little cayenne pepper if you like things spicy and serve. 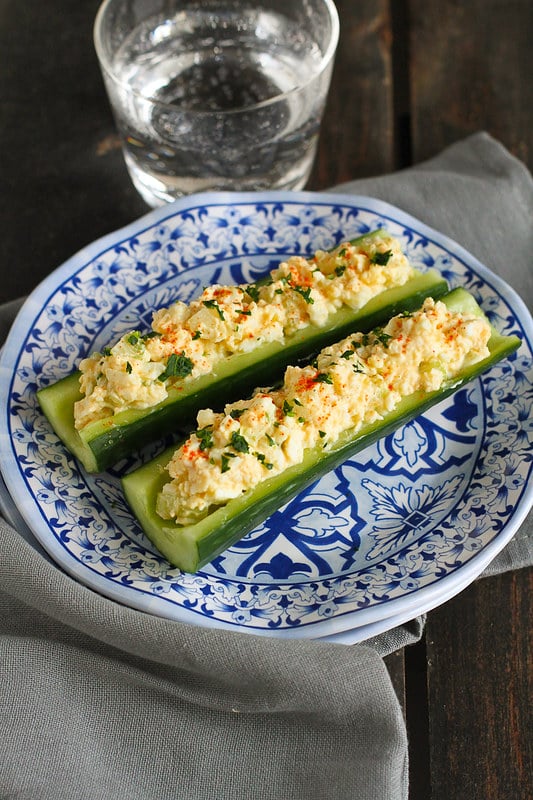 One of these filled cucumber boats is only 98 calories, which makes for a perfect pick-me-up snack in the middle of the afternoon. Serve up more than one, alongside a handful of whole grain crackers, for a light lunch. 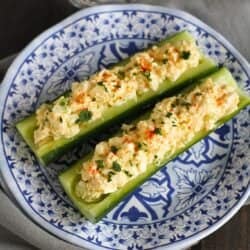