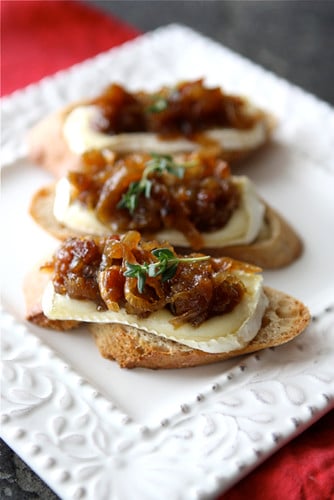 One can never have too many appetizer and hors d'oeuvres recipes. At least that's how my mind works. I would much rather sit down to a tableful of many little dishes than a large meal of one meat, one carb and one vegetable. This is one of the many reasons that I am determined to become close friends with someone who owns a tapas restaurant. Not that I would be using them for their food or anything. Really. In the meantime, I will attempt to squeeze as many hors d'oeuvres onto one miniscule cocktail napkin as is humanly possible at the next cocktail party I attend. This caramelized onion and bacon marmalade, preferably heaped onto a melted Brie cheese-laden crostini, would fit the bill nicely.

As much as I would like to take full credit for this sweet and salty concoction, I simply can not tell a lie. I have good reason to believe that Santa is still watching and I am not willing to have my name pencilled onto the "naughty" list so early in the game.

Rather, it is John of Patio Daddio BBQ that deserves the devotion of all bacon and onion lovers out there. Truly, this recipe is worthy of some serious groveling, as are many of John's other recipes.

Spoon this marmalade onto melted Brie, tuck it into a wrap sandwich or take it intravenously. Just be sure you make some, preferably today. You won't be sorry. 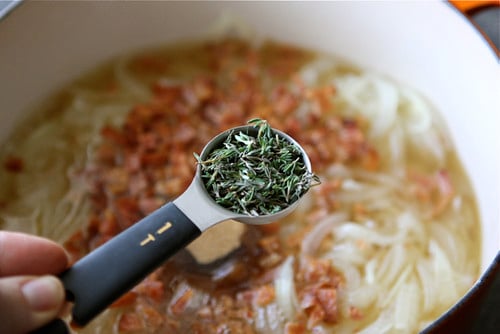 I am featuring this recipe on the Tasty Kitchen blog, along with step-by-step photos. Head over there for the details. 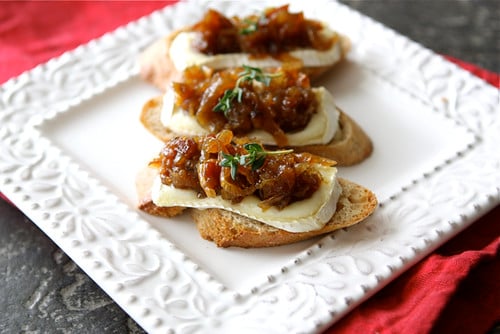