This crockpot chai hot apple cider puts a little spin on the classic fall beverage. Five minutes of prep time and your kitchen will smell like autumn! 110 calories and 4 Weight Watchers Freestyle SP 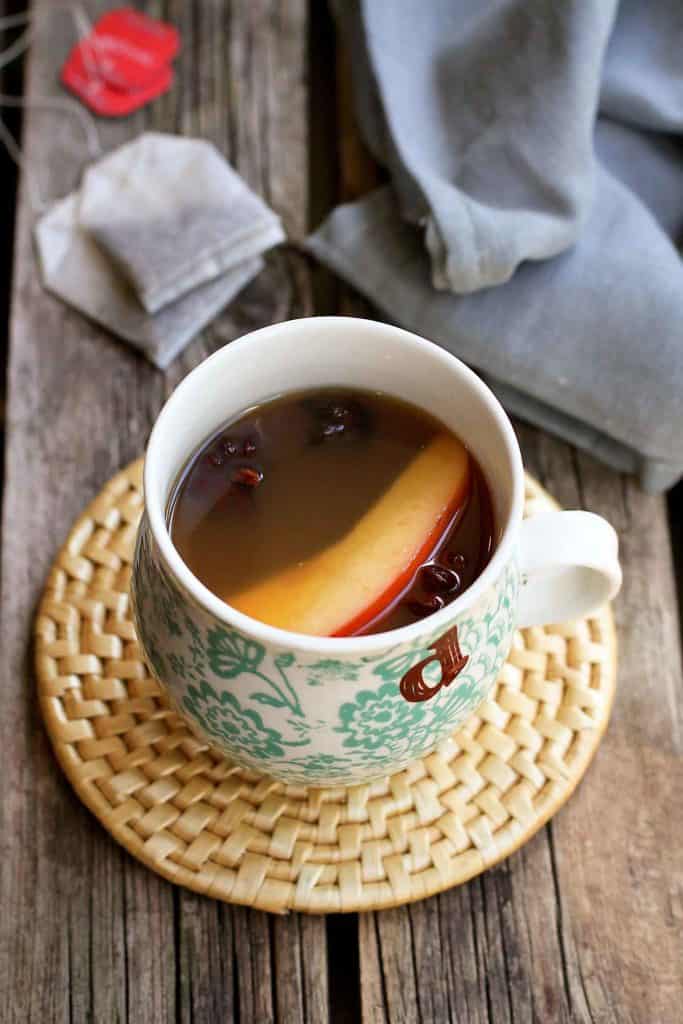 Nothing says fall like the scent of spiced hot apple cider wafting through the house. And while you're cooking up a batch of your favorite soup or stew (Hearty Chicken Stew with Butternut Squash, anyone?), you might as well put the slow cooker to work, too.

The first time I made this crockpot apple cider recipe, my family were drawn to the kitchen like bears to honey, noses in the air and eyes closed in reverential bliss. The flavors of cinnamon, nutmeg, cloves, star anise and cardamom are all tucked away inside of most chai tea bags and add a wonderful spiced flavor to apple cider.

WHAT YOU NEED FOR THIS Chai Hot Apple Cider recipe:

These are the main components for this recipe (including affiliate links)… 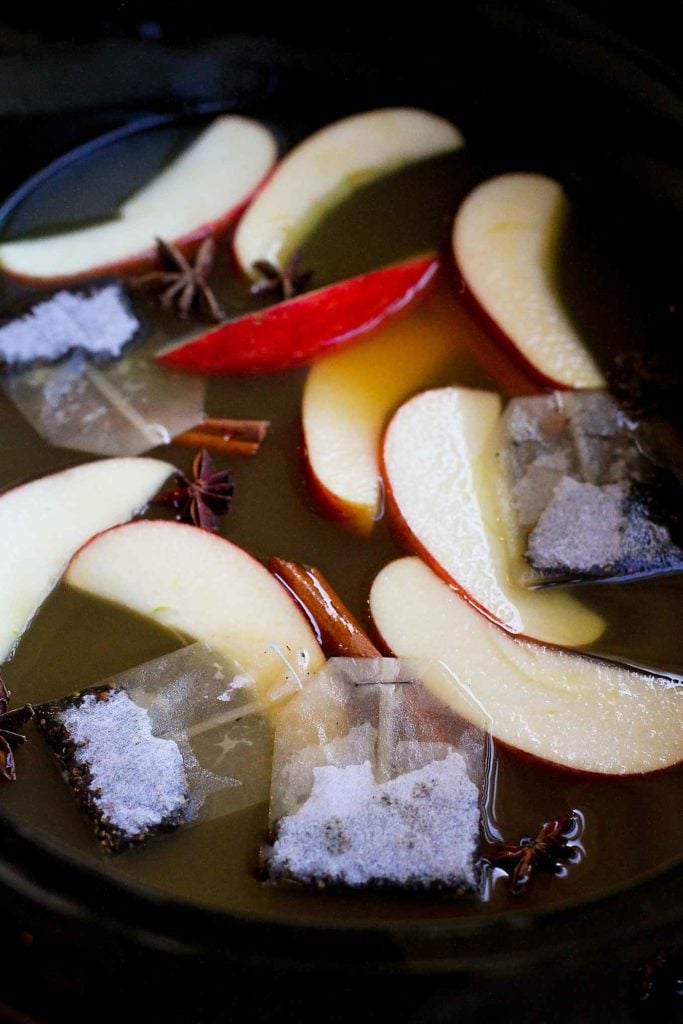 What is star anise and where can I buy it? 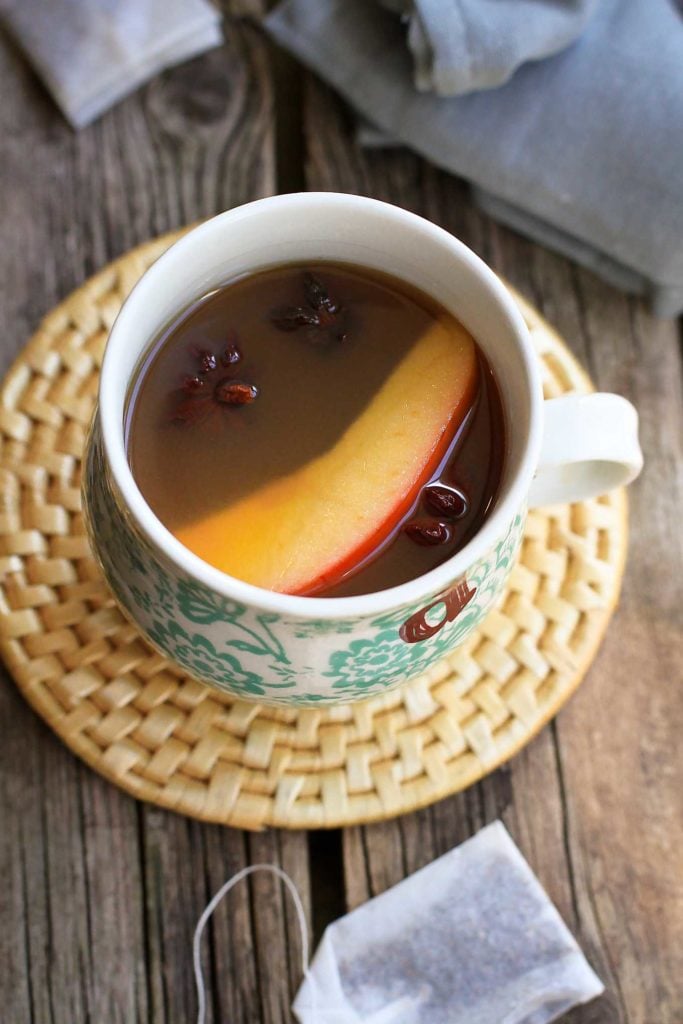 Throw everything into the crockpot - apple cider, chai tea bags, cinnamon sticks, star anise and apple slices - and heat until warm. If you have a large slow cooker and a crowd of people, feel free to double or even triple the recipe. 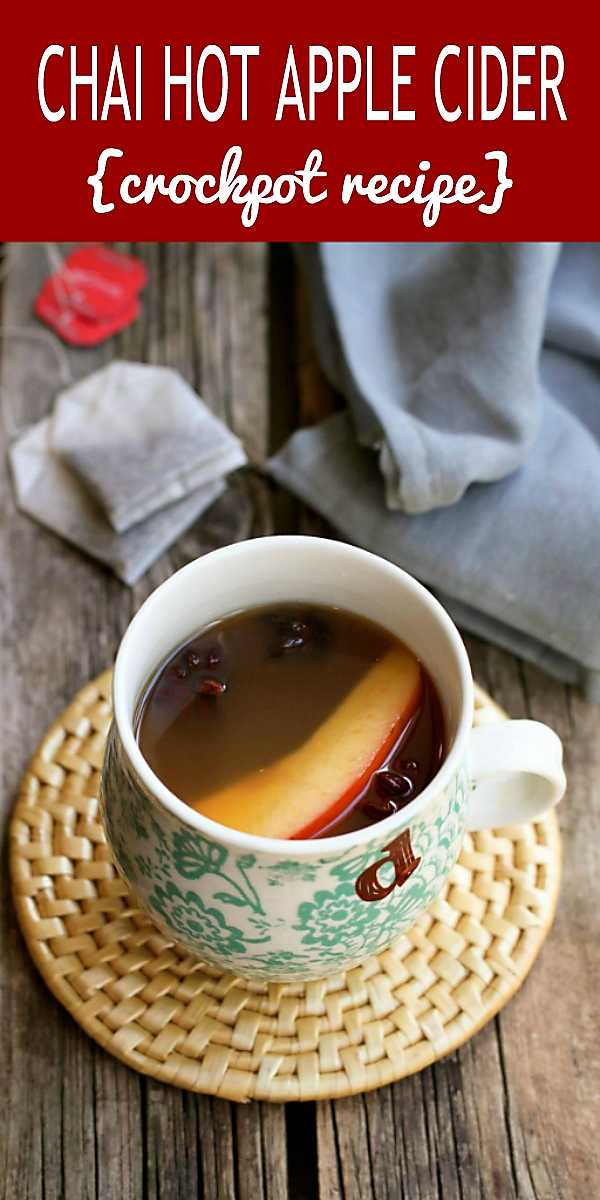 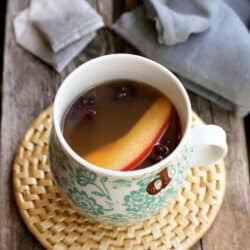