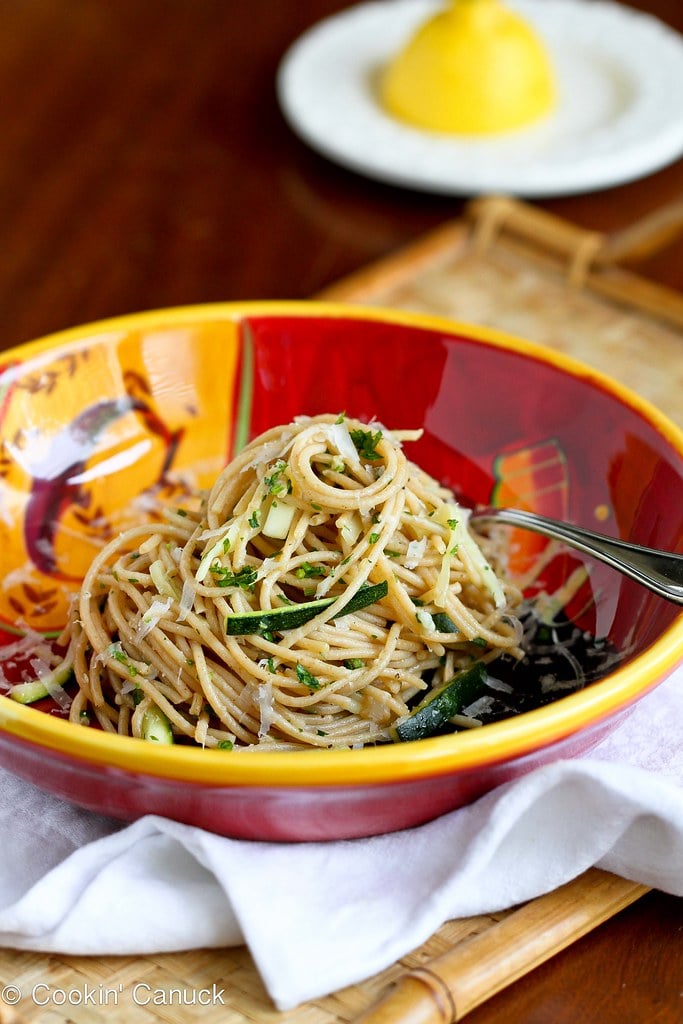 It had been a long time since I've seen a really good food movie. You know the kind I mean...the ones that make you yearn to lock yourself in the kitchen, then chop with abandon while the various sauces bubble away on the stove top.

That was how I felt last weekend after Steve and I saw Chef, a new film starring Jon Favreau. The movie follows Chef Carl Casper on his journey from the kitchen of a high-end restaurant owned by a man (Dustin Hoffman) who wouldn't know a creative meal if it slapped him across the face, and along the path to re-discovering his love of cooking (and learning how to be a dad at the same time). 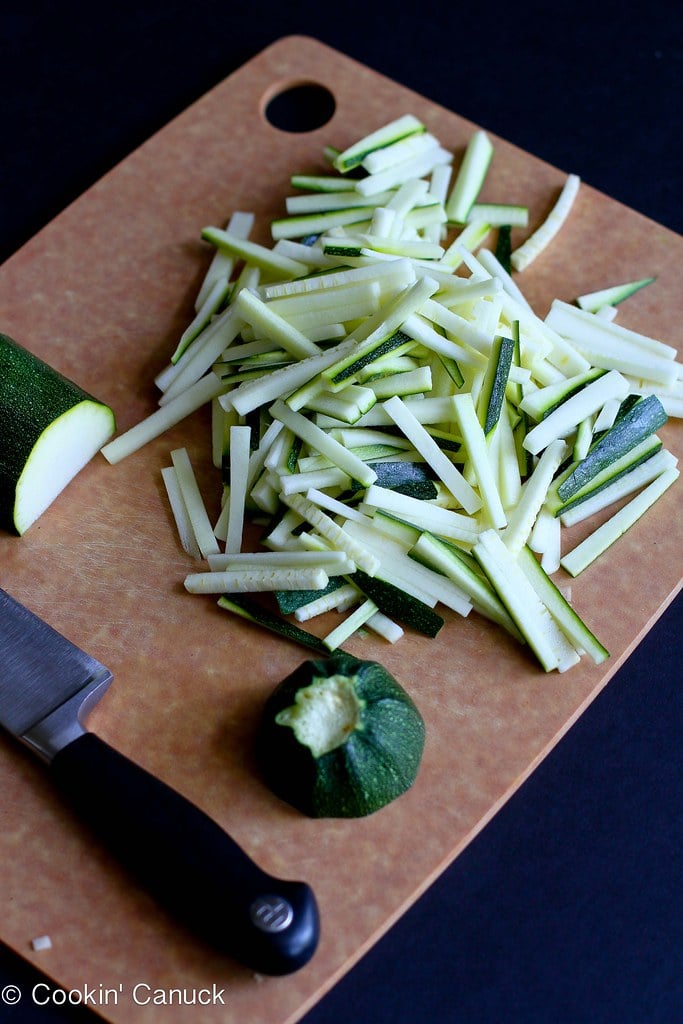 In every food movie I've seen, there has always been a scene that captures my imagination and that, inevitably, I watch over and over again. In Eat Drink Man Woman, it is the opening scene where the father is cooking up a feast for his family that would be fit for a state dinner. In Like Water for Chocolate, the beautiful ritual of Tita making quail in rose petals to express her love for Pedro plays over and over again in my mind's eye. 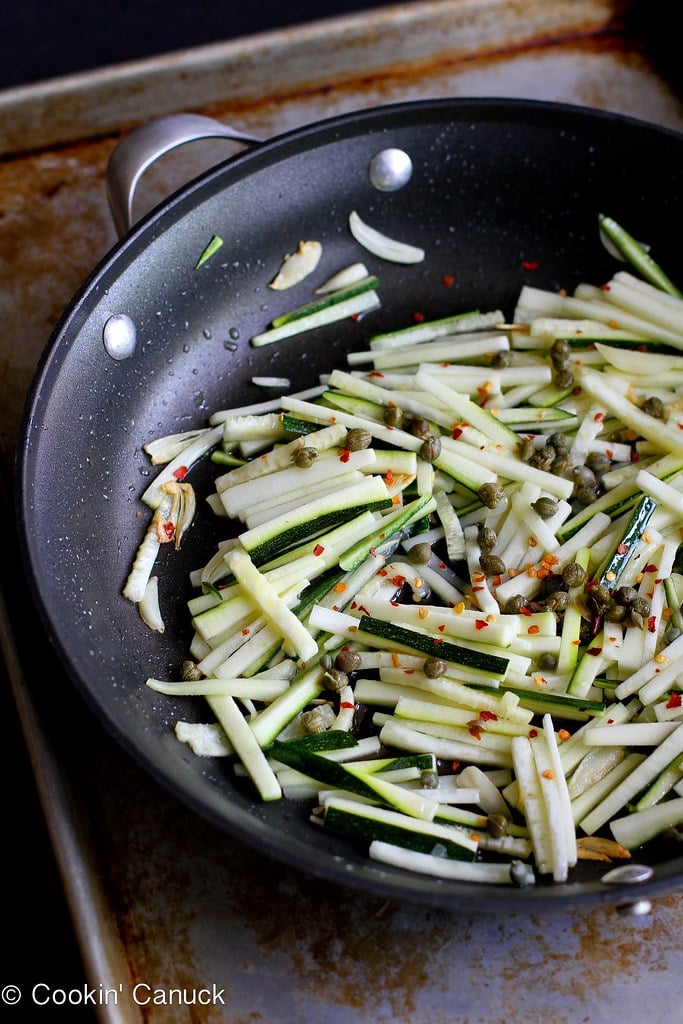 In Chef, it is undoubtedly the scene where Chef Casper silently cooks a meal for the restaurant's hostess Molly (played by Scarlett Johannson) as she lounges seductively on a nearby bench.

The dish is a simple one. Spaghetti Aglio e Olio...garlic and olive oil. The execution is beautiful, like a dance performed for an audience of one. Chef Casper moves quickly and deftly between the pasta pot and the skillet filled with olive oil, bubbling lively. He skillfully adds chile flakes and garlic slices, cooking them to a light golden brown, emitting what I imagine to be a pungent, alluring aroma. 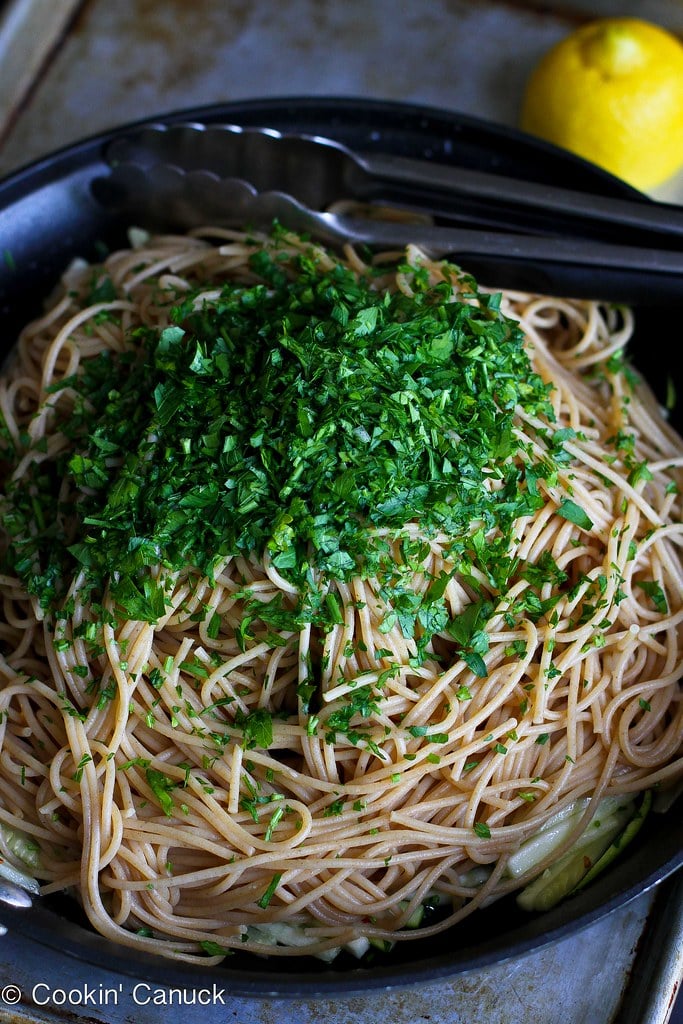 As soon as the pasta is done, the chef lets it slither into the bath of olive oil, tossing it with mounds of chopped parsley and Parmigiano-Reggiano, and seasoning to taste with salt, pepper and a squeeze of lemon juice.

The final act is slowly sliding a two-pronged cooking fork between the coated strands of spaghetti, turning and curling the pasta into a miniature funnel cloud of flavor, finally transferring it to the bowl. 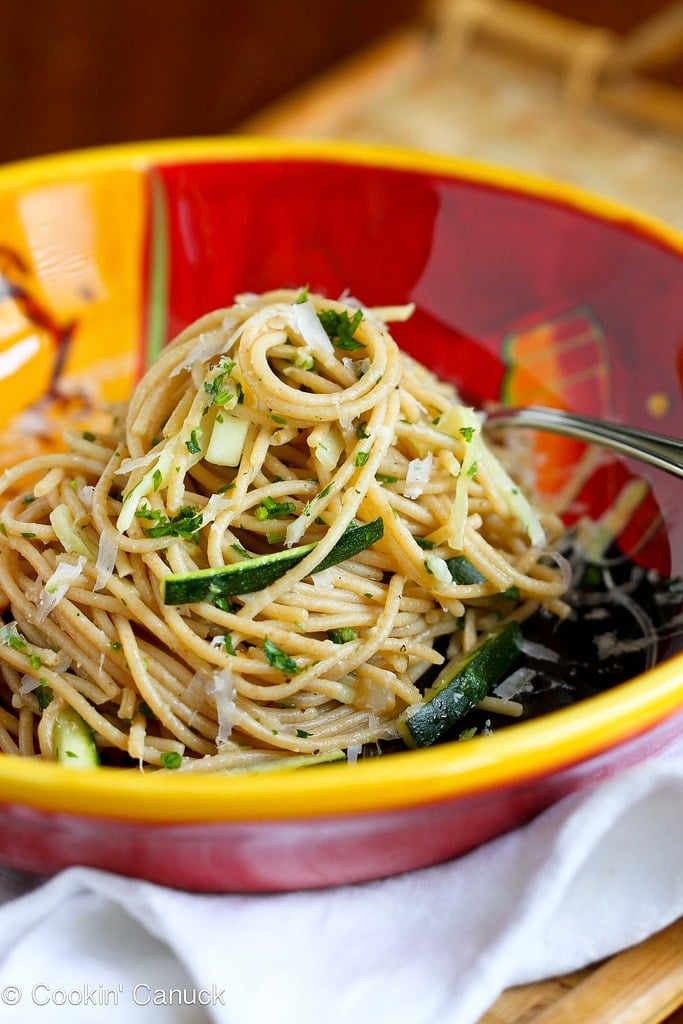 I couldn't stop thinking about that scene. I still can't. I knew I had to make that pasta dish.

And so I boiled the water and simmered the olive oil, with plans to add my own twist...julienned zucchini and capers. The only thing missing from the scene was my husband lounging seductively nearby. He was at work, so I just had to imagine that part, doing my best to block out the sounds of the boys wrestling upstairs.

It was everything I hoped for. Tender, toothy pasta and a simple, garlicky, salty and tangy sauce that will haunt my dreams and cause me to lock myself in the kitchen, over and over again. 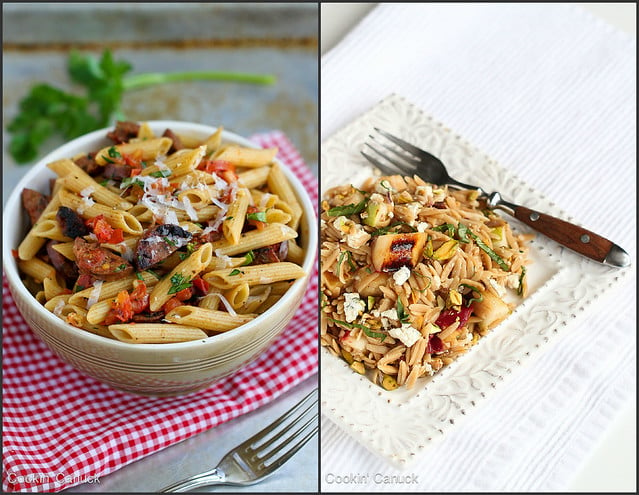 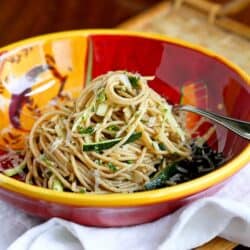