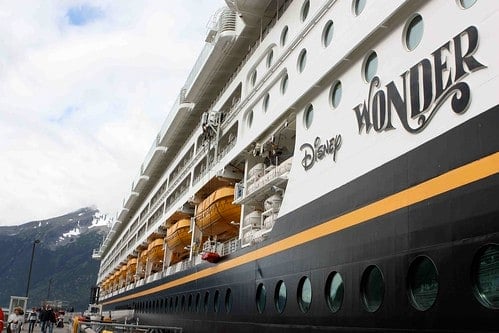 For a week before we left for our trip, there was a moratorium on all-things Disney - songs, movies, you name it. That's because my husband and I were certain that we were about to be inundated with cheerleader-style crew members, garish decor and "It's a Small World" choruses piped into every public restroom. How wrong we were.

For about a year, the anticipation for this cruise built. My husband, two boys (ages 9 and 7) and I were to embark on a 7-day Alaskan cruise with my parents. I think the adults were just as excited as the kids, though for different reasons. The boys couldn't wait for the kids' clubs and unlimited supply of soft ice cream. The adults were ready for a week of no cooking, cleaning or responsibilities. While all of these expectations were exceeded, the best part of the trip was simply that we were able to do it altogether. Sappy, I know - but really, what fun are new experiences if you can't share them with the people you love? 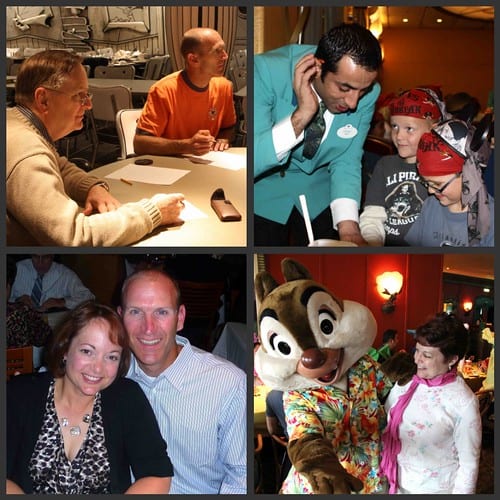 Prior to this trip, the biggest ships I travelled on were the B.C. Ferries that shuttle passengers between Vancouver and Vancouver Island. More than anything, I was curious to find out how one ship could house eight restaurants, five kids' clubs, multiple bars, a movie theatre, a huge venue for live theatre, hundreds of staterooms and three pools without sinking. I kept any Titanic references to a minimum as we strolled through the multiple decks of the Disney Wonder, marveling at all the ship had to offer. Thankfully, the decor was very tastefully done. Black and white animation drawings of various Disney scenes adorned the walls and bright colors were kept to a minimum. 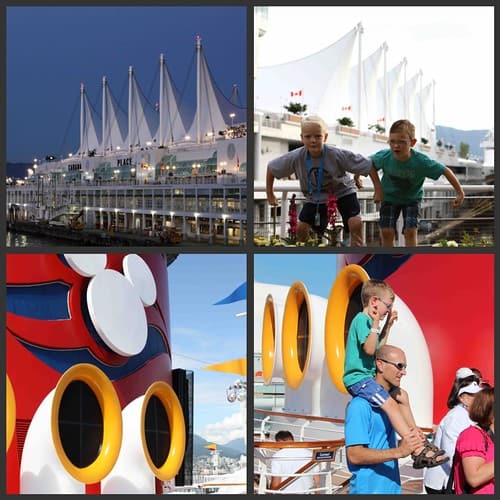 There are several choices for staterooms and Disney seems to be known for staterooms that offer more space than those on other lines. Our room included a queen-sized bed, a couch that turned into bunk beds and the option to pull down a murphy bed to accommodate a fifth person. A toilet and sink were housed in one section, with the shower/bathtub and additional sink in another, which allowed more than one person to get ready for dinner at a time. As for storage room - well, we were able to completely unpack all of our suitcases and still had room to spare.

This is one of the areas where Disney really separates itself from the pack, particularly with kids' activities. The Disney Wonder houses five kids' clubs, which include the Flounder's Reef Nursery (3 months to 3 years), the Oceaneer Club (ages 3 to 10), the Oceaneer Lab (ages 3 to 10), the Edge (ages 11 to 13) and the Vibe (ages 14 to 17). My boys primarily spent their time in the Oceaneer Lab. From the Ratatouille Cooking School and soap car races to science experiments and Wii tournaments, they were kept busy at every moment by the energetic, engaging staff.

A highlight for my kids was the Junior Ranger program offered on the Alaskan cruises. Throughout the week, they attended classes taught by rangers, with subjects ranging from ocean mammals and glaciers to bears and plant life. They diligently worked on completing their ranger booklets and proudly accepted their Junior Ranger certificates and badges at the end of the week. 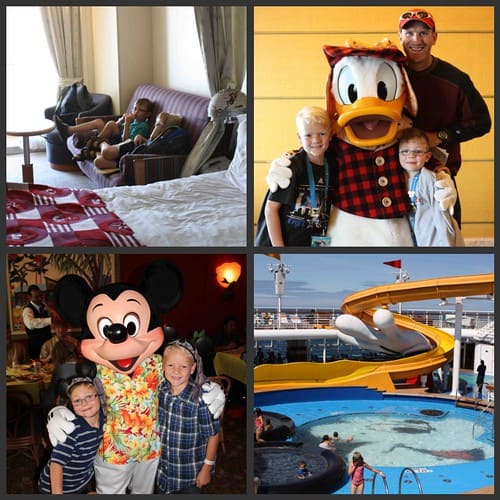 While there were some cooler days (we were in Alaska, after all), my kids did manage to take a few plunges in the pool. They ran back and forth between Goofy's pool, which is a basic rectangular shaped pool, and Mickey's pool, which is shaped like Mickey Mouse's head. Mickey's pool was the bigger draw, as there was a one-story twisting water slide and an enormous screen playing Disney movies.

While not splashing around in the pools, my older son spent his time on the sports deck, a netted-in area on the top deck where kids can play soccer and basketball. He spent hours playing pick-up soccer games with kids of various ages and we found ourselves dragging him away from the sports deck when it was time for dinner.

Now, this is Disney we're talking about, so you know the entertainment if going to be first-rate. Each night, there were two showings of the evening's entertainment in the grand Walt Disney Theatre. Live musicals, complete with elaborate costume and set changes, included Toy Story: The Musical, The Golden Mickeys (Disney's version of the Oscars) and and the award-winning Disney Dream: An Enchanted Classic. On other evenings, we were treated to an impressive juggling show; a guitar player who took requests from the audience, putting his spin on classics and modern tunes; and a showing of Cars 2 in 3D.

We didn't spend much time in the family and adult clubs but, from looking at the daily schedule, there were hours of bingo, family game shows and talent shows available. In addition, movies were shown throughout the day in the Buena Vista Theatre.

Tracy Arm and The Port Stops:

On our second day at sea, we journeyed up Tracy Arm for a view of the massive glaciers, passing bright blue icebergs and cascading waterfalls along the way. Upon entering Tracy Arm, we were hit with rain and fog, so took a detour up a secondary inlet. We were not to be disappointed. The crew steered the ship into a small inlet that was capped by a massive glacier. Over a period of an hour or two, we sat on our verandah, marveling at the captain's ability to maneuver the ship very close to the glacier, allowing passengers on both sides to get unparalleled views. About halfway through our stay in the inlet, an rumble of thunder cut the air as a large piece of the glacier calved off into the water.

As much as we enjoyed the days at sea, the ports stops allowed us to experience a taste of Alaska. Various port activities are made available by the cruise line or through private companies on shore.

Our first stop was Skagway, which is a town of 800 residents. We tripled the size of the population simply by docking there. Looking from the far end of Skagway's main strip towards the dock, the Disney Wonder seem to loom over the town like Gulliver over Lilliput. My dad arranged an outing through a private company and we clambered onto the White Pass & Yukon Railroad for a stunning trip from Skagway to Fraser, B.C. in the Yukon. The railway was built in 1898 during the height of the Klondike Gold Rush. Climbing almost 3000 feet in just 20 miles, the trip offers spectacular views of the surrounding mountains. It was sobering to think of the gold miners that risked their livelihood and lives climbing over that pass before the railroad was built in hopes of striking it rich. 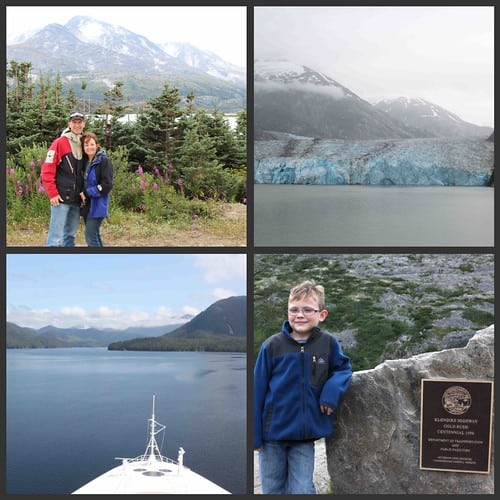 Our next stop, Juneau, was the highlight of the trip for most of us. We were booked on a whale-watching excursion through a private operator called Best Damn Charters. They are a father and son team, originally from Minnesota, that offer whale watching and fishing trips for 1 to 6 people on their 26-foot craft. Being the "Best Damn" of anything is a lot to live up to, but Duane and Nick came through with flying colors. We spent the morning surrounded by a pod of at least a dozen Humpback whales. Watching these majestic creatures arch above the surface, cutting through the water to organize themselves to bubble feed, can make one feel rather small and insignificant. 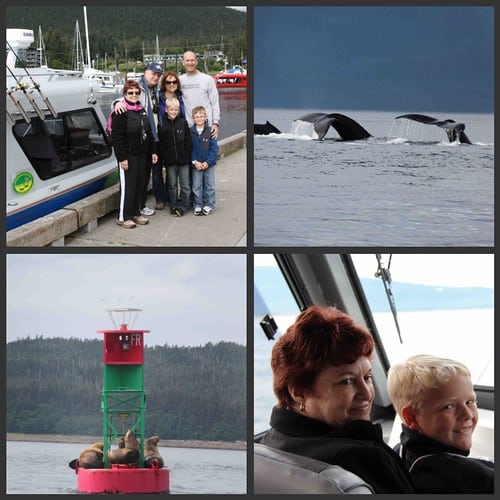 Food on the Disney Wonder:

To enable passengers to take advantage of the ship's plethora of restaurants, Disney runs a rotational dining system. For dinnertime, we rotated between the three main restaurants, accompanied by our head server, Hans, and assistant server, Satya. The kids were thrilled to arrive at the table each night to find water cups with their names written on them. Satya promptly brought them Shirley Temples (their current beverage of choice) and all the maraschino cherries two boys could ever hope for. Both servers were personable, entertaining and willing to do whatever they could to make our cruise pleasant. This could be said for all of the crew on the Disney Wonder.

We embarked on the cruise expecting that Disney's focus would be the kids' activities and entertainment, not the food. This was accurate, to some extent. Overall, the choice and freshness of the fruit at all meals was abundant, the choices were varied and, quite simply, there were mass quantities available. We did have some very good dishes but were left wishing for more availability of vegetables and higher quality of preparation. One exception was Palo, the adults only restaurant, which my husband and I dined at after a luxurious couple's massage in the spa (it was our date evening - thanks, Mum and Dad). The dinner in Palo was excellent, with some of the highlights being the antipasto platter, the lobster mascarpone ravioli, the beef tenderloin with Barolo sauce and the chocolate souffle.

This was my first cruise, so I don't have anything to compare to, but I will say that we had a magical vacation. Not only were we able to spend time as a family, enjoying some wonderful time with my parents, but we left the cruise feeling relaxed and energized. The crew of the Disney Wonder made our trip so pleasant in every way and I have no reservations in recommending this cruise to other families. Did my kids have fun? Well, from the tears shed on the final night at dinner, I think it would be safe to say it was the trip of their young lifetimes. You can't ask for more than that. 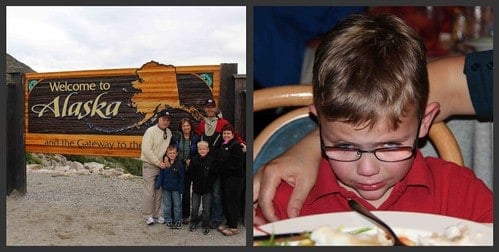