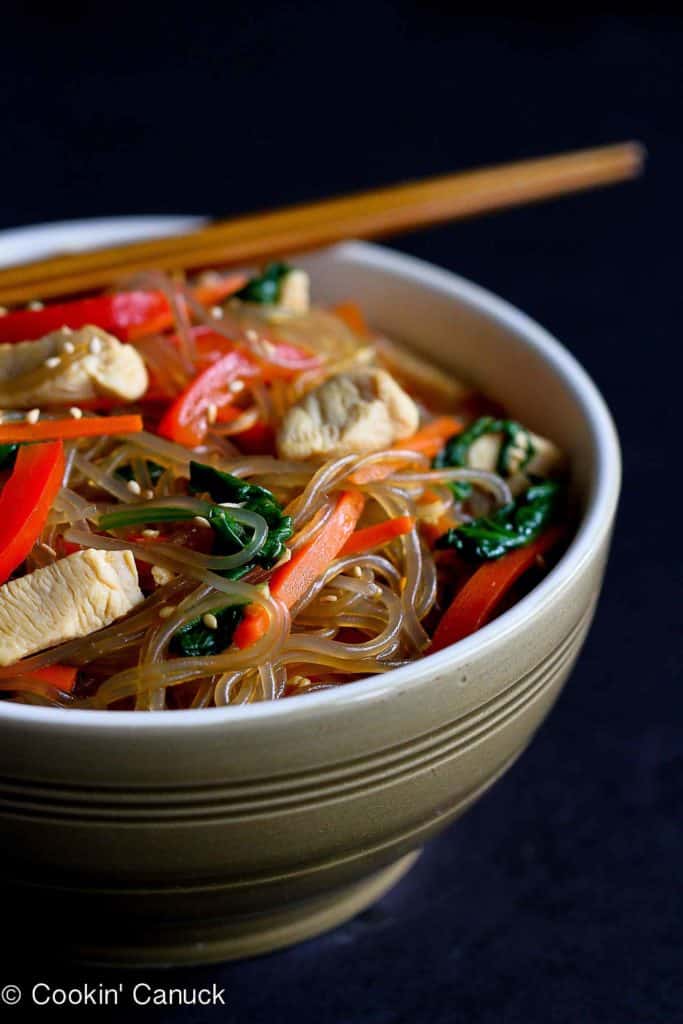 Korean glass noodles make the perfect meal when my husband starts ramping up the mileage for his next marathon. Carbs, carbs and more carbs…and some good, lean protein. He needs as much energy as he can get for long runs and hill work. Inevitably, our weekly menu is planned around the week’s long runs!

Doing some hill workouts on Thursday? There had better be some sort of brown rice recipe on Wednesday. 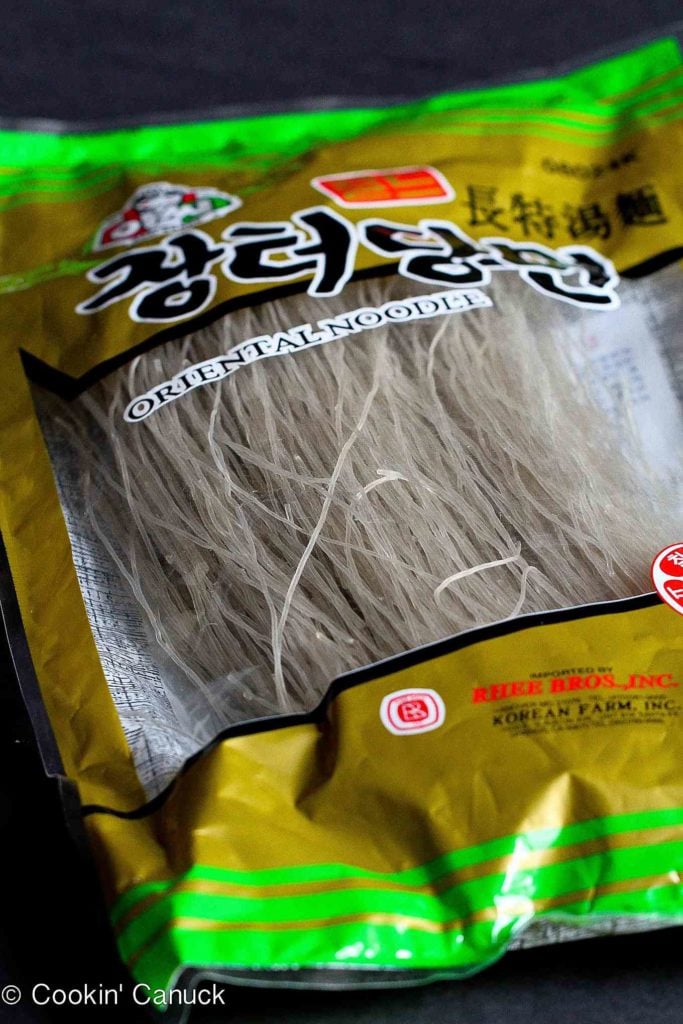 These sweet potato noodles, which can be found at most Asian markets and even online (though they’re much cheaper at the Asian market if you have a good one nearby), are something that we eat over and over again. The noodles are made from sweet potato starch, so are gluten-free (however, be sure you replace the soy sauce with Tamari soy sauce for the whole meal to be gluten-free).

They are used primarily in Korean cooking and are great in a simple noodle dish like this one, in spring roll wrappers (my kids’ favorite way of eating them) and in soups.

This noodle dish takes about 20 minutes to pull off and is incredibly satisfying. The slightly chewy noodles are spiked with soy sauce, sesame oil and a touch of sweetness from agave nectar (or honey), which is how a Korean friend first introduced use to these noodles years ago. Japchae, the traditional Korean glass noodle recipe, typically features beef and vegetables, but said she often preferred serving a chicken version to her family, which is what inspired this recipe.

Don’t feel you have to stick with chicken and the vegetables I used here. Substitute stir-fried mushrooms, zucchini or broccoli for the carrots, red bell pepper and spinach. Use shrimp or beef (flanks steak works well) instead of chicken, or go vegetarian with some tofu.

In other words, it’s one of those great “clear out the fridge” kind of meals. 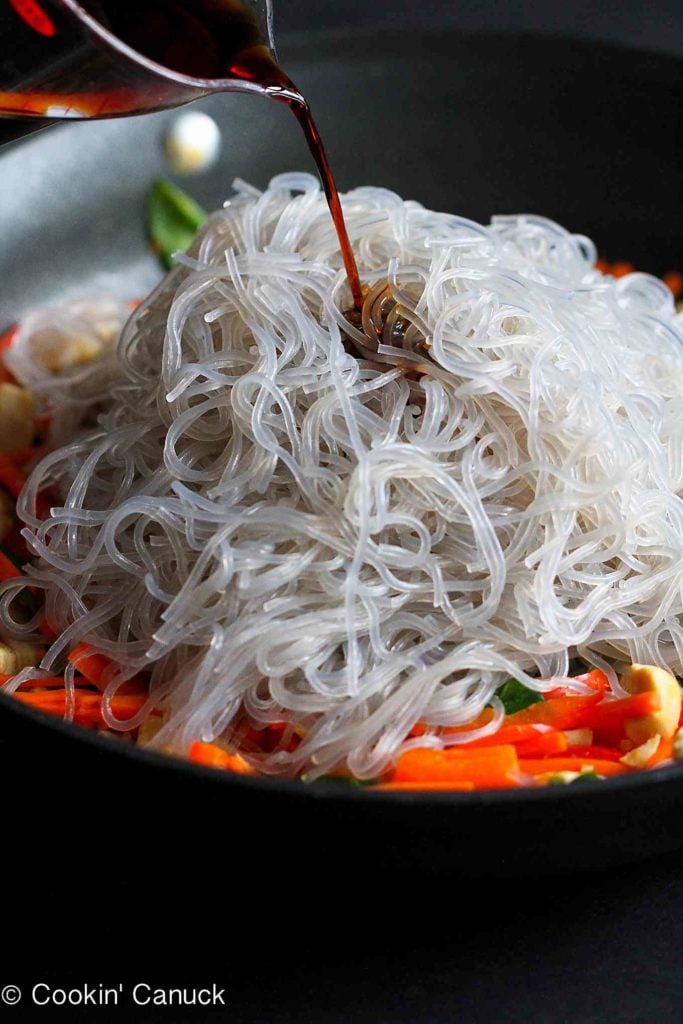 I served this hot when I first made it, but almost loved it more at room temperature when I scarfed down the leftovers the next day. My kids couldn’t resist rolling the extras in some spring roll wrappers for a snack. Seriously, I think they would eat liver and onions if I put it in spring roll wrappers.

I suggest buying several packages of the sweet potato noodles because you will be using them over and over again. 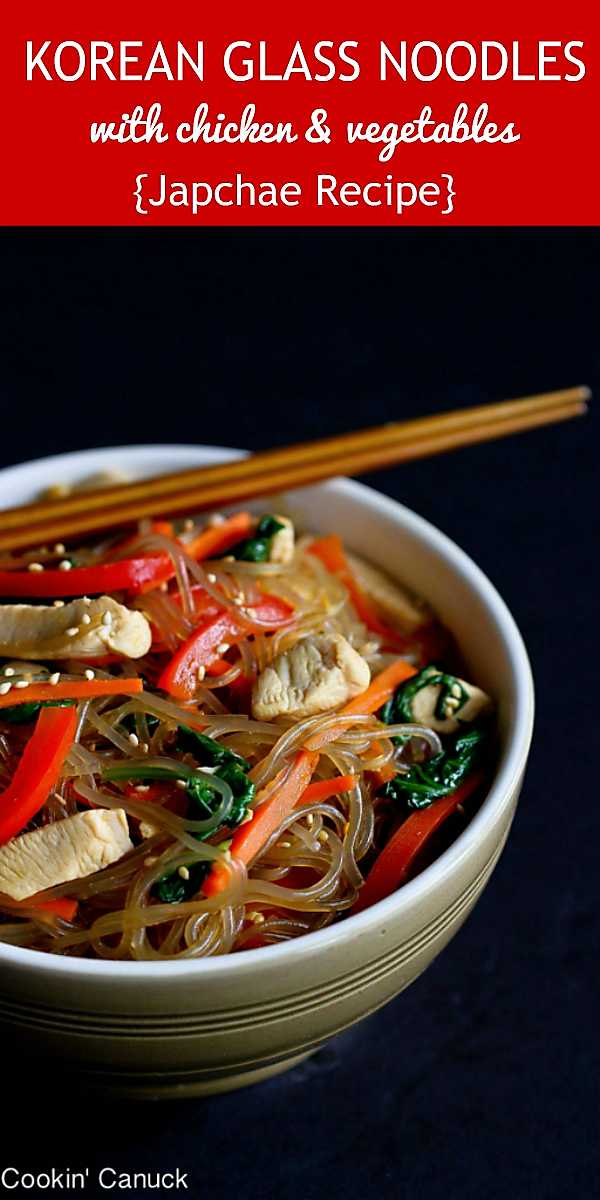 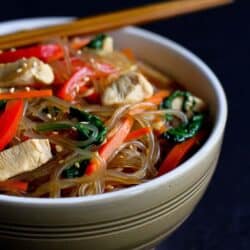