This tutorial on How to Make an Omelet will come in handy during weekend brunch. Follow the step-by-step photos for the perfect omelet. 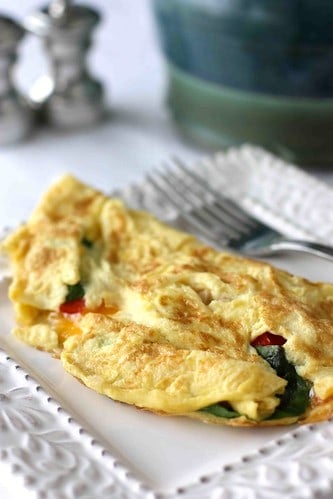 With Mother’s Day just more than a week away, you need to know how to make an omelet! You might be planning to celebrate the day with a family brunch and there is nothing easier than an omelet bar. Give your guests a choice of multiple fillings (see suggestions below) while you act as short-order cook. An omelet can be made in less than a minute, as I learned firsthand from one of the best. That would be Howard Helmer, World’s Fastest Omelet Maker. Howard, a man with a zest for life (and eggs), is in the Guinness Book of World Records for making 427 omelets in 30 minutes. Seriously.

The trick to the method is using a nonstick skillet set over medium-high heat. Do not add the butter or oil until the pan is piping hot. As soon as the egg hits the pan, it should start bubbling and this is when you leap into action. Make sure to have everything – spatula, fillings and a plate – at the ready because that omelet will be done in a flash.

How to make an omelet:

In a bowl, whisk together 2 eggs and 2 tablespoons water. This is enough for one omelet. If you are making multiple omelets, whisk all of the eggs and water together in one bowl and use a 4 ounce (standard) ladle to portion out enough of the egg mixture for each omelet.

Heat a 10-inch nonstick skillet over medium-high heat. You want the pan to be very hot before adding the egg. Add small pat of butter or just enough olive oil to coat the bottom of the pan.

Add egg mixture to pan and, with a heat-resistant spatula, immediately start to push the egg from the bottom of the pan, tipping the pan to move uncooked egg into empty spots so that all of the egg gets cooked. 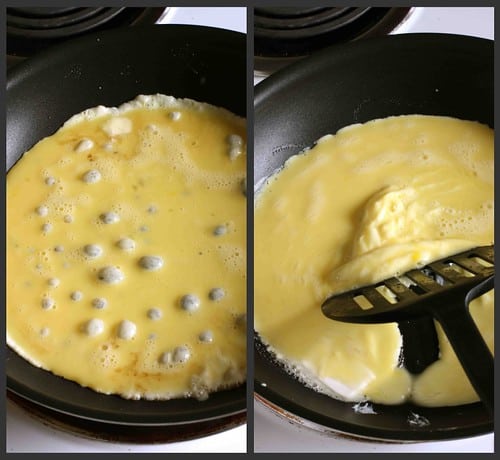 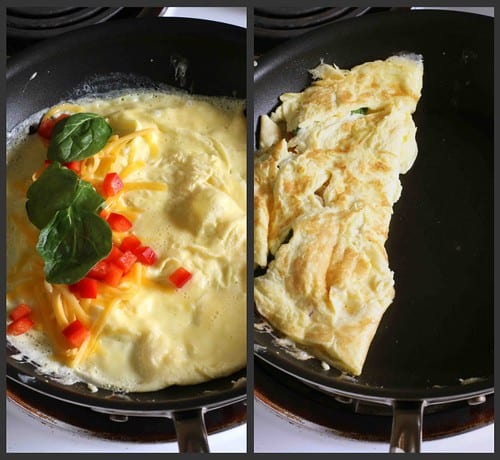 Slide the spatula under the right side of the omelet (left side if you are left-handed) and fold the egg over the fillings. Slide the omelet onto a plate and serve immediately. Repeat with remaining egg mixture.

That’s it! Now you know how to make an omelet. The perfect omelet! 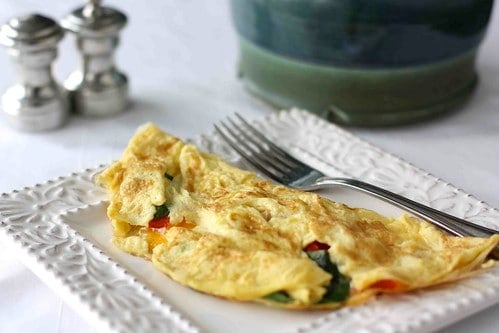