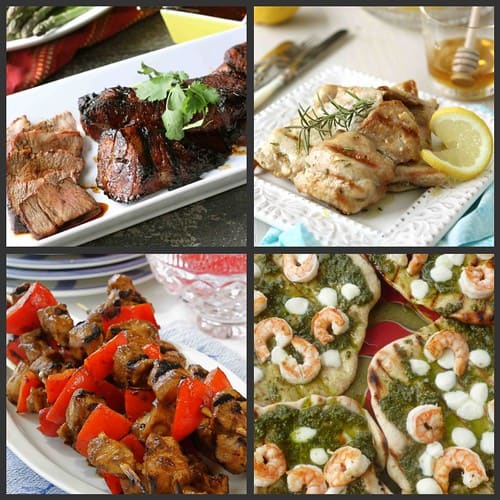 When I told my husband what I was writing about for this week's How-to tutorial, he chuckled under his breath. "What are you laughing at?" I asked, hands on my hips and tapping my foot impatiently. Of course, I knew very well why he was so amused. Doing a step-by-step tutorial about turning on a grill sounds a little silly. However, if any of you have the same fears I had five or six years ago, you probably refuse to have anything to do with things labeled as "propane" or "ignition". Before I learned this easy process, I was certain that one false move would cause me to blow up a city block. So, I always left it up to my husband, which wasn't terribly convenient when I wanted to get dinner started early. So, I asked him for a lesson and now I am the master of my grill domain - there is no stopping me.

Disclaimer: I am by no means a barbecue expert, so be sure to refer to the owner's manual for your grill before use.

Be sure your grill is situated in a well-ventilated area, and open the lid of the grill.

Turn the valve on the propane tank one full turn counter-clockwise. 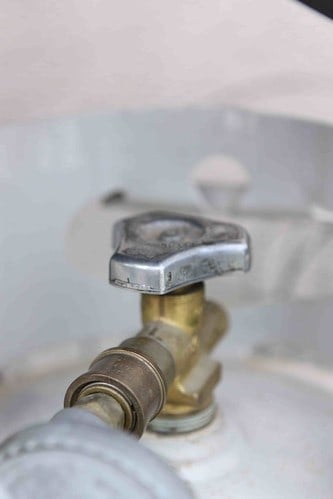 I used to turn the valve as far as it could go until I learned that enough gas is released with just one rotation. In fact, it is safer to do this. If there is ever a problem, you will be able to turn it off and stop the flow of gas quickly.

Turn the other burner(s) to High. You should be able to hear them light as the flame leaps from one to the other. 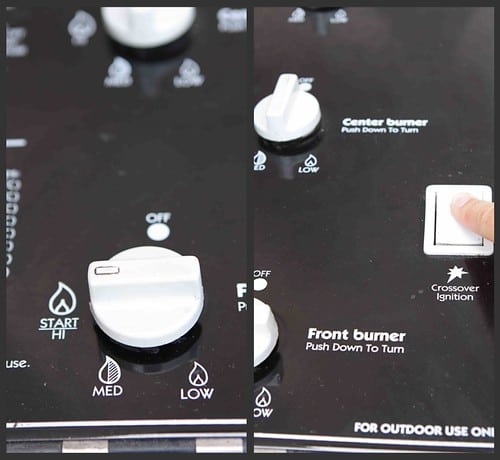 Let the grill heat for about 10 minutes, then adjust the heat according to the recipe you are making.

After removing the food from the grill, turn the heat to High and allow any remaining food bits cook off, about 5 minutes. The only way I remember to turn off the grill (because I'm busy eating) is to set a timer. You might want to do the same.

Turn off the valve first by turning the knob clockwise. By stopping the flow of the propane before turning off the burners, you insure that no gas will be caught in the hoses. Turn off all of the burners. Let the grill cool before closing and covering.

Now there's no stopping you. So, get out there and get grillin'.