This healthy salmon chowder recipe allows you to indulge in a creamy potato soup without the guilt. Delicious and comforting! Thank you to The Little Potato Company for helping me to share this recipe with you. 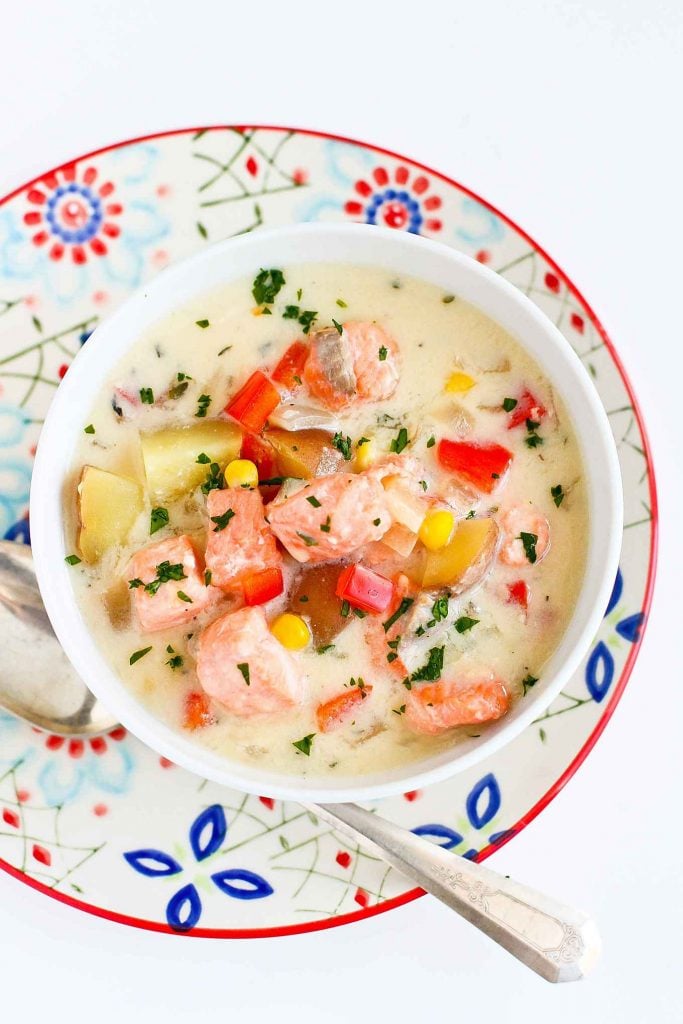 Driving up the winding Sea-to-Sky Highway from Vancouver, Canada to the town of Whistler (home of one of the world's top ski resorts) is not just a feast for the eyes, with the stunning ocean and mountain views. Tucked into a quiet enclave just north of the town of Squamish is Brackendale, home to the annual month-long Bald Eagle Festival and bald eagle count, which boasts the world record count of 3769 eagles in 1994.

If you've ever been mesmerized by the sight of a bald eagle soaring in the sky, try to imagine what it would be like to stand on the shores of the Squamish River, surrounded by trees that are covered with hundreds, even thousands, of the majestic birds. Whether the eagles are perched in the trees, keeping keen eyes focused on their surroundings, or they are swooping towards the river to pluck salmon out of the river, it is an experience that you will never forget. 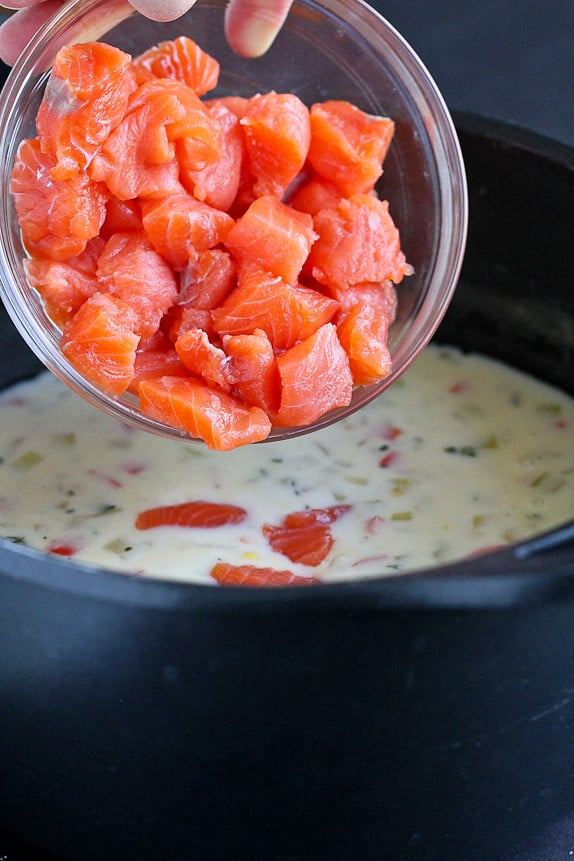 If you stop to see the eagles, be sure to stop in first at the Brackendale Art Gallery Theatre Teahouse (yes, you read that right). The owners will be able to point you towards the best viewing spots, show you works by local artists and promise you a bowl of salmon chowder that will knock your socks off. It's been 15 years since my husband and I first tasted that chowder (though not the last time) and it's sumptuous flavors and creamy texture sticks in my mind as though it was yesterday. 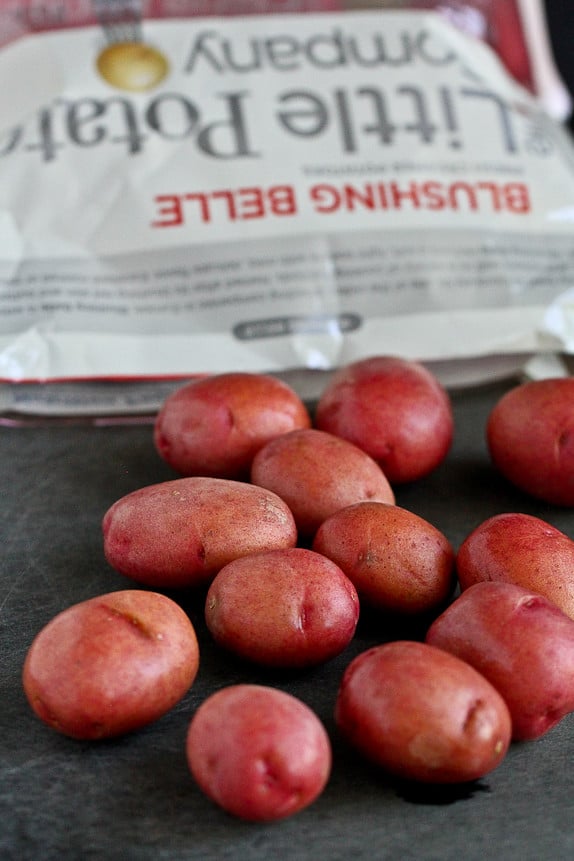 Last month, I made Creamer Potatoes with Red Pepper Cashew Pesto with my favorite potatoes from The Little Potato Company. Sweet and creamy, these fully mature small potatoes are available in numerous varietals, including the Blushing Belles that I used for this salmon chowder. Blushing Belles are extremely versatile, adapting to a variety of cooking methods. Their red skins and buttery yellow flesh look beautiful in the soup and taste even better. That being said, any of the Creamer potato varietals could be used with this recipe.

The Little Potato Company Creamers are grown in the United States and Canada, and are not genetically modified. They are naturally sweet because the potatoes are actually fully matured, rather than "baby potatoes" that are harvested before reaching maturity. That means two things...better flavor and better texture for mashed potatoes, roasted side dishes, soups and so many other dishes. 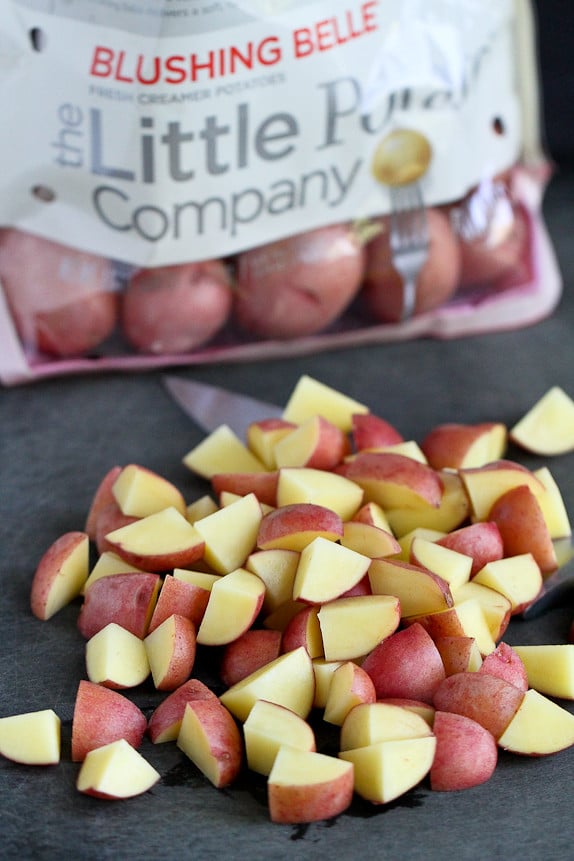 So, how did I lighten up this chowder without sacrificing chowder? I followed the template of my Light Turkey & Corn Chowder. In that recipe, I subbed out whole milk with lower fat milk and broth, and thickened up the soup with a roux rather than heavy cream. The result is a chowder that's lower in calories and fat grams, but still lusciously thick and flavorful. 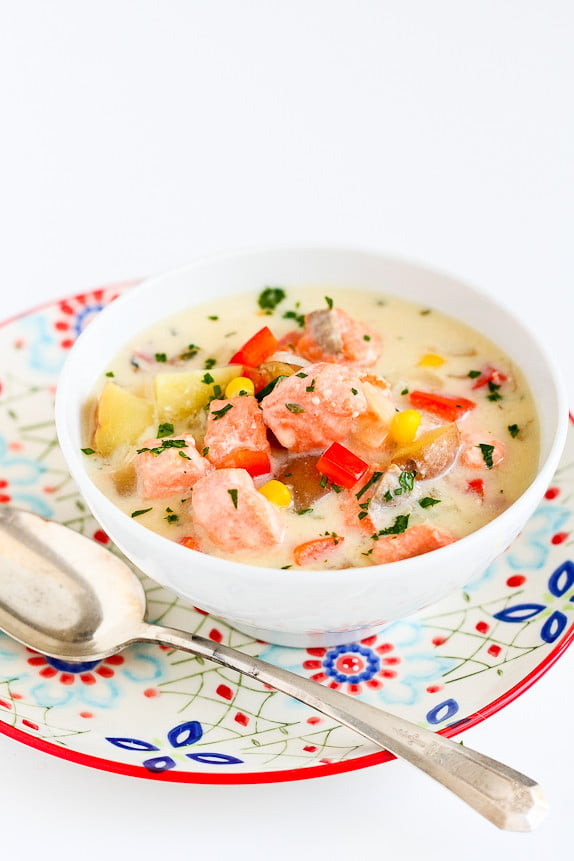 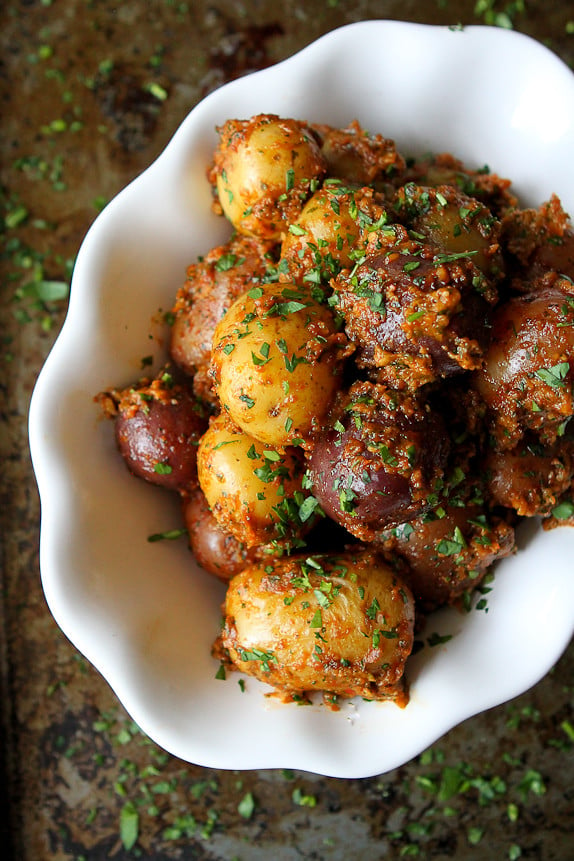 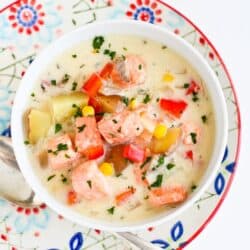 Disclosure: This post is sponsored as a part of a brand ambassadorship for The Little Potato Company. All opinions are my own.