When I wrote in my Run Like a Girl Challenge kick-off post (#runwithdara) that I was only able to run two blocks at a time when I first started, I meant it. 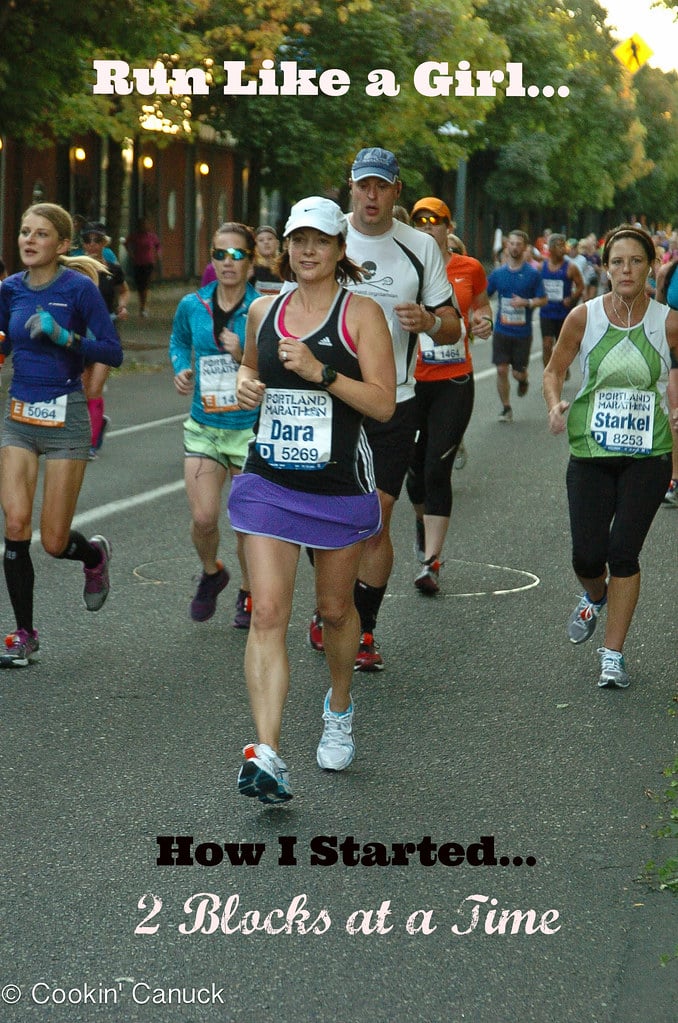 When I tell people that I have run several half-marathons and one full marathon, they inevitably say, "Oh, I could never do that. I've never been a runner and don't think I ever could be. You're crazy!"

That is exactly what I used to say. In fact, I sang that tune so many times that it made it to the top of my personal billboard charts.

I went through a brief running stint in my early 20s, dragging myself through a few 10k races over an 8-month period. And then I didn't run again for about 10 years.

When my eldest son was just a year old, two neighborhood friends and I stood on the sidelines of the St. George Marathon in southern Utah, watching our husbands cross the finish line, exhausted but elated.

I wanted that feeling...badly. But that would require running.

My two girlfriends, who had already been pounding the pavement a few days each week, convinced me to join them.

"You can do it, Dara. We'll go slowly...we promise. And we can stop and walk whenever you need to."

I looked at them suspiciously. What was the ulterior motive? Was this some sort of brain-washing, Stepford Wives kind of running cult they were dragging me into?

Was I going to be required to wear matching headbands and sparkly shirts that said, "If found on ground, please drag to finish line"? 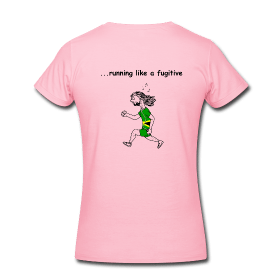 (Shirt and photo from Highball.)

Through a mixture of peer pressure and purely delusional thoughts, I laced up a pair of running shoes for the first time in 10 years.

That first run loomed in front of me like Goliath before David. Okay, this was going to be hard, but I should be able to run a least half a mile before walking. Right?

Two blocks in, I had to walk, gasping for breath. From there on out, I claimed that I needed to stop every two blocks to drink water, or I was liable to get a searing side cramp, which would inevitably lead to all sorts of dramatic whining.

This running thing...yeah, it kind of sucked. 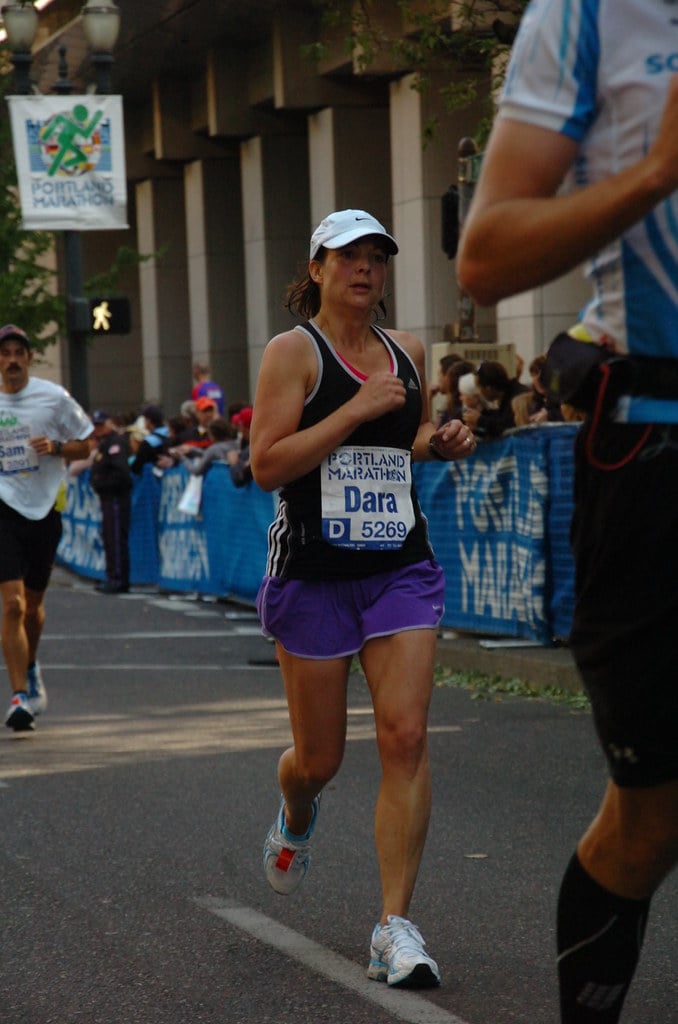 This is the pain part.

I'll be completely honest. If it wasn't for my girlfriends, I wouldn't have pulled myself out of bed in those early days. The camaraderie was just as important, if not more so, than the actually running.

I'll be talking more about running with others in next week's post.

I actually can't pinpoint a moment when it all changed. I don't think it was a "light switch on" kind of moment, but rather a gradual progression towards bearable and then even enjoyable pain.

"Enjoyable pain"...an oxymoron of the highest order. But there's some truth to it.

Although I still run with my running partner - and love every minute of our catch-up time - her availability is not a prerequisite to hitting the road. Hey, everybody needs some "alone" time every now and then.

As hard as some workouts may be, there's something so satisfying about running an extra half mile, fighting your way up that hill and pushing through cardio distress (you know, that feeling that your lungs can't stand another minute of it) to the feeling of euphoria and the second wind on the other side.

As many times as I have complained about crawling out of my warm bed at 5:30am to fit in a run, there are at least twice as many times when I finish the run, saying to myself, "I am so glad I did that!"

In fact, I say that every single time. Even on the toughest running days, I feel grateful that my body can carry me through those miles, getting stronger with each step. 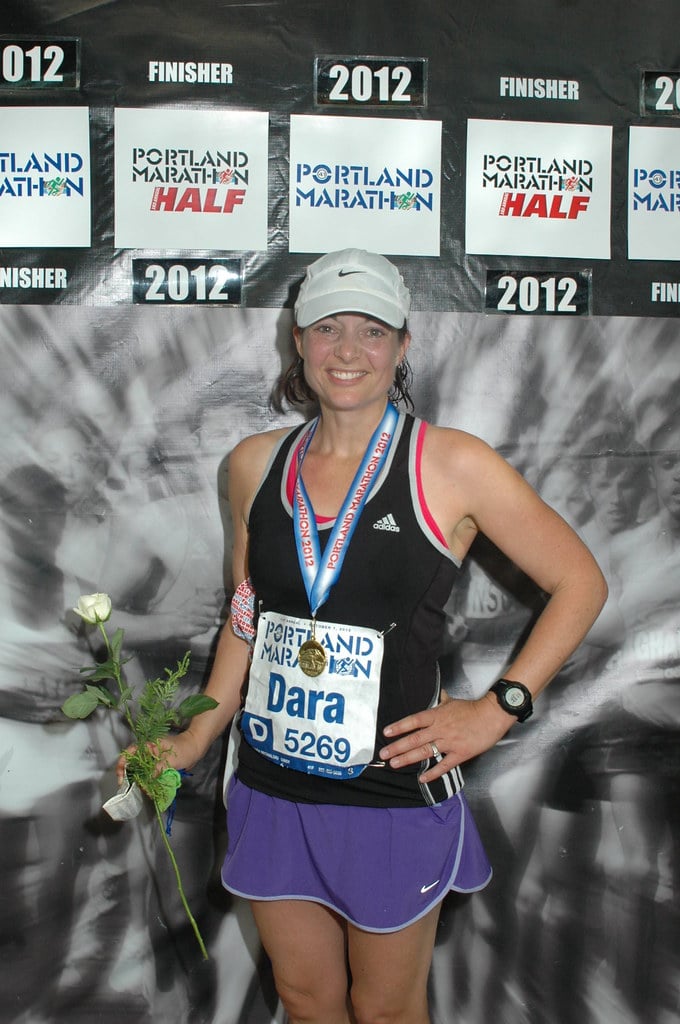 But so worth it in the end.

That doesn't mean that I look forward to and embrace every run as though its my last. That would just be a bald-faced lie!

Each day is a concerted effort, a learning process, a challenge on its own.

That's kind of what makes it so great.

If you're joining me on this challenge (no mileage commitment...just running at whatever level and speed is right for you), be sure to use the hashtag #runwithdara on Instagram, Twitter, etc. to tag your pictures and comments.

And be sure to leave comments on these "Run Like a Girl" posts. I want to know how the challenge is going for you!