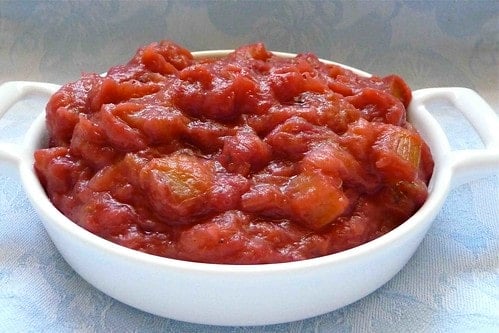 Rhubarb is a thing of legend in the midwest United States, though I believe the English would lay claim to the original discovery of the illustrious vegetable's potential.  Garrison Keillor, of Prairie Home Companion fame, stated, "Rhubarb pie is the secret of the good life.  A taste of springtime."  Rhubarb is so woven into the fabric of Minnesotan life that they have a festival each June to celebrate its red-stalked loveliness.  The festival's agenda includes the singing of the Rhubarb national anthem (I wasn't aware that Rhubarb had gain independence as a sovereign nation), performances by the Rhubarb Sisters (including "Red Rhubarb for a Blue Lady"), the throwing of the first stalk, the Rhubarb Olympics, rhubarb juggling (including promises of juggling flaming stalks of rhubarb), and a contest for the largest leaf and heaviest stalk. While I did get a kick out of this, I do believe that passion - for rhubarb or anything else that may tickle your fanciful side - is what makes the world go round.   Hear, hear to the rhubarb lovers!
When I visited my favorite local farm stand this weekend, I was happy to pick up some robust stalks of rhubarb.  As I mentioned in my Spiced Rhubarb Chutney post (apparently I like the "spiced" thing), my husband grew up on stewed rhubarb at his grandparents' farm.  So I knew I could keep it simple with this compote and still receive have his undying devotion.  We spooned this savory, sweet-tart compote over vanilla ice cream last night and we were not disappointed.
Trim 1 ½ pounds of rhubarb stalks and cut them into ½-inch pieces. Place the pieces in a medium bowl. 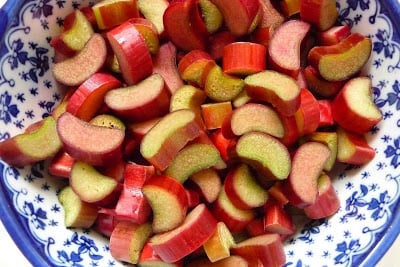 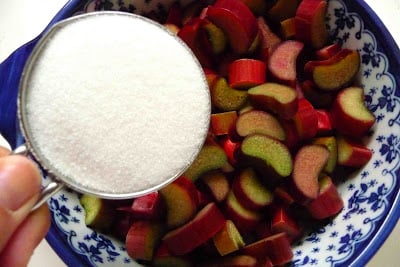 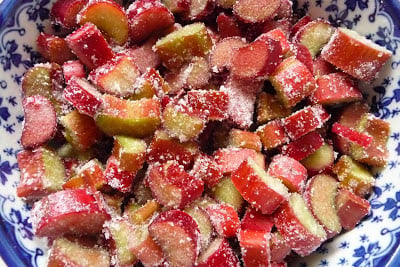 Let the rhubarb macerate for an hour. All you have to do is let the rhubarb sit on the counter and it will do all the work of releasing its juices. 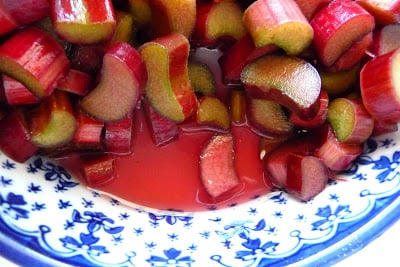 Pour the rhubarb pieces and juices into a medium pot.

Grind 4 allspice berries in a mortar and pestle and grind to a fine powder. Alternatively, you can put the allspice in a ziploc bag and give them a good whack with a meat mallet. 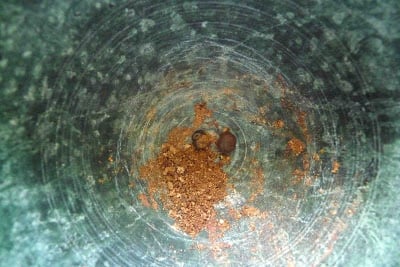 Add the ground allspice and ⅓ cup water to the rhubarb and set the mixture over medium to medium-high heat. 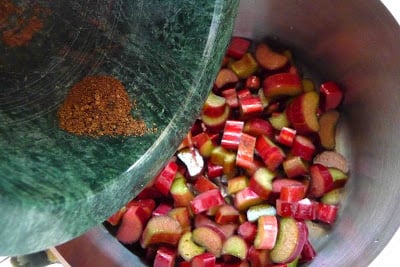 Cook for 8-10 minutes, or until the rhubarb is soft. If the mixture is too thick, you may need to add an additional tablespoon or two of water. 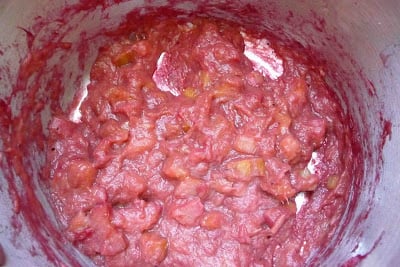 Other rhubarb recipes:
Andrea's Recipes' Rhubarb Margarita
David Lebovitz's Rhubarb-Berry Jam
La Tartine Gourmande's Rhubarb & Raspberry Yogurt Ice Pops
Spiced Rhubarb Compote
1 ½ pounds rhubarb stalks, trimmed and cut into ½-inch pieces
⅓ cup granulated sugar
4 allspice berries, ground into a fine powder
⅓-1/2 cup water
Place the rhubarb pieces into a medium bowl and stir in the sugar.  Let the rhubarb macerate for 1 hour so that it releases its juices.
Pour the rhubarb pieces and juices into a medium pot.  Stir the ground allspice and  ⅓ cup water into the rhubarb.  Set the mixture over medium to medium-high heat.  Cook for 8-10 minutes, or until the rhubarb is soft. If the mixture is too thick, you may need to add an additional tablespoon or two of water.  Scoop the compote into a serving dish.
Makes about 1 ½ cups compote.
Printable recipe
20Shares