Pile on the sweet corn and tomatoes to make an easy, fantastic summertime naan pizza. Jalapeño peppers add a touch of heat. 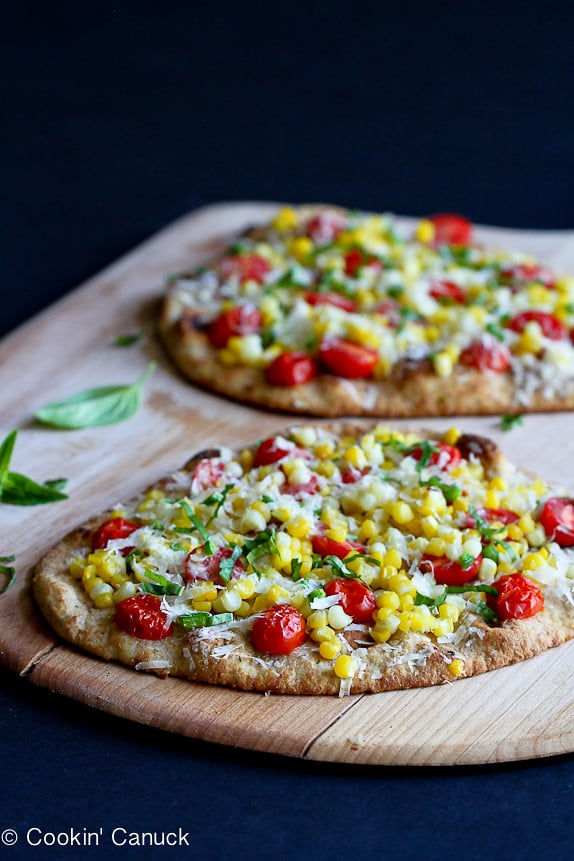 There's a new restaurant in town, about 7 minutes from our house and it caught my eye on a day that I was craving pizza. Okay, really, that's just about any day. But the siren call of a great thin crust, piled with toppings was particularly strong that day. The special of the day at OAK Wood Fire Kitchen was a Farmer's Market Special Pizza, topped with bacon, corn and roasted jalapeños.

Yeah, I was hooked. 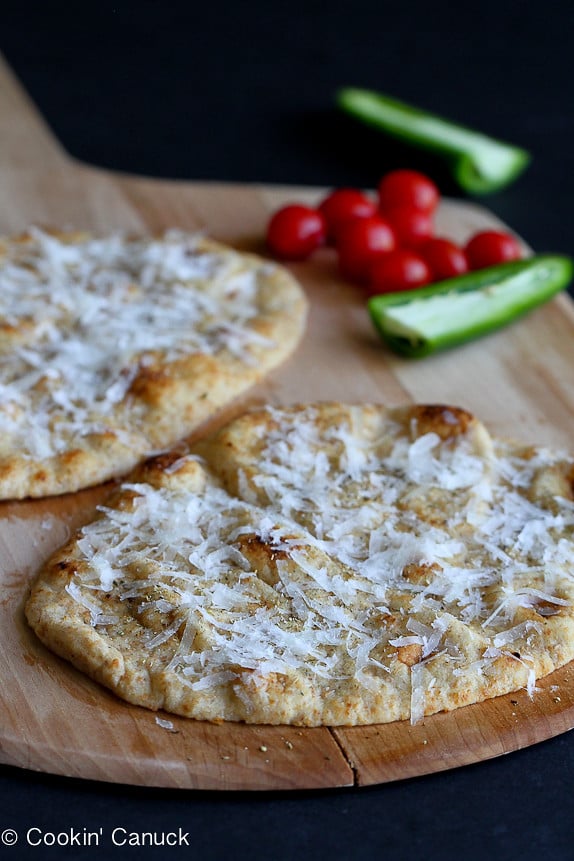 We all know that bacon makes everything better, but when I created my own version of the pizza at home, I wanted a vegetarian option. Okay, I didn't have any bacon at home and was feeling too lazy to go to the store. But let's just pretend that I was being virtuous and intent on honoring the tradition of Meatless Monday that day.

Going along with the "lazy" theme, I wasn't in the mood to deal with pizza dough. So, I pulled out so whole wheat naan from the freezer (I usually buy the Stonefire Naan version). It took me about 10 minutes to prep the vegetables and throw them on the naan, and another 8 minutes to cook it. Ba-da-bing! 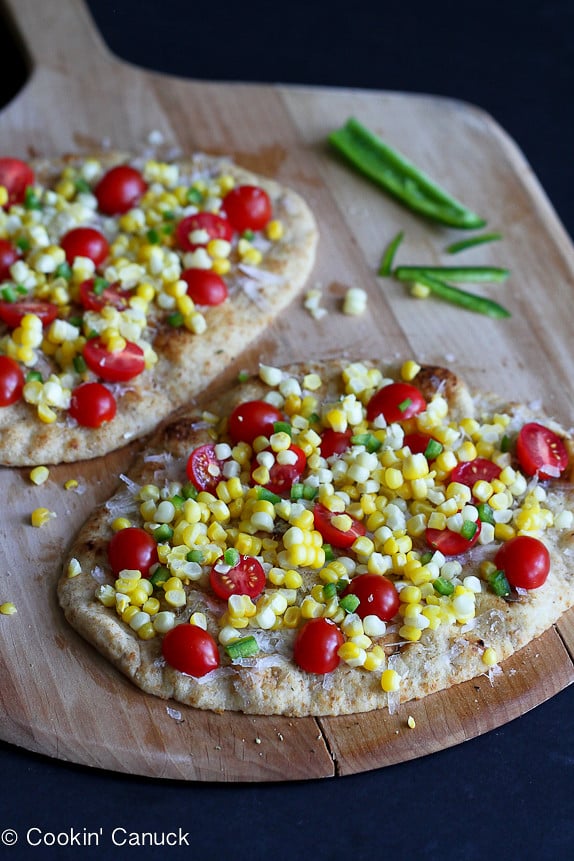 When I tried the version at the restaurant, the roasted jalapeños nearly blew my mouth off and I'm typically a spicy food lover. So, when I made my version at home, I removed the seeds and membranes from the jalapeño pepper and diced the jalapeño so that there would just be a little touch of heat with each bite. It's just not worth it to me if I have to gulp down water with every bite! 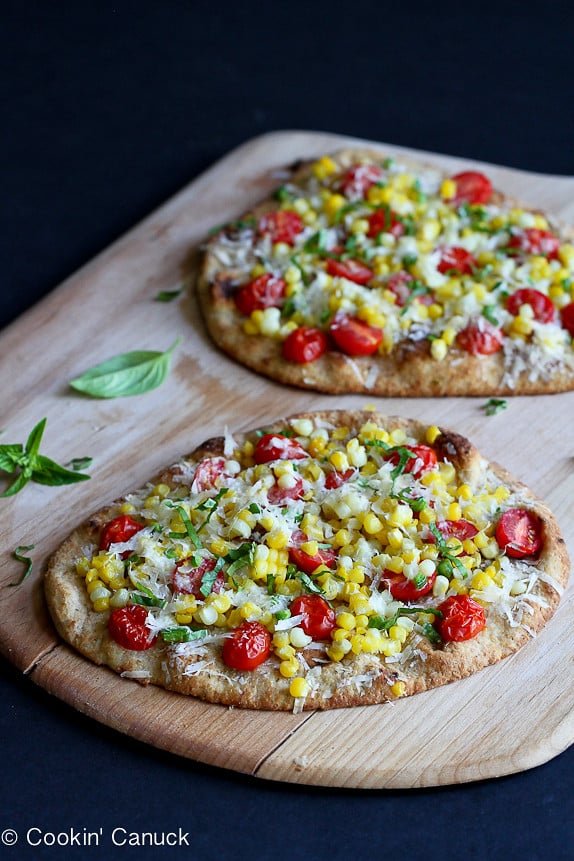 I went easy on the cheese, but piled the vegetables on generously. After all, this pizza is supposed to be about the flavors of the sweet corn and tomatoes. As much as I love melted cheese, I didn't want to drown the vegetables. So, there's just enough cheese to hold everything together and add a touch of saltiness. By all means, throw on some fresh mozzarella or more Parmesan cheese if you wish. 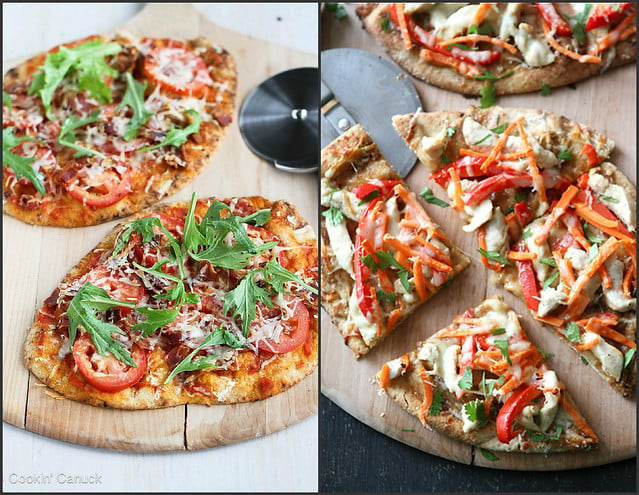 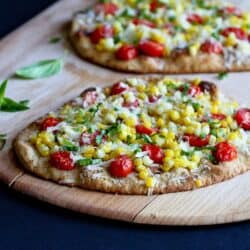 From the kitchen of Cookin' Canuck | cookincanuck.com