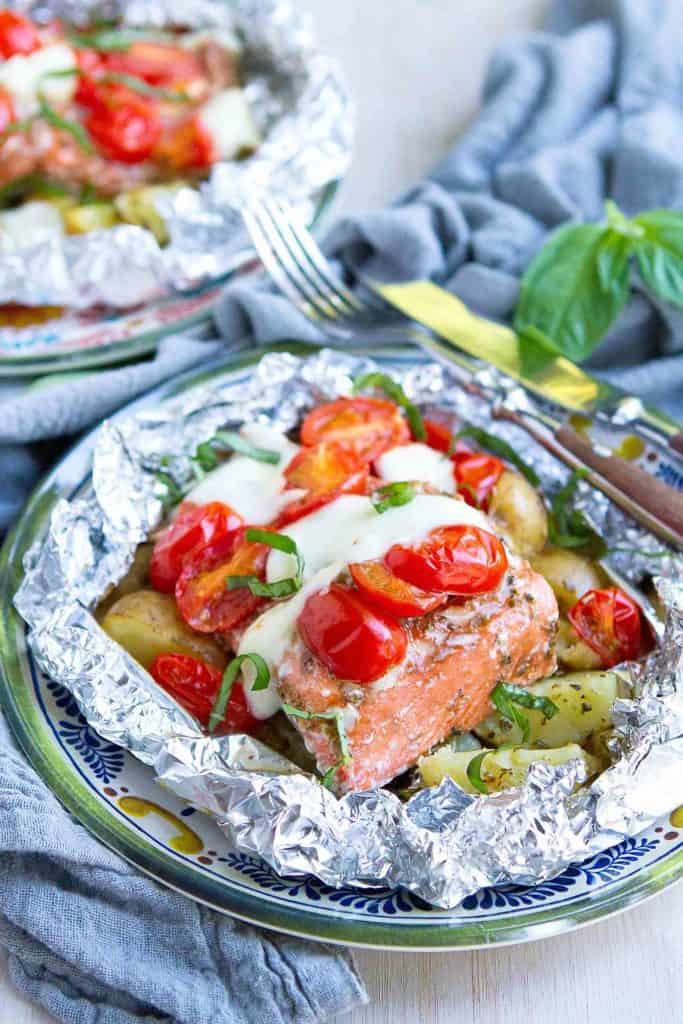 Fantastic for camping or mid-summer meals, these Caprese Potato Salmon Foil Packets are one of our favorite meals. So much flavor in every bite! 404 calories and 7 Weight Watchers Freestyle SP. Thank you to The Little Potato Company for helping me share this recipe with you.

Summertime is here! And in our house, that means two things - camping and grilling, and these Caprese Potato Salmon Foil Packets fit the bill in both cases. When camping, we often rely on easily transportable meals, such as pasta salads. But we always try to work in a few foil packet meals during the trip because they are so easy to prepare and the kids always get a kick out of cooking on the campfire and eating out of foil packets. It’s the little things!

Not only is the meal easy to prepare, with a few make-ahead options detailed later, but the flavors are truly fantastic. Take everything you love about caprese salad - sweet tomatoes, fresh basil and creamy fresh mozzarella - and add in extra seasoning, delicious salmon fillets and tasty, convenient Creamer potatoes. These Little potatoes are especially easy to work with because there’s no peeling or washing required - such a timesaver!

While this meal is best straight from the grill, it is surprisingly good served at room temperature. Think vinaigrette-potato-salad-turned-entrée. This makes it ideal for taking on picnics or cooking earlier in the day before the summertime temperatures are so high that you can’t fathom even a minute of standing in front of the grill (that’s not just me, right?) 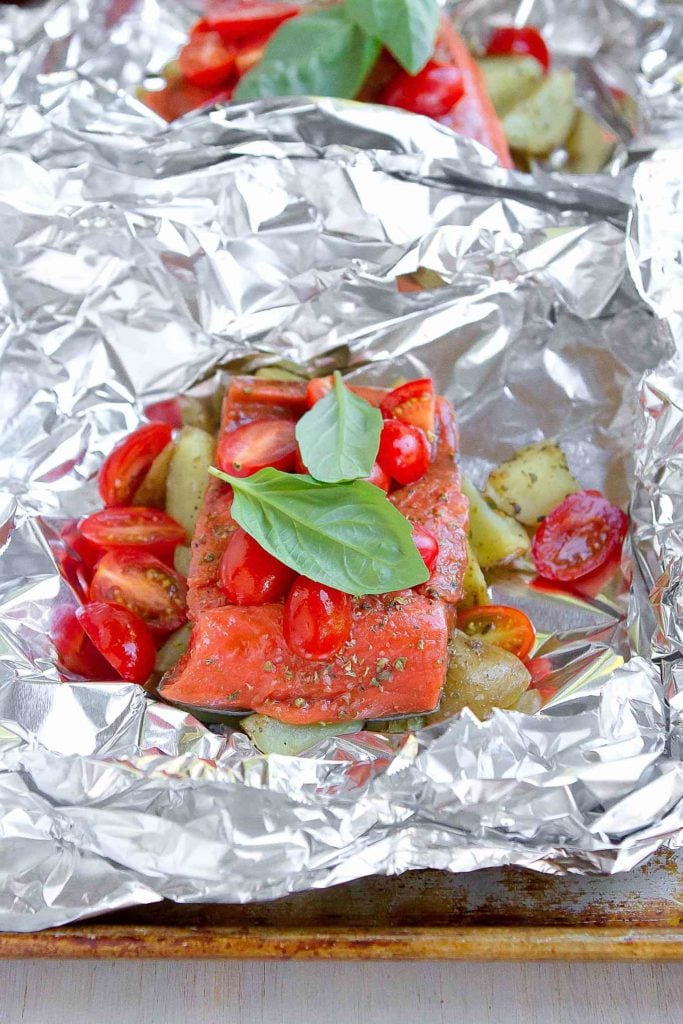 How to make the salmon foil packets in the oven:

How to tell when salmon is cooked: 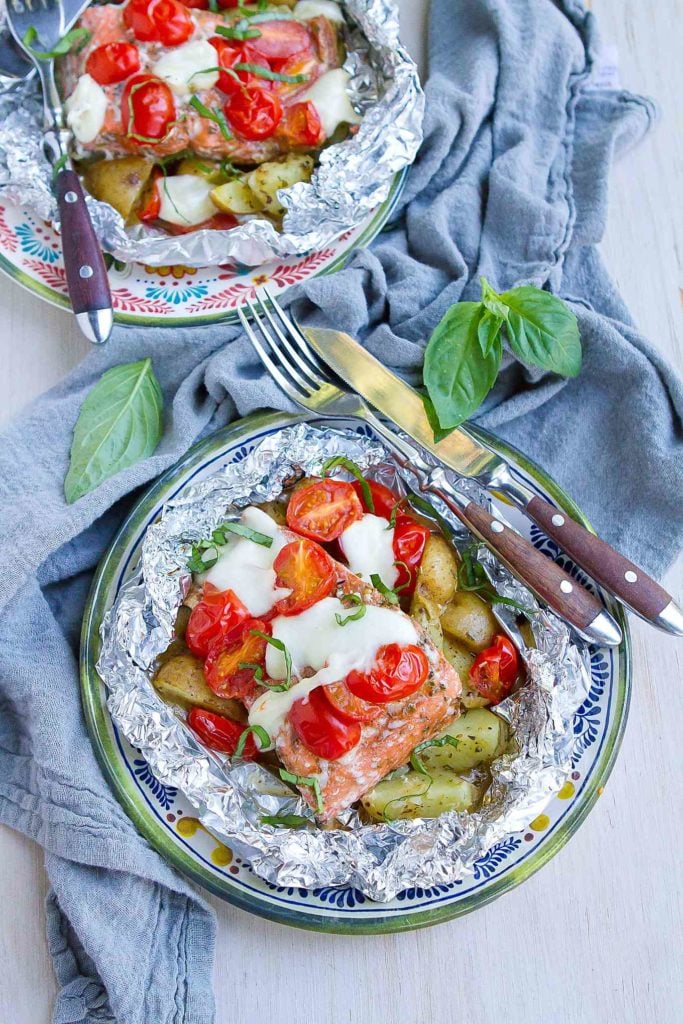 Other grilling recipes with Little potatoes: 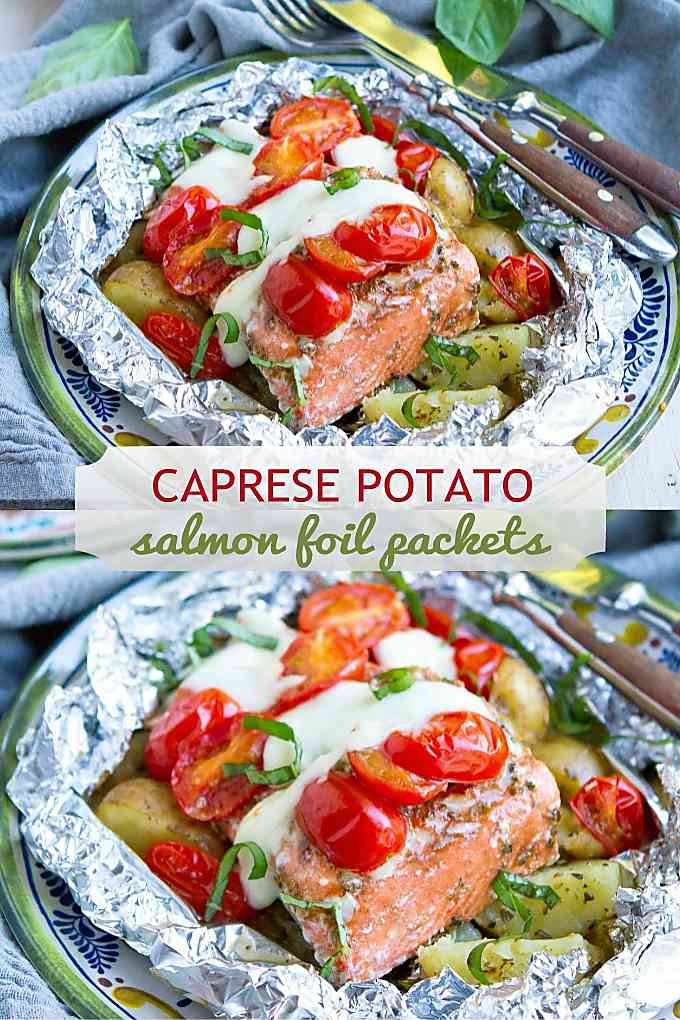 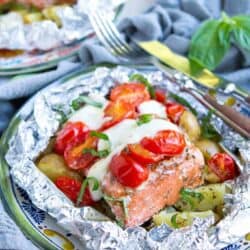 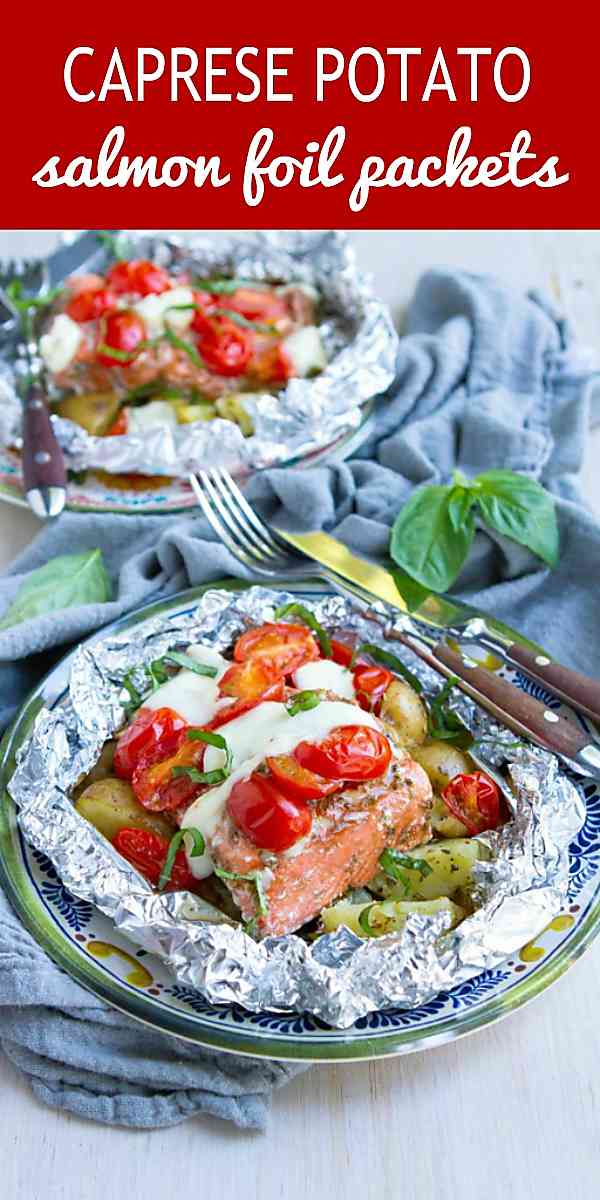 Disclosure: This post was sponsored by The Little Potato Company. All opinions are my own. I am a participant in the Amazon Services LLC Associates Program, an affiliate advertising program designed to provide a means for me to earn fees by linking to Amazon.com and affiliated sites.