This Greek Chicken Spaghetti Squash Skillet recipe is so filling and satisfying that it’s hard to believe it’s healthy. And if you’re following Weight Watchers Freestyle program, each serving is only 1 point. 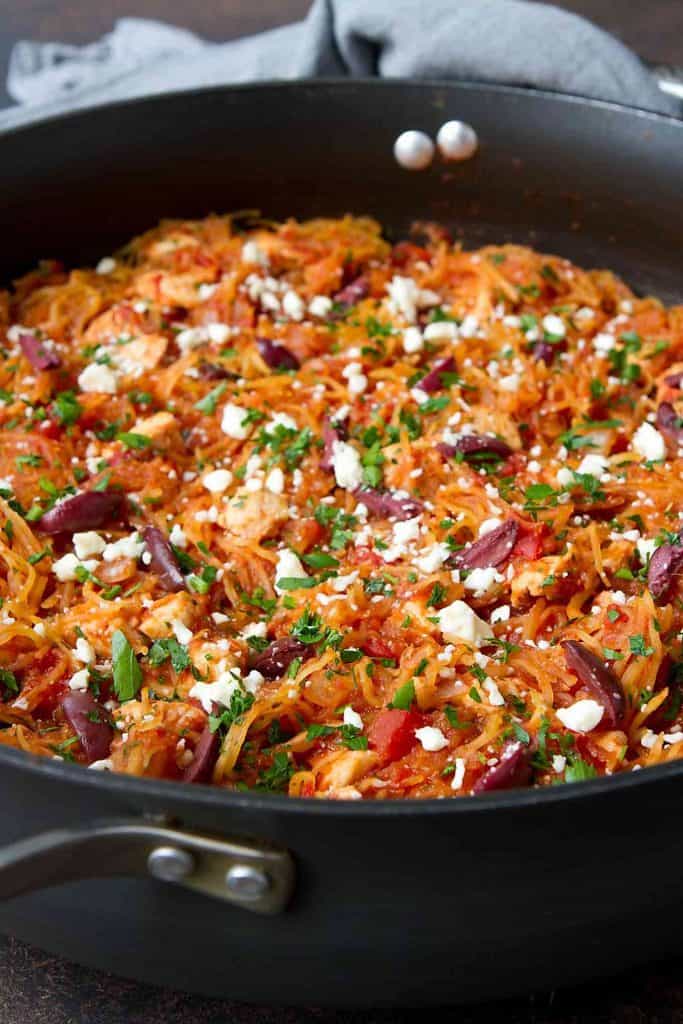 If you’re following a low carb diet, you’ve likely discovered that spaghetti squash is a fantastic substitute for pasta. But low carb or not, this versatile squash can be mixed with almost any type of protein, as well as a variety of vegetables and sauces. 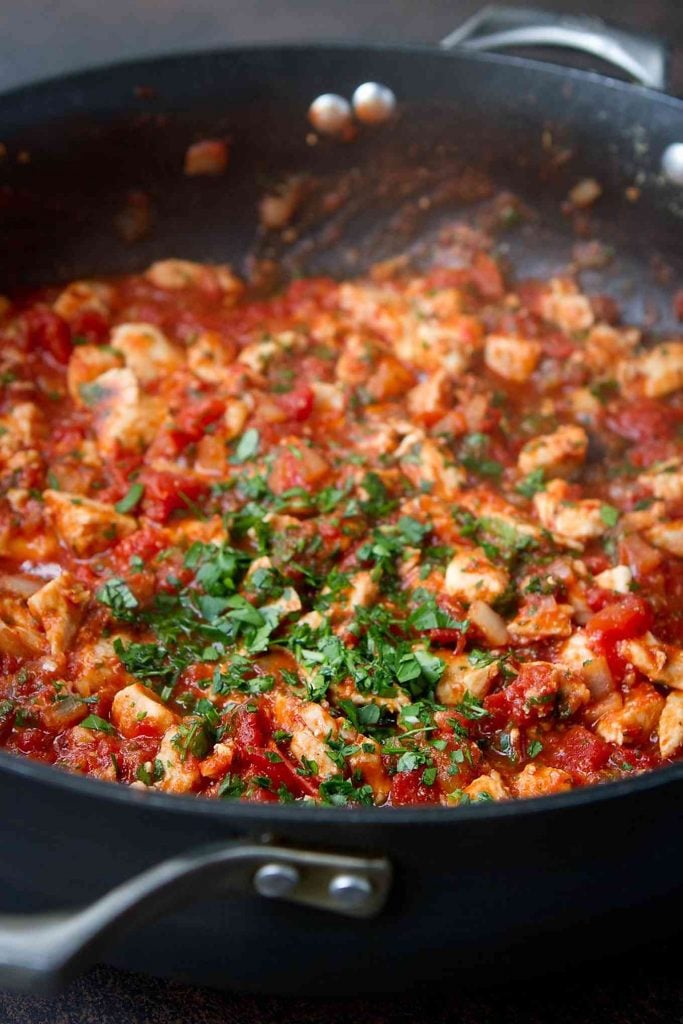 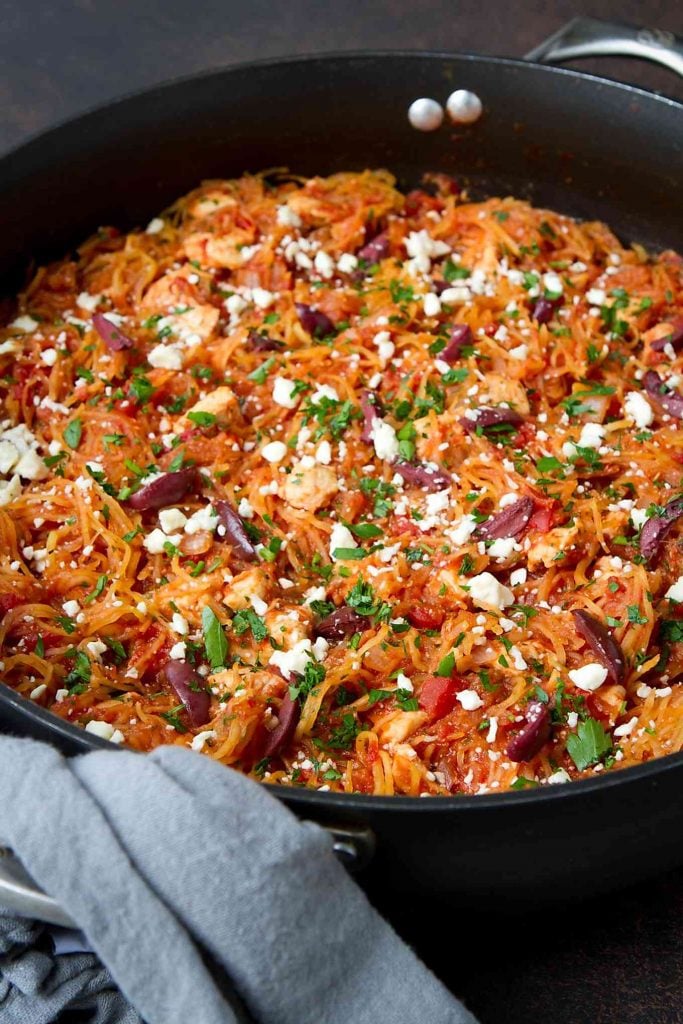 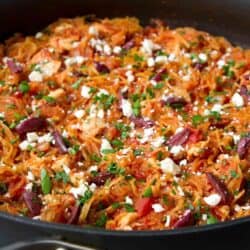 Disclosure: We are a participant in the Amazon Services LLC Associates Program, an affiliate advertising program designed to provide a means for us to earn fees by linking to Amazon.com and affiliated sites.
em>