Chicken stuffed spaghetti squash is taken to a whole new level in this easy recipe. It is stuffed with veggies and flavored with pesto for a healthy dinner. 230 calories and 5 Weight Watchers Freestyles SP 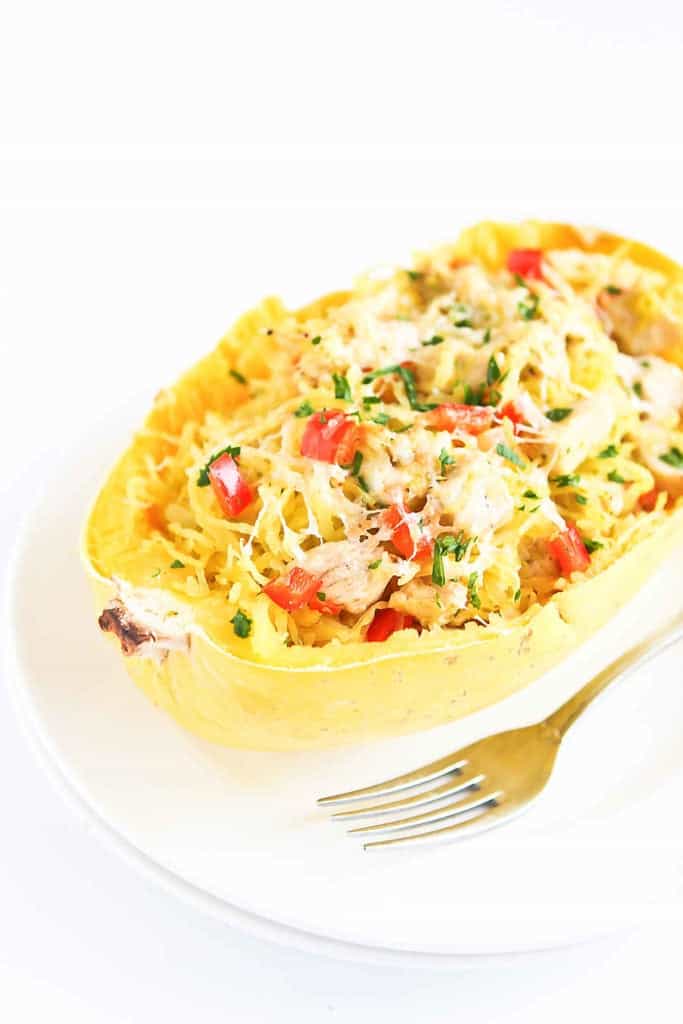 If there is one vegetable that likes to dress up in 100 different outfits, spaghetti squash is it. It is a vegetable just begging for a metaphor. Its earthy side comes out when dressed in apples and toasted pecans. Its fiesta-loving self is revealed when mixed with black beans and corn, stuffed enchilada-style. When it's feeling sassy, out comes the puttanesca sauce. 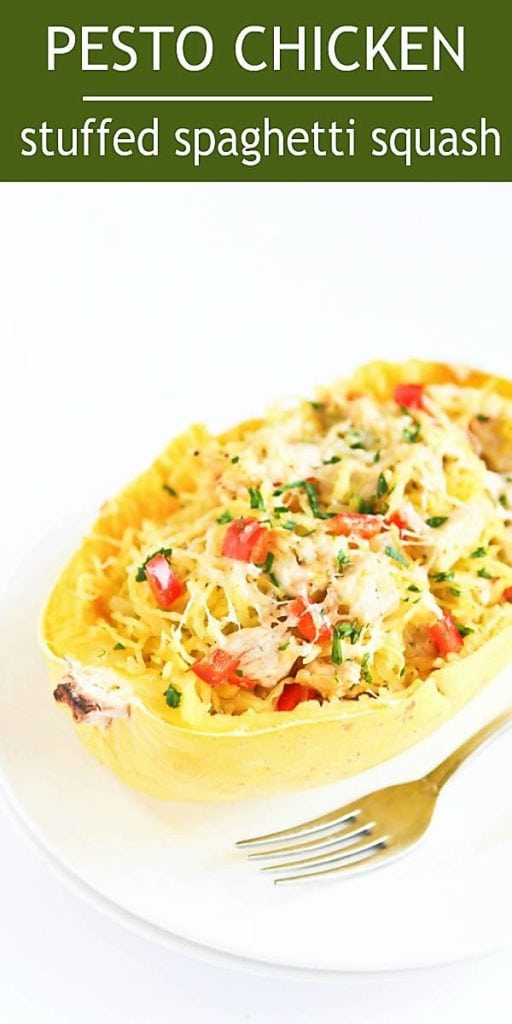 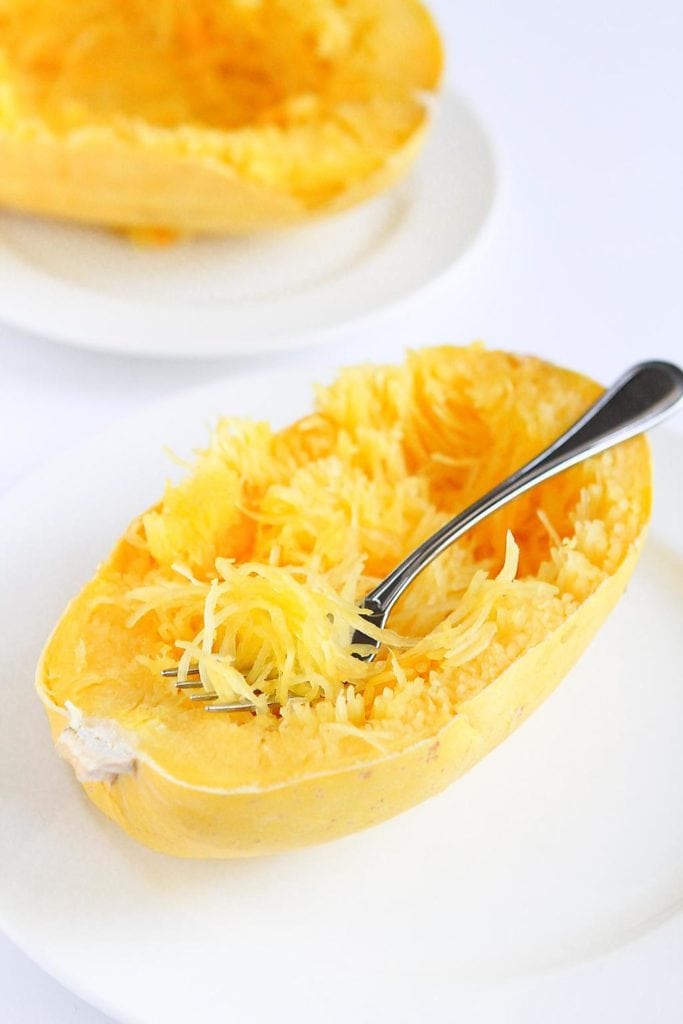 Spaghetti squash is versatile, healthy and can easily be served as a side or main dish. As good as it is when served with a ladleful of tomato sauce and a sprinkle of Parmesan cheese, it can become something much more interesting when mixed with different sauces, vinaigrettes and various mix-ins. 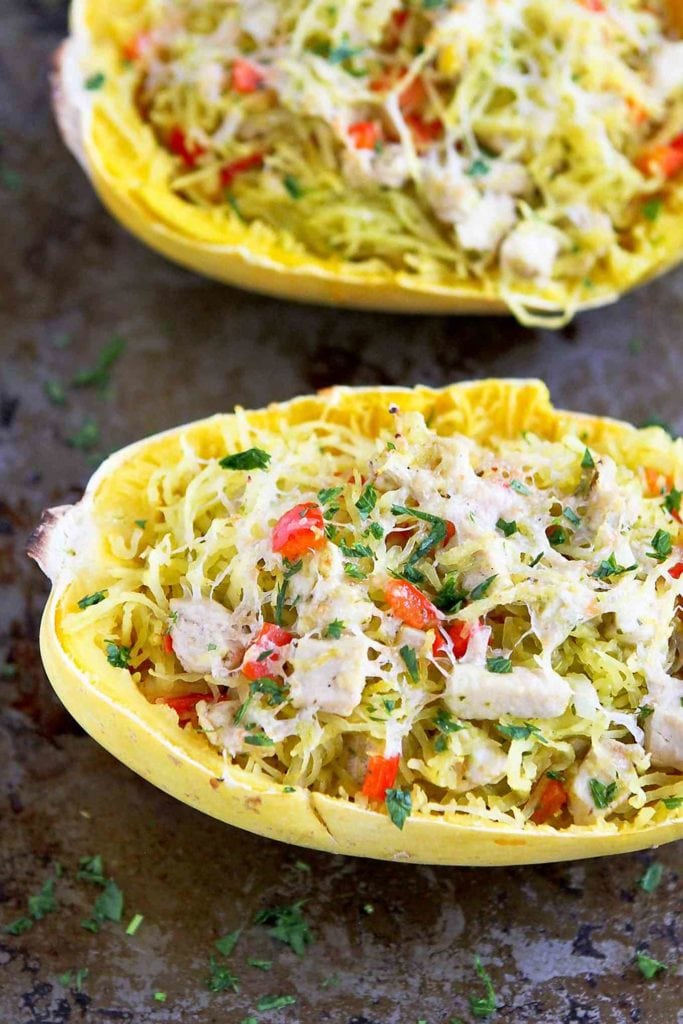 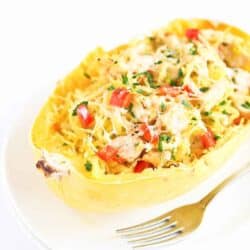 This post was originally published on September 8, 2015, and has been updated.