These easy steps show you how to peel ginger without wasting a lot of the flavorful root. 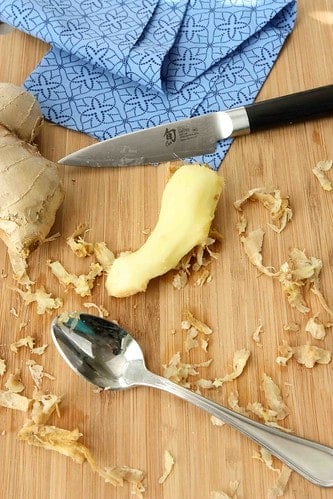 A couple of weeks ago, I posted a tutorial called How to: Turn on a Gas Grill and have been thrilled by how many people have written to tell me that they worked up the nerve to fire up the grill on their own. There’s no stopping you now! Now it’s time to move back to something a little less daunting – peeling ginger. Of course, you could use a paring knife or a vegetable peeler, but these methods do not allow you to get into the crevices and will lead to a lot of waste. Believe, there is a much easier way.

When shopping for ginger, look for roots with smooth skin. If you do not cook with ginger often and are concerned about the ginger going bad before you have a chance to use it all, cut the ginger into smaller pieces and freeze it before peeling. Wrap each piece in plastic wrap and place all of them in a resealable plastic bag. The ginger can be frozen for several months.

Cut off a piece of the ginger from the larger ginger root.

Using the inside of a small spoon, scrape the skin off the ginger, working into the crevices as necessary. 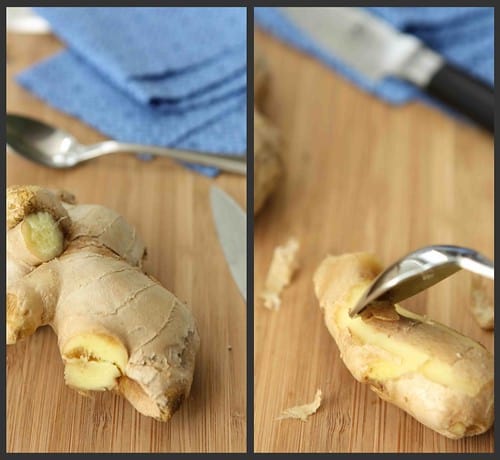 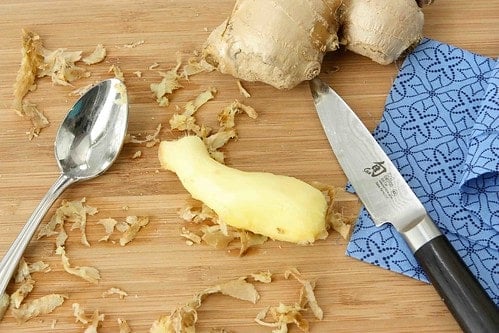