If you have always wondered how to roast Brussels sprouts, this tutorial is for you! Roasted Brussels sprouts are the ultimate fall or holiday side dish! 63 calories and 1 Weight Watchers Freestyle SP 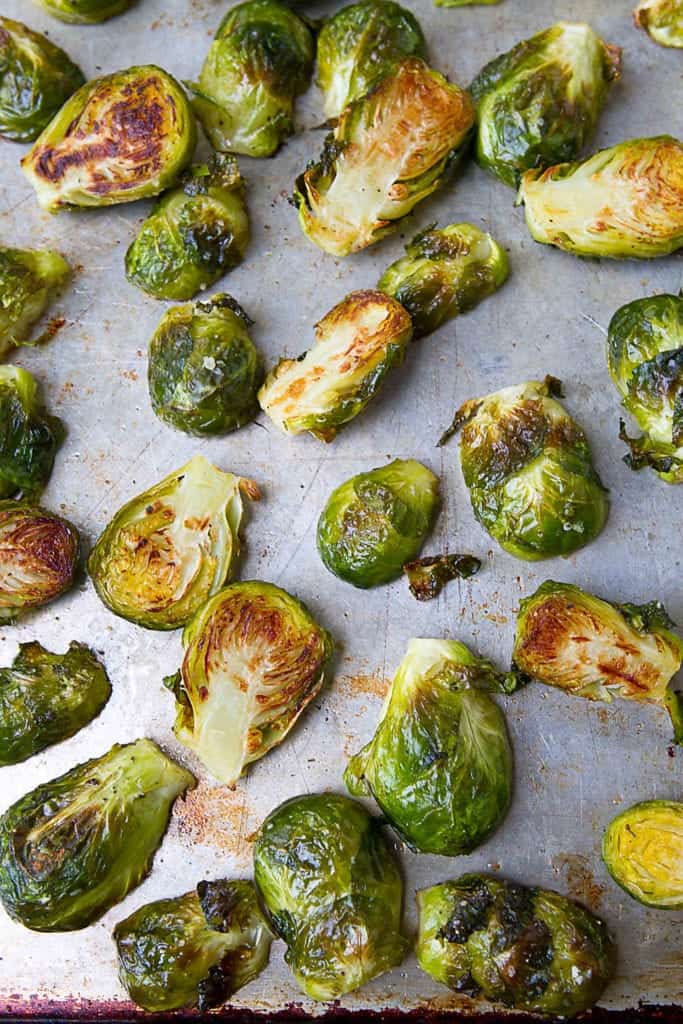 How to Roast Brussels Sprouts

Brussels sprouts and I were not bosom buddies when I was growing up. In fact, they were just as likely to end up in the garbage can or in the dog's bowl as they were to be ingested by me. But then I learned how to roast Brussels sprouts and how to serve them shredded (now my favorite holiday side dish), and I quickly became enamored by the little cabbages.

Roasted Brussels sprouts can be doctored up as much or as little as you like. Sometimes I add dried cherries or cranberries, toasted almonds and Parmesan cheese, or I grate some Parmesan cheese over top before serving, and other times I stick to a simple formula of olive oil, salt and pepper. This tutorial shows you how to oven roast Brussels sprouts in this simplest way, but feel free to branch out with other seasonings and add-ins. 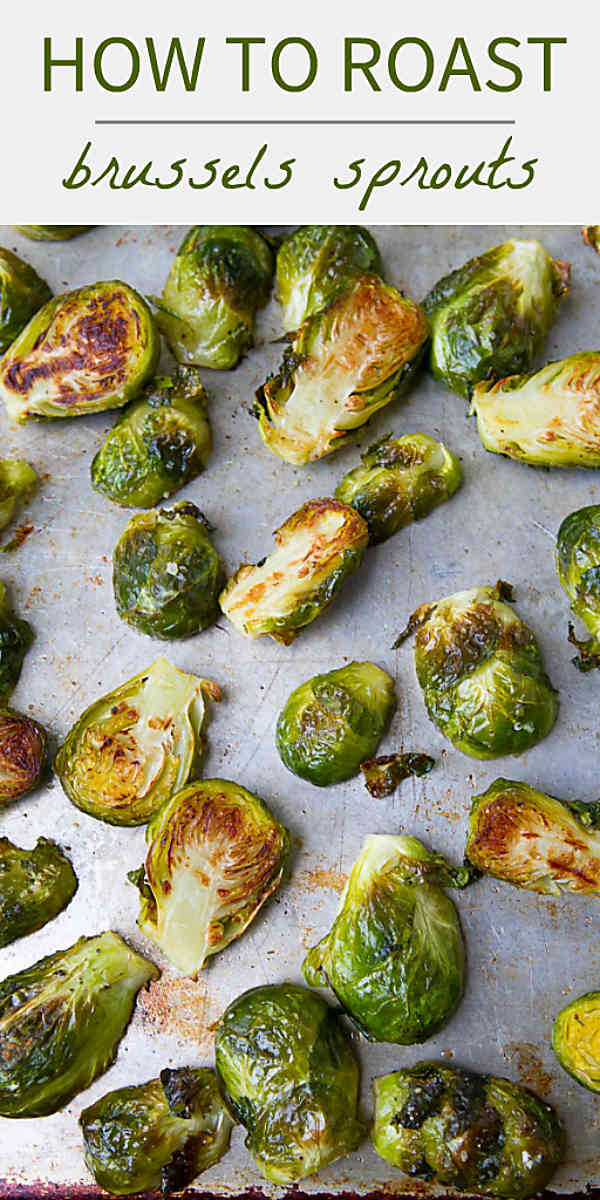 Do you cut Brussels sprouts before roasting? 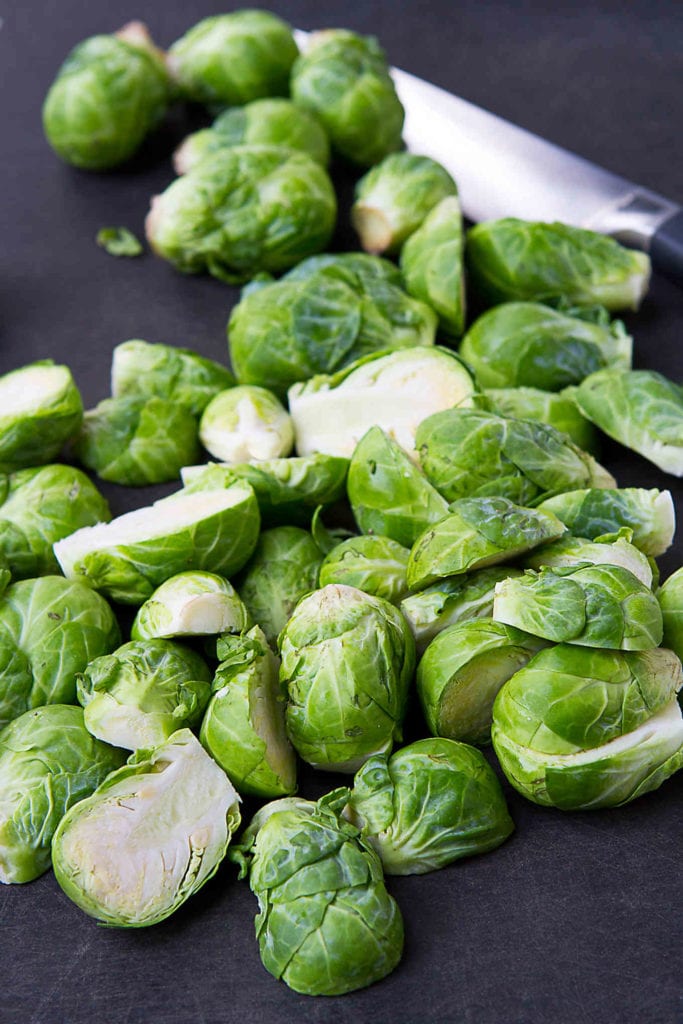 How to roast Brussels sprouts: 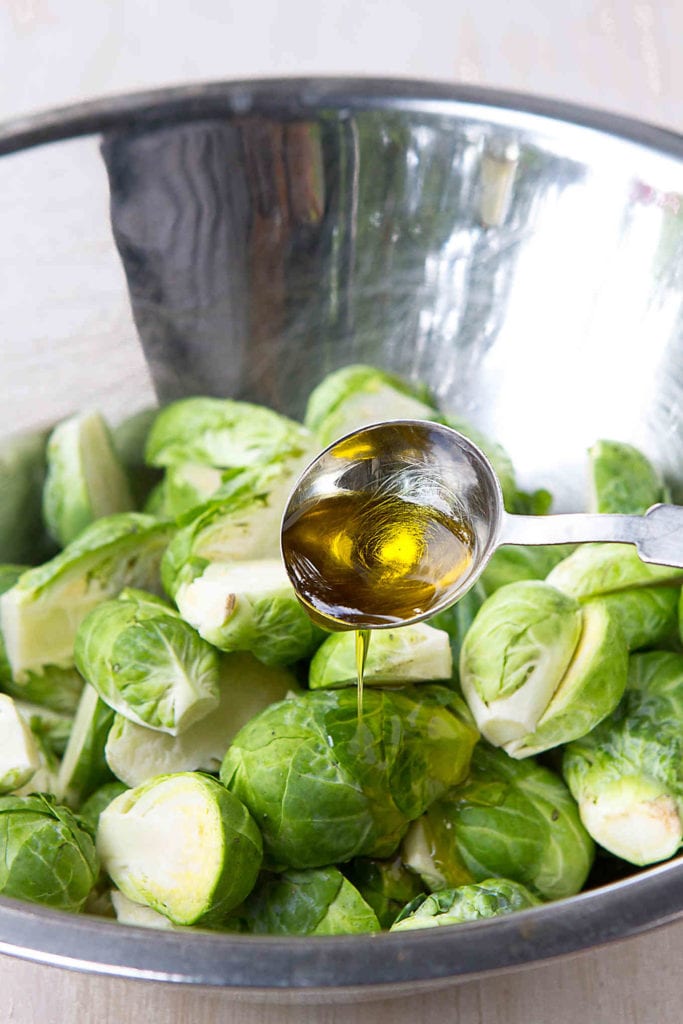 Is it "Brussels sprouts" or "Brussel sprouts"? 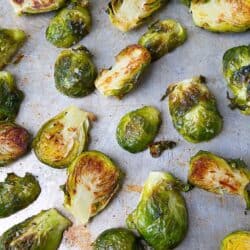