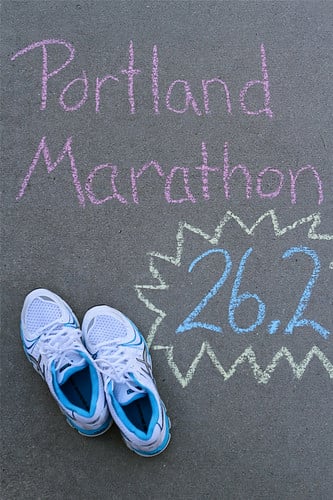 It's been quite a year. Looking back, it's hard to believe that one year ago, I was 30 pounds heavier (see the "before" photos), intensely unhappy about where I was with my appearance and fitness level and wallowing in self-pity (oh, there were a lot of tears). And now, here we are. It's two days before my first marathon and I can hardly believe that I am actually going to run 26.2 miles. Crazy.

Believe me, it hasn't all been peaches and roses.

Many of you have already read about my health and weight loss journey, so I won't bore you with the details. Suffice to say that I was sick and tired of thinking about my weight, standing in front of the closet each day, wondering which shirt I could wear to cover the unsightly muffin top.

I don't know what clicked in me, but whatever it was, it clicked hard. I put my head down, focused on making some life changes and came out of the whole thing 30 pounds lighter.

I'm going to throw in some of my favorite carbo-loading recipes throughout this post. Here is the first batch: 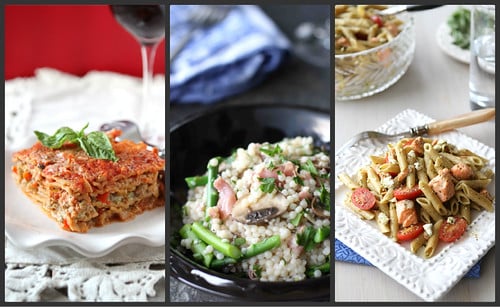 It seemed fortuitous that I posted on Twitter, "Does anyone have any good recommendations for running tanks?", just as Cindy of Once Upon a Loaf was scanning her Twitter feed (here is Cindy's Twitter stream). You see, Cindy is not only a fellow food blogger, but she is also a certified running coach and one of the most inspiring people I know. It was an easy, comfortable friendship from the start and I am so excited at the prospect of meeting Cindy in person in April when both she and my husband run the Boston Marathon. More on Cindy later.

In April, I stood at the starting line at the Salt Lake City Half-Marathon, butterflies fluttering in my stomach, knowing I was about to do something big (well, big for me anyways). It wasn't my first half-marathon, but there was something distinctly different about this one. I wrote about my thoughts and training process in this post. 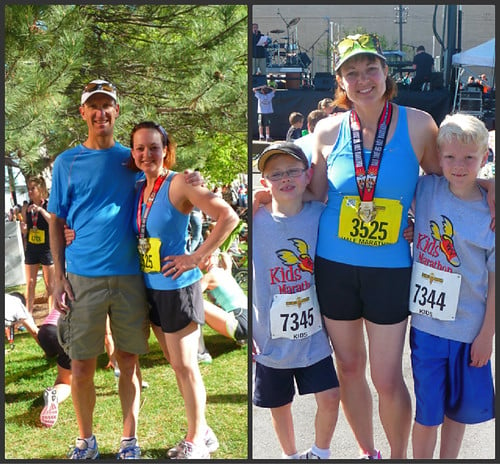 Sure enough, 13.1 miles later, I had smashed my PR (personal record) by 12 minutes and finally knew that I had run like I meant it. Here's the story of that day.

After watching my husband (S) run his ninth (!!!) marathon, I started to toy with the idea of running a marathon. Was I completely crazy? Did I honestly think that I could work in 15-, 18-, and 20-mile training runs, let alone complete a 26.2 mile race? I let S in on my thoughts and we started to sift through various marathon websites.

We finally settled on the Portland Marathon. It's not too far away from Utah, it's a fantastic city for scenery and food and the marathon is known for being beginner-friendly. Though that last point always makes me chuckle. Is any course 26 miles long really that friendly?

We typed our names and credit card number onto the registration field and then S made me click the "Submit" button. There was something about pressing the mouse and seeing the "Confirmed" message that made it all seem very real.

Suddenly, I was terrified.

Who was one of the first people I told? Cindy, of course. And with that, the coach was put into action. After gathering various information from me (previous training details, health overview, history of injuries and my goals and dreams), Cindy put together a comprehensive plan that not only included the workouts I would be completing each week, but also various thoughts on keeping my body healthy and fueled during the process.

During that same month, a group of amazing women came together and we formed a fun group, intent on inspiring people to run their first 5k races. And so, Red Faced Runners was born. 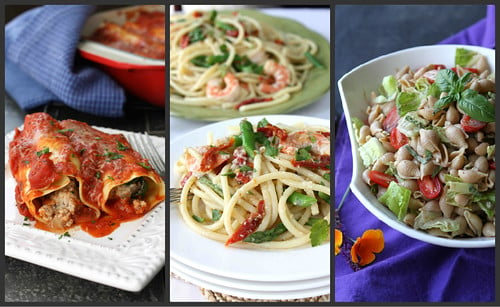 And here is where the "not so perfect" part starts. In the middle of August, the boys and I went to visit my parents in Victoria. My training was going really well. I hit each mark Cindy laid out for me, taking joy in feeling myself get stronger and embracing the rest days.

Five days before the end of our visit, I went out for a 10-mile run. About 5 miles in, a persistent pain crept along the arch of my left foot. I stopped to walk a couple of times, took off my shoe to massage my foot and adjust the laces, and tentatively tried running a couple more miles. I cut the run short and headed straight back to my parents' house to ice my foot and pop some Ibuprofen.

The next two days, I didn't run at all. If the injury was just starting, why not nip it in the bud right away? Ice, Ibuprofen...rinse and repeat.

Two days later, I tentatively headed out for another run, practically holding my breath and hoping like anything that all would be well. Not so. The pain persisted and I knew I was in trouble. I skipped my 18-mile long run that weekend, which would have been my longest run up until that time. I was bummed.

A few days after I returned (and many icing sessions later), the pain still nagging me, I sat down to figure out the mileage on my running shoes. Typically, I change out my shoes about every 400 miles but hadn't been good about keeping track with those shoes. I began adding and watched in horror as the number on the calculator got bigger and bigger. 860. Yes, 860 miles on my shoes! I texted Cindy and could practically hear her pass out across the cell phone airwaves. New shoes...stat.

To the doctor I went. Three x-rays and a physical exam later, he determined that I didn't have a stress fracture, but there was a prominent heel spur sticking out of my left heel. Super. Heel spurs are actually the body's way of healing itself and my "little" problem had probably been in the works for months.

And then he uttered the words that no runner wants to hear. Plantar fasciitis. *Cue the horror movie scream.* The plantar fascia is the thick connective tissue that runs along, and supports, the arch of your foot. When this tissue becomes inflamed, it can cause pain from your heel to your arch, to your toes. Not good. Not good at all. 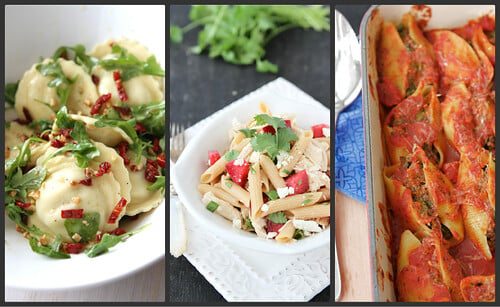 During all of this time, I took off two weeks from running. Even though I was keeping up my cardio by swimming and biking, I felt my marathon dreams slipping away. I did some exercises I found on YouTube (seriously, I'm the doctor's worst nightmare), but could feel that things just weren't getting any better.

After one of my tearful sessions where the glass was looking considerably less than half-empty, my husband put the phone and the doctor's referral slip in my hand, and insisted I call the physical therapist.

I walked into that first appointment, full of doubt and apprehension. What if the physical therapist told me that I was crazy for even considering the marathon at this point? What if he told me I just wasn't destined to run a marathon, that I should stick to short distances? A year ago, that wouldn't have been a big deal. But now, I am in a different place, and something less than reaching that goal seems unfathomable.

Poke, prod, stand, sit, massage...and then he pulled out his Ninja tools (Cindy's name), otherwise known as Graston blades. He scraped the bottom of my foot, along the arch (ouch!), and along the ball of the foot and heel, using specially designed, blunt steel blades. The idea is to break up the scar tissue that has formed and, ultimately, makes you overcompensate when walking or running. "I'll give it a shot," I thought.  What did I have to lose?

I worked at the exercises the pt gave me, went in for additional Graston blades treatments and only ran when he taped my foot in such a way that my arch was supported. With his (and Cindy's) blessing, I began running again and gradually increasing my mileage.

There was still some pain along the way, but I could feel improvement each time I went out to run. I became hopeful again. Maybe the marathon wasn't completely out of reach. 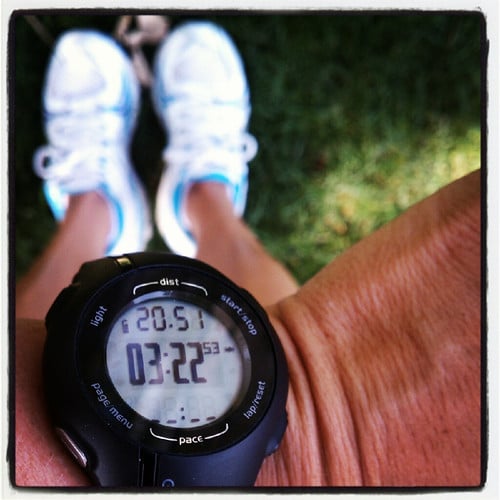 Over the past weeks, I built up my mileage and finally completed a 20-miler two weeks ago. Was my training everything I wanted it to be? Nope. My mileage for the whole training period dipped well below what I intended, I cut out speed work altogether and I'm still uncertain if my foot will give the "okay" for the full marathon.

But I'm doing it. On Sunday morning, S and I will lace up our running shoes and head to the start line together. We'll say our good-byes and "good luck"s to each other (S will likely finish about 1 ½ hours ahead of me) and we'll both dream of the moment when we see our boys, my parents, S's parents and S's brother and girlfriend near the finish line.

Was it all worth it?

Even though I haven't crossed the finish line yet, I can sincerely answer that question with a resounding, "Yes!" I learned something about myself on this journey. 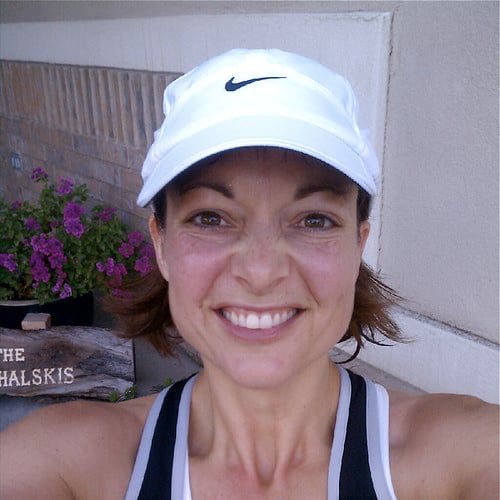 I learned that I can overcome an obstacle that sits directly in my path.

I learned that I can run 20 miles without stopping.

I learned that I can push through the wall.

I learned that I am stronger than I thought I was.

I learned that I want to do this all over again.

Thank you for all of your support and encouragement along the way.