It doesn't get any easier than this 3-bean vegetarian slow cooker chili. Just throw in the ingredients you'll be rewarded with a healthy meal by dinnertime. 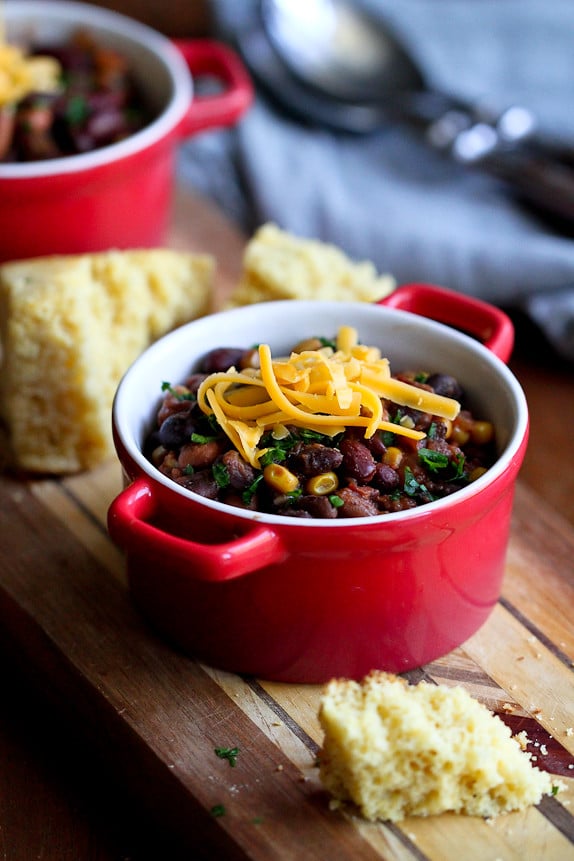 When you marry into a family, there are certain expectations placed upon you. For me, it was learning to make my mother-in-law's crockpot applesauce and coveted zucchini bread. Believe me, I'm not complaining. It could have been something like making a quilt for every first born, which would have resulted in rapid expulsion from the family. I can't knit, sew or quilt to save my life!

The thing is, I had never used a slow cooker in my life. My family didn't own one when I was growing up, and I was certain I was going to light the house on fire by leaving a cooking device plugged in and turned on when I wasn't at home. I mean - come one - that's one of the first things they teach when you're learning to cook. Don't leave hot things unattended and don't slice off your fingers with the chef's knife. But it was time to step up to the plate or find a different dugout. So, I dove into the world of slow cooking. 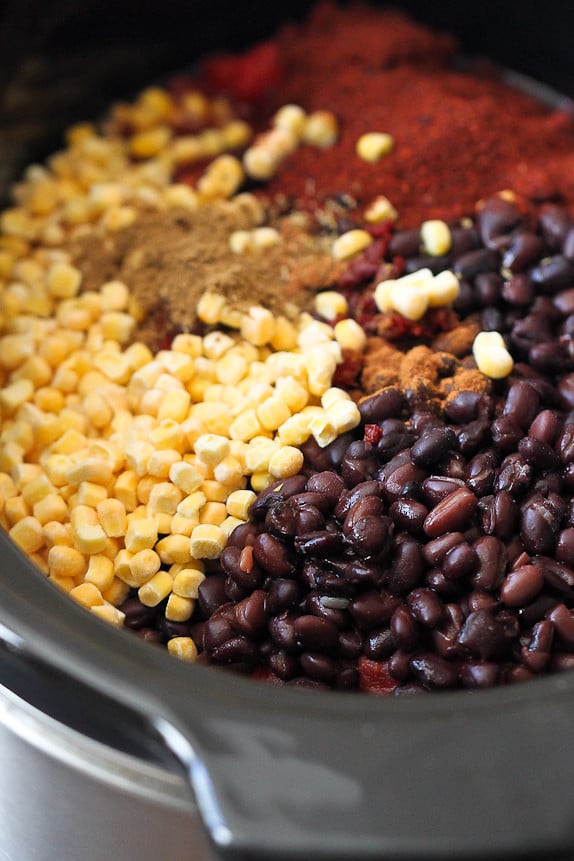 I started with the applesauce (you have to make it!), then eventually moved on to two of our favorites, Slow Cooker Vegetable Curry and Slow Cooker Hoisin Chicken. There's something about putting everything into the crockpot in the morning, knowing that you don't have to touch it until dinnertime, when you'll serve up a meal that convinces your family that you've been slaving all day. Long live the slow cooker! 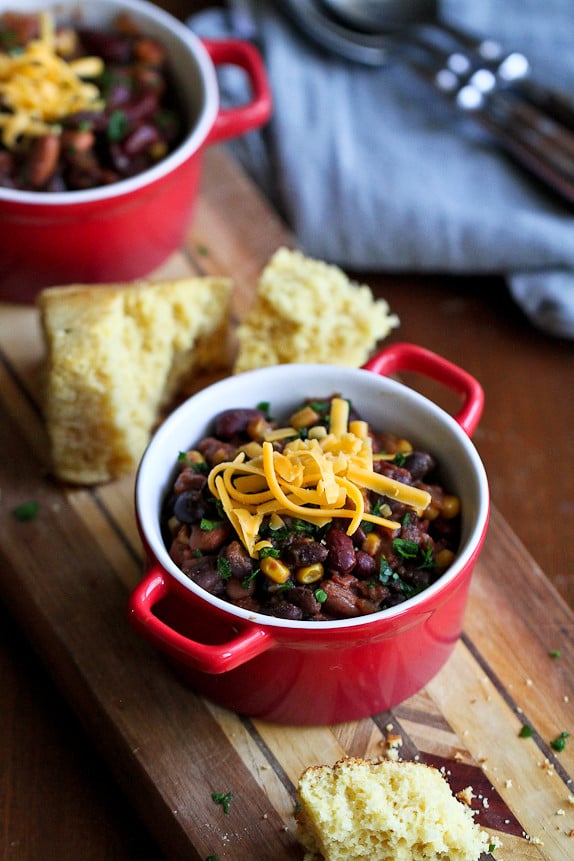 As soon as autumn hits, we become rabid fans of chili, whether it's a vegetarian 3-bean version like this one, our classic smoky turkey chili or a lightened-up white chicken chili. If it has the word "chili" in it, we're game. This version is fantastic for Meatless Monday. If you'd like to make it vegan, just skip the step of garnishing the chili with cheese. 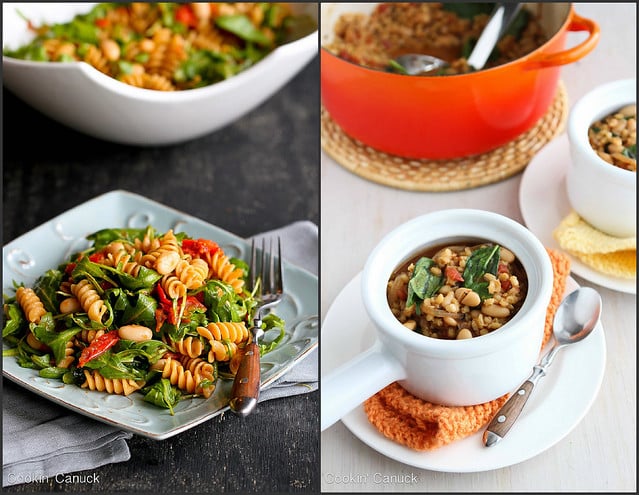 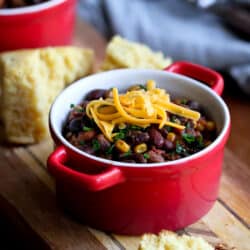