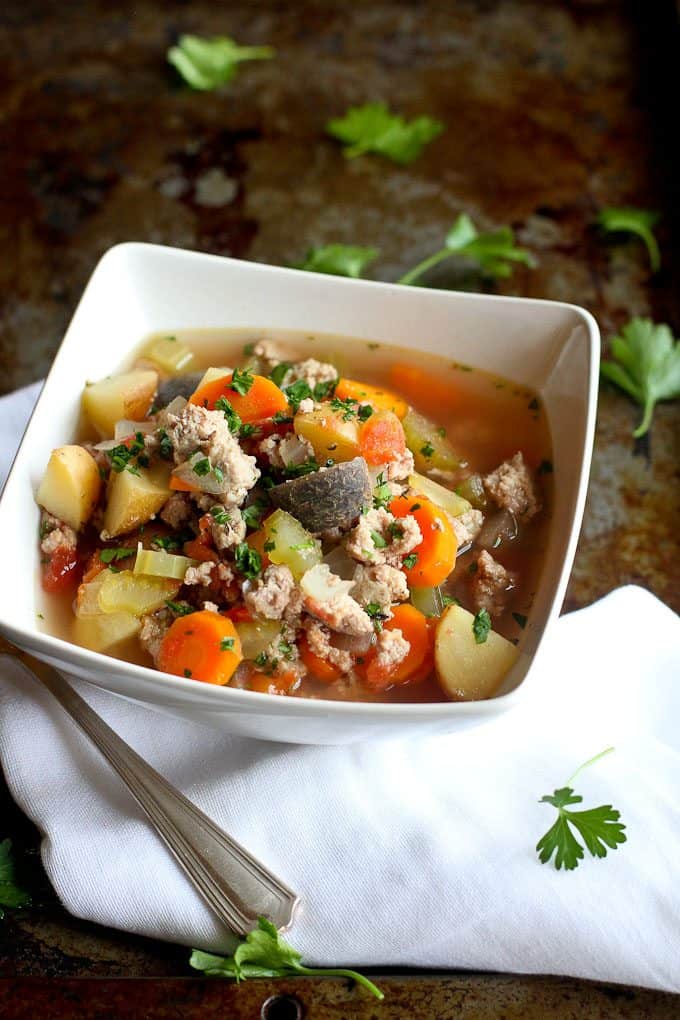 Hearty, healthy and satisfying, this slow cooker turkey soup gets an extra dose of nutrients from naturally sweet Creamer potatoes. 186 calories and 4 Weight Watchers Freestyle SP. Thank you to The Little Potato Company for helping me share this recipe with you.

There's rarely a time that soup doesn't sound like a good idea to me. Right after graduating from college, my parents and I visited friends who were living in Zimbabwe. Since these friends were working for the Canadian government and it was part of their job to host diplomatic dinners, they had an in-house chef. The man was a wizard with soups.

Not only did he rock the soup game, but he was an expert at using every last leftover in the fridge, effortlessly turning them into delicious meals. I was always curious to see which leftovers from last nights dinner were going to end up in the lunch time soup. Vegetables, chicken, fish…whatever he had, he turned it into a soup spiked with spices and herbs for flavor.

I think he would have approved of this soup because it is one of those meals that came to be by staring into the fridge and figuring out a way to use up extra ingredients. I actually browned the ground turkey, cooked the onions and garlic and chop up the vegetables the night before. In the morning, I threw everything together in the slow cooker, set it on low and let it do its magic.

One of the ingredients I always have on hand is Creamer potatoes from the Little Potato Company. Since they go from bag to plate in about 30 minutes, they're handy for last minute roasting, steaming, boiling and mashing. This past weekend, I introduced a group of blogging friends to these Creamer potatoes and they couldn't believe how naturally sweet they were. I explained to them that's because the Creamer potatoes are bred to be little potatoes (rather than larger potatoes that are just harvested early) so are fully ripened when packaged. I'm not exaggerating when I say that they've spoiled me for any other kind of potatoes. 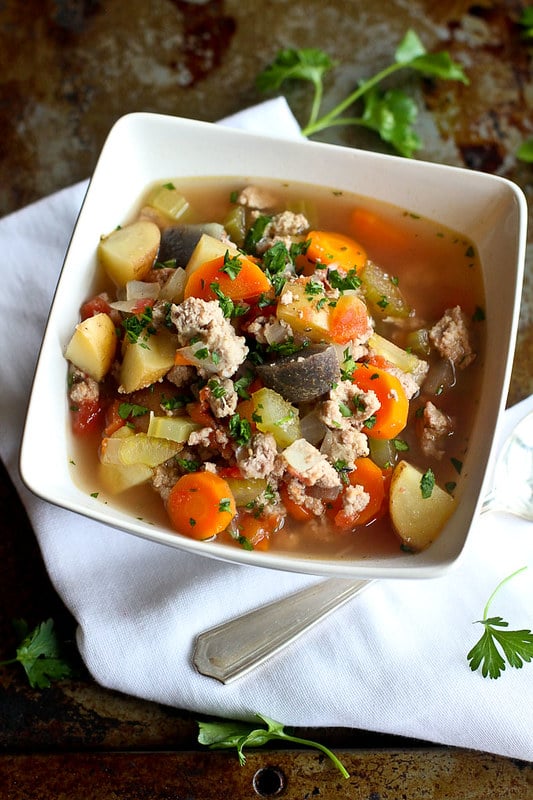 I used low-sodium chicken broth in this recipe, so it it's user-friendly for people who are watching their sodium intake. However, be sure to taste and season with extra salt and pepper at the end if you like your flavors a little more robust. 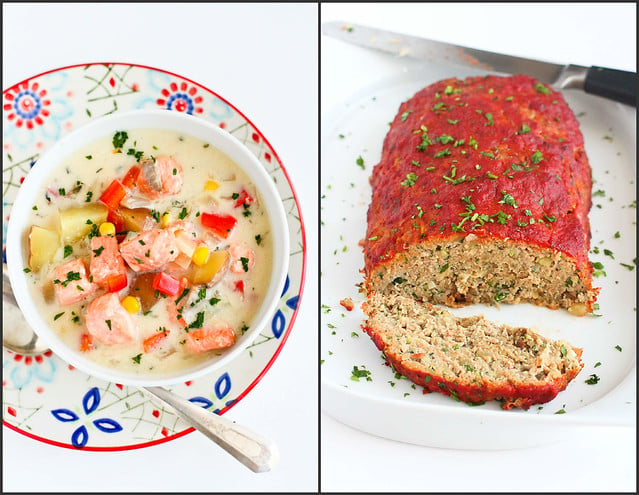 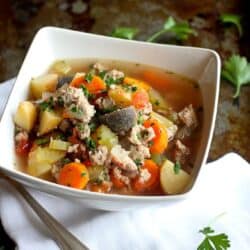