All the flavors of a caprese salad, tucked inside of a grilled portobello mushroom. This makes for a great vegetarian meal or appetizer! 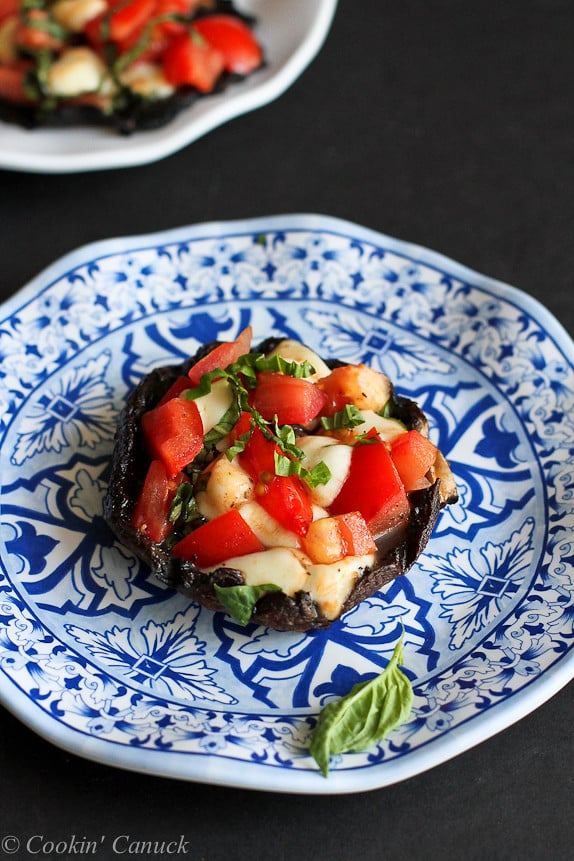 It seems that there's a slight imbalance in the backyard barbecue world. After talking to a couple of vegetarian friends in the past, I realized that non-meat eaters tend to get the shaft when summertime grilling season hits. Green salads, watermelon slices and the occasional vegetarian pasta salad. "Where's the good stuff?!" they wanted to know.

(Your unsolicited language lesson: I am fascinated by where different expressions, like "get the shaft" originated. So, as soon as I wrote the above paragraph, I had to look it up. According to the Urban Dictionary, it "(originated) in Old Europe during the Middle Ages, where burial space was often in short supply throughout many communities. To maximize use of space in many cemetaries, the dead were often buried in a 6 foot vertical shaft, rather than the usual horizontal grave position. The vertical position was considered less socially respectable. Thereafter the term began to mean poor treatment given to someone in such a way that demeans him or affirms second hand status as a citizen." Now you are fully prepared for your appearance on Jeopardy!)

Back to the mushrooms... 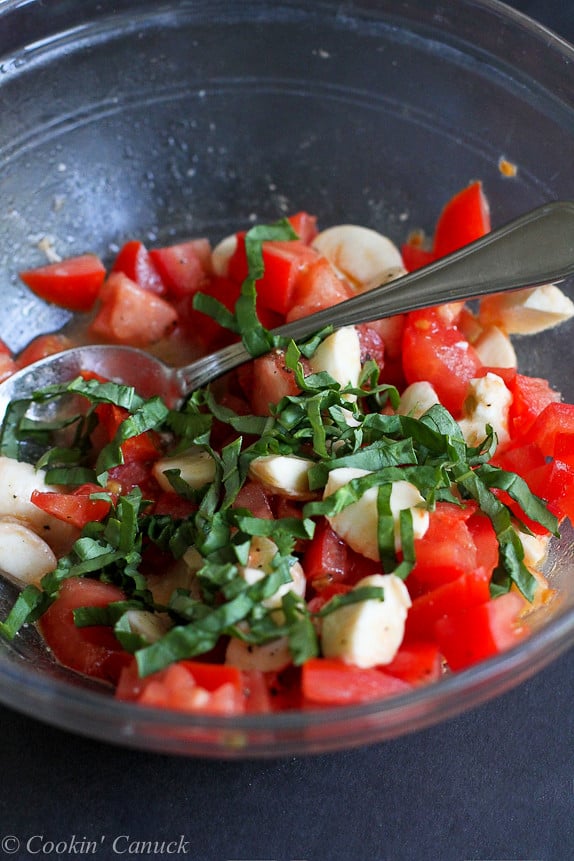 I have quite a few vegetarian grilling recipes, but figured that one can never have enough meatless ideas in the recipe arsenal to satisfy guests who prefer to avoid the hamburgers and ribs.

Once summertime hits and tomatoes are practically spilling out of garden beds, I can think of one thing, and one thing only...caprese. In case you're not in the "caprese know", it's a salad that stars tomatoes (the sweeter, the better), fresh mozzarella, basil and a drizzle of really good olive oil. Sometimes I also like to add a drizzle of balsamic vinegar. I know you're not really questioning my love of caprese, but just to prove myself, I counted six caprese-inspired recipes on my site, in the form of everything from Make-Ahead Baked Caprese Eggs and Caprese Spaghetti Squash with Roasted Tomatoes to Caprese Olive Oil Bread and a Caprese Frittata. 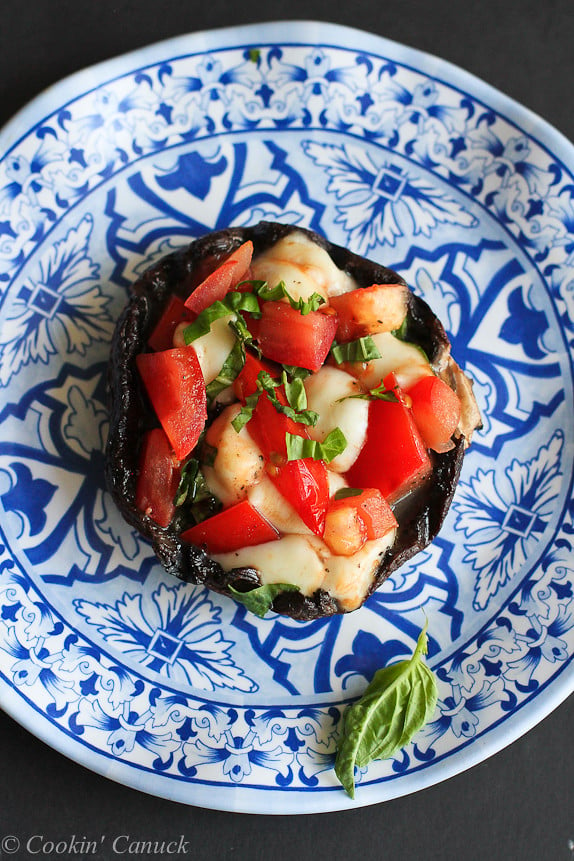 For this recipe, be sure to choose portobello mushrooms that have high enough sides so that the filling doesn't start to slip out as the cheese melts. Use the sweetest tomatoes you can find, whether or not they're Roma tomatoes (which I happen to call for in the ingredients list). The sweetness factor is more important than the variety of tomato. You could even use quartered cherry or grape tomatoes, if you prefer.

If serving these as an appetizer, one per person will do. If serving as an entree, allow for two mushrooms per person, particularly if they're aren't a lot of other vegetarian-friendly dishes being offered.

Other vegetarian recipe for the grill: 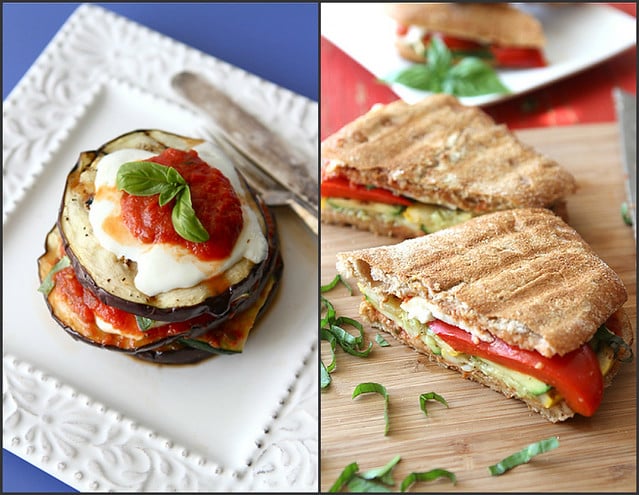 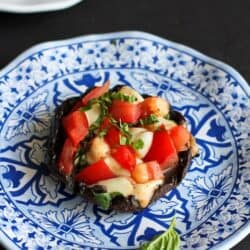