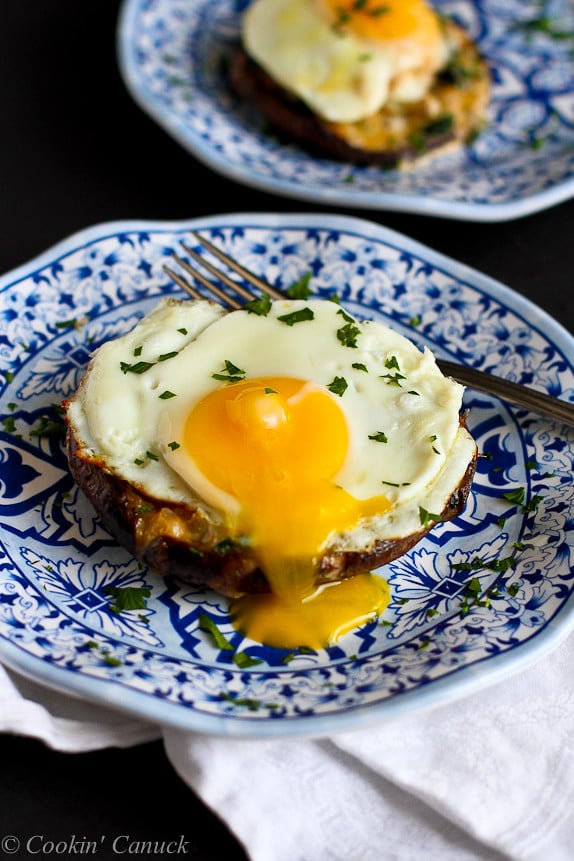 "The burst" is a thing of legend in our house. It started when I was a kid, passed on to me by my Dad, and has now been passed on to my own children.

Now that I've built it up, the reality of "the burst" may seem a little silly, but let me assure you that it is a treasured breakfast tradition in our house, something that is talked about with reverence. 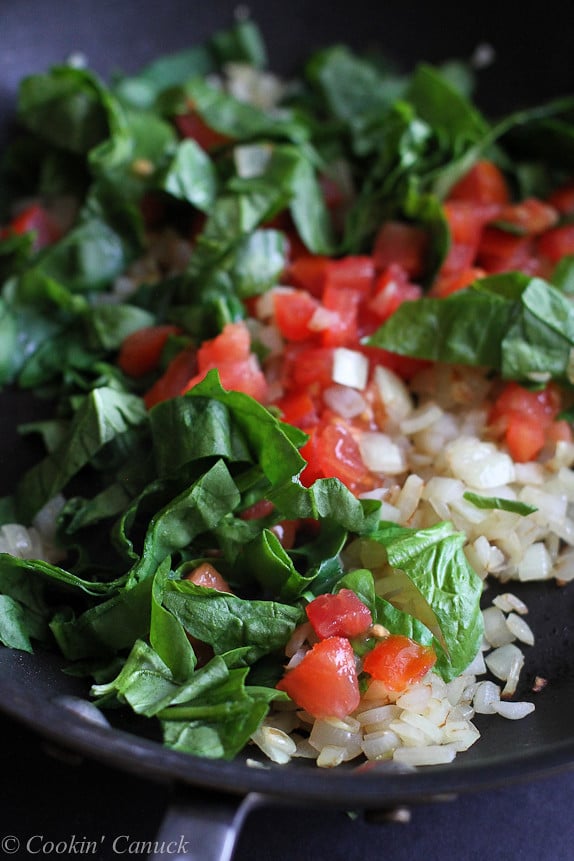 Ever since my kids were little, and even well before that, I've made a fried egg on toast for breakfast a couple of times each week. The boys watched me carefully cut away and eat the egg white and toast surrounding the soft yolk. They eyed me across the table as they munched on their cereal or peanut butter toast, not wanting to miss the finale.

"Watch, watch! She going to do it!" as they nudged each other simultaneously.

They watched, transfixed, as I scooped the whole yolk, balanced on a quarter-sized piece of toast, on my fork. I opened my mouth wide and slid in the whole bite. As I bit down, I closed my eyes, savoring the sensation of the warm yolk bursting in my mouth.

The boys waited until I finished chewing, still watching me closely.

And then, hesitantly, "Do you think our mouths are big enough yet to try it?"

One weekend morning, I cooked three helpings of "egg with burst" and placed a plate in front of each of us.

The boys worked away at the egg white and toast, taking care not to pierce the yolk. We ate in unison, wanting to reach the yolk at the same time.

We balanced our yolks on toast on our forks, the boys' eyes huge with anticipation. We opened our mouth wide, slid in the yolk, closed our eyes and bit down at the same time.

I peeked at the boys, only to find my older son (M), then 5 years old, staring at me, wide eyes brimming with tears.

"What's wrong, bud?" I asked, worried that he was starting to choke, that the bite was too big for him.

"I don't like it, " he mumbled through his bite.

He ran to the garbage and spat it out, then sat back down, head hanging low. Tears silently slid down his cheeks.

"Oh sweetie, it's okay. Not everybody likes it," I reassured him.

"I know. But I wanted to be able to eat egg with burst with you forever and ever."

His disappointment that day was heartfelt, exacerbated by his younger brother's immediate love of "egg with burst". It's been years since that day and M is determined to try it again one day. He tells me that he wants to make sure he's a little older so that his taste buds are really ready.

Food traditions evoke strong memories over a lifetime and can hold the key to stories and emotions that may otherwise be forgotten. Even though M and I don't share a love of this particular breakfast treat, we have built many other food memories, cooking together in our kitchen, indulging in epic sushi feasts at our favorite Japanese restaurant and sharing meals with family and friends.

Perhaps someday he will enjoy "egg with burst". Perhaps he won't. It doesn't really matter. We build memories everyday in and out of the kitchen, and those are the things we will hold dear for years to come. 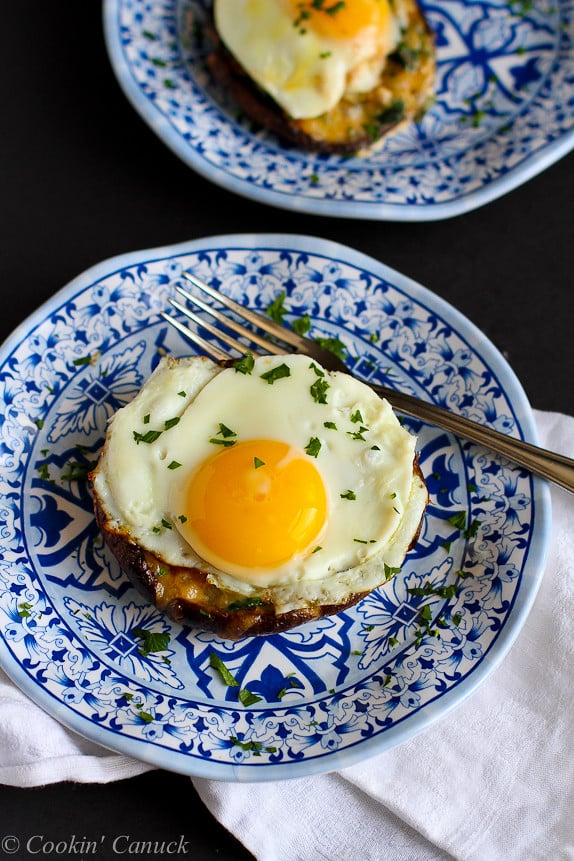 While this recipe doesn't involve the usual buttered toast, the soft, runny egg yolk mimics that well-loved breakfast offering. Instead of toast, the eggs are carefully cracked onto a portobello mushrooms that is stuffed with sauteed onions, tomatoes, and spinach, and smoky Gouda cheese.

As the eggs bake, the portobello mushrooms soften to become a tender and flavorful backdrop for the sauteed vegetables, gooey melted cheese and perfectly cooked eggs.

I haven't dared to try sliding the whole yolk with the vegetables into my mouth all at once - at least, not in public. This is one of those times that cutting open the yolk at the beginning feels right. The yolk mixes with the filling and produces a silky, luxurious mouthfeel.

Almost as good as "egg with burst". Almost. 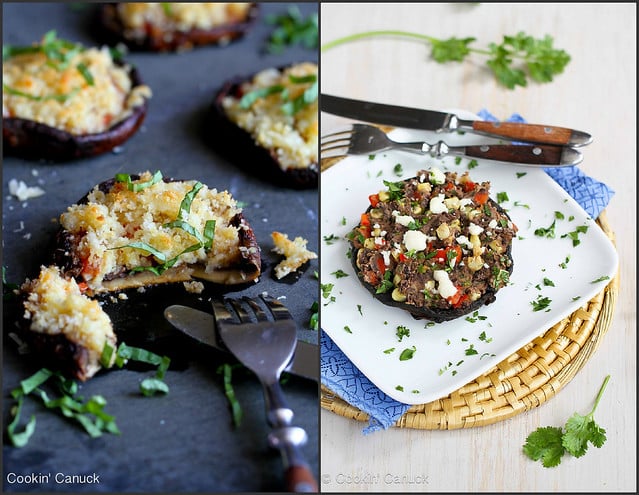 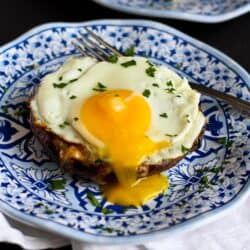 Weight Watchers Points: 4 (Points+), 3 (Old Points) Note: Buy large portobello mushrooms that have a high sides. This will help to hold in the egg during baking.