Pull out the Instant Pot and make this hearty, vegan Southwestern Instant Pot Split Pea Soup with Potatoes for dinner tonight! Thank you to The Little Potato Company for helping me share this recipe with you. 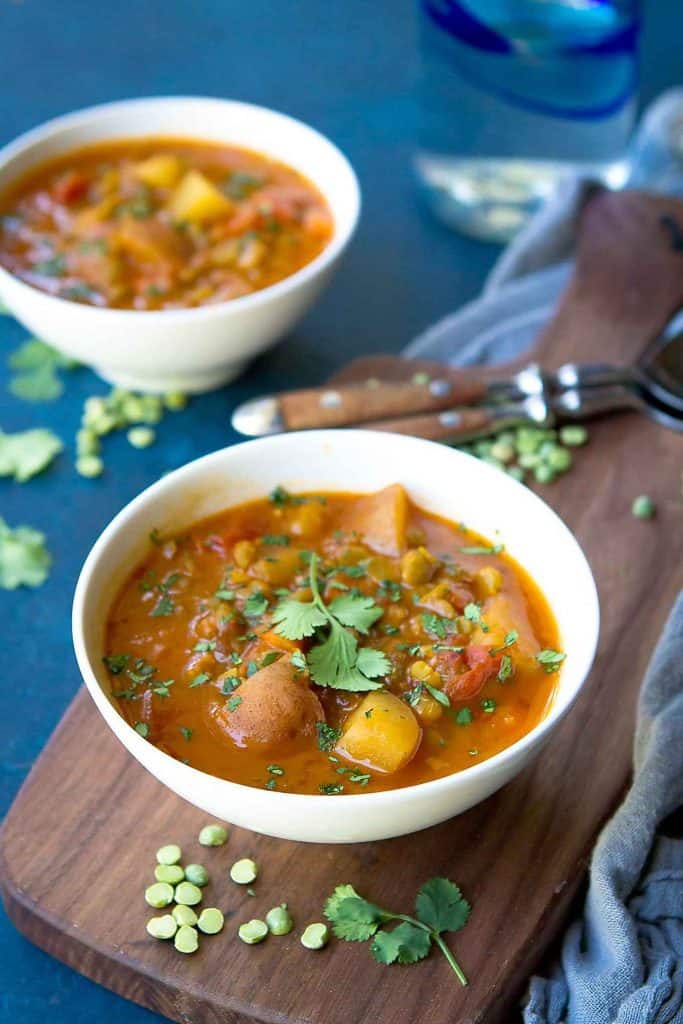 Up until a couple of days ago, I was thinking that I had overdone it on the soups in the past several months. I was bracing myself for a dinnertime revolt from my family. To be fair, homemade soups have shown up on our dinner table A LOT – at least once a week – since school started in September. They’re quick, easy, usually economical and can be packed with all sort of healthy ingredients.

But when my 13-year old went back for his third (!) helping of this vegan soup, I knew I had won him over. Typically, he likes his soups with some sort of meat – chicken, sausage, shrimp – but he barely even noticed that this was a meatless meal. The beauty of a really hearty soup! 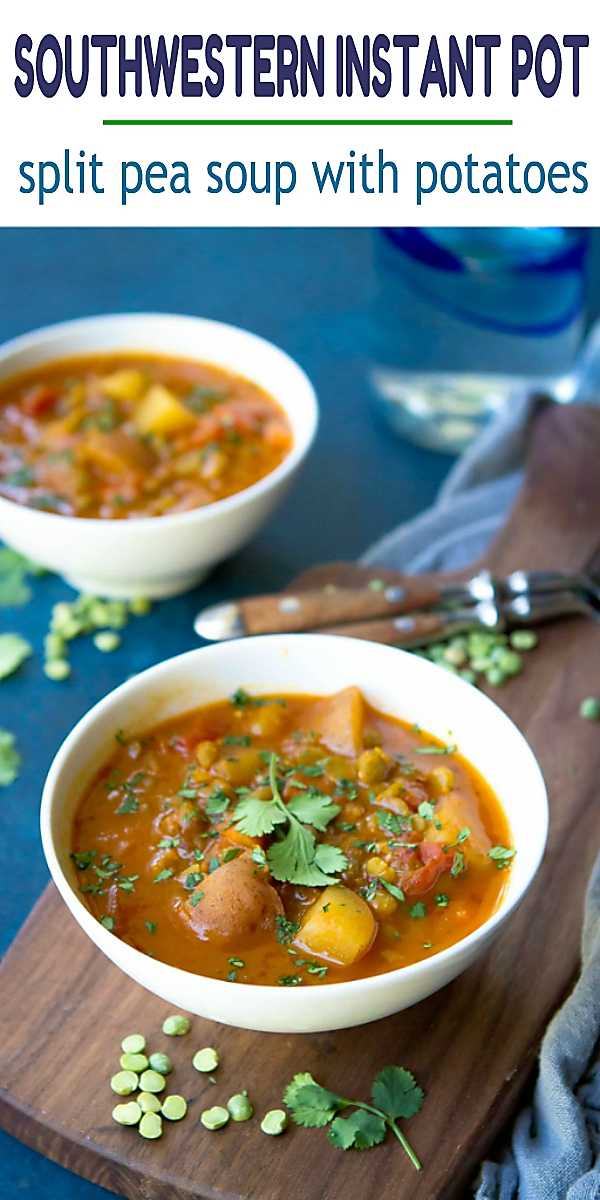 These days when I want to make soup using dried beans, peas or lentils, I pull out my Instant Pot because it makes short work of any dried pulses. As I was staring into my pantry at 5pm (an all too familiar scenario), the bag of green split peas caught my eye. 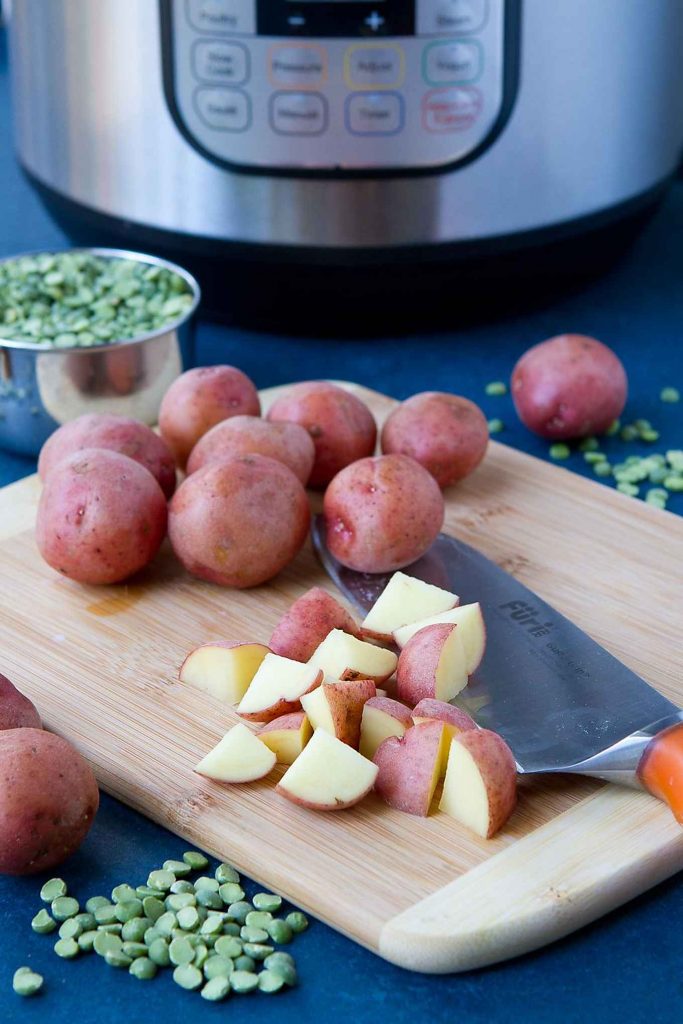 I didn’t have any ham on hand, but plenty of my favorite Creamer potatoes from The Little Potato Company and a cupboard full of spices. By 6pm, I had a pressure cooker full of piping hot vegan split pea and potato soup, flavored with southwestern spices. 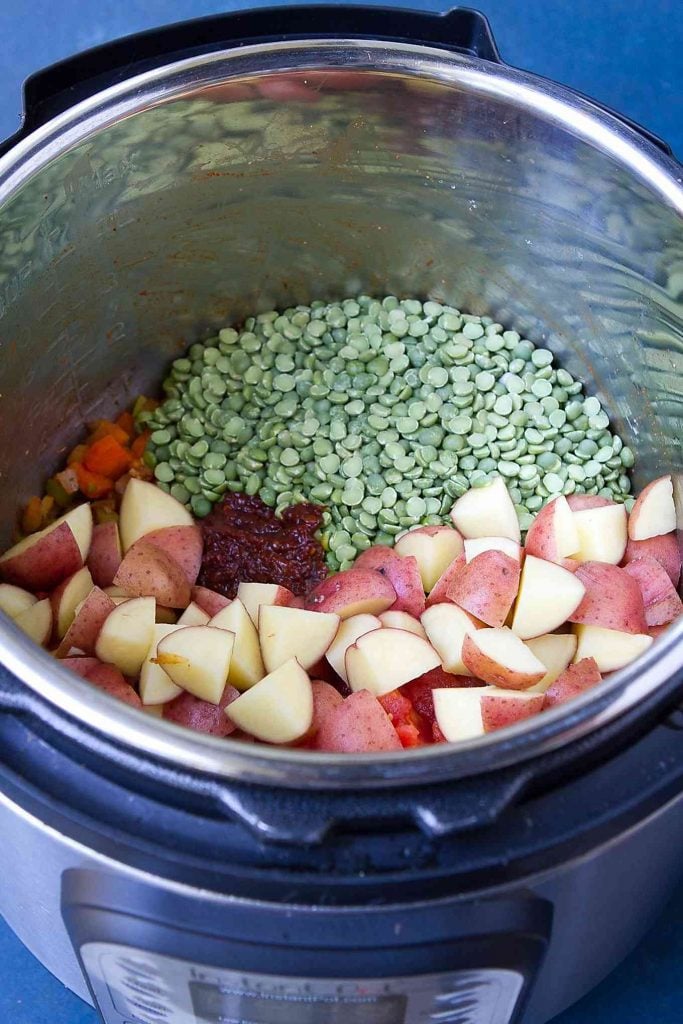 Often I serve The Little Potato Company’s Creamer potatoes whole or halved because their small size makes them perfect for throwing straight into recipes. Convenience is the key! For example, they’re fantastic roasted with onions and blue cheese, rolled up in grilled zucchini, or boiled and tossed with pesto. That being said, their creamy texture really lends them to soups and stews as well. As the potatoes cook and soften, they release some of their starch, which helps to thicken the broth.

The result? A creamy, hearty soup without the cream! 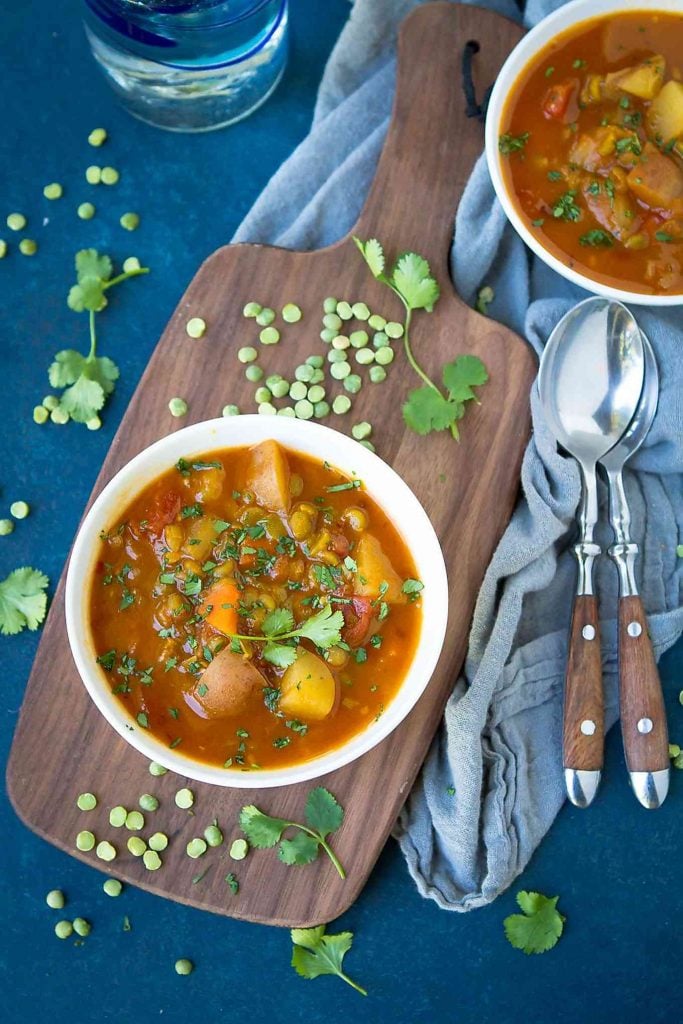 How to make Instant Pot split pea soup with potatoes:

• First, rinse the split peas in a sieve and pick out any stones.
• Using the Saute mode on the Instant Pot, cook the onions, carrot and celery until they start to soften. Stir in some minced garlic and the spices. Cumin and paprika add some southwestern flavor, backed up by some chipotle peppers
• Switch off the Saute mode, then add the vegetable broth, water, diced Creamer potatoes, split peas and diced tomatoes. Give the mixture a quick stir to combine.
• Put the lid on the Instant Pot, close the steam vent and set to 22 minutes on HIGH pressure using Manual mode. It will take about 15 minutes for the pressure to build before the 22-minute cook time kicks in.
• Allow the pressure to release naturally for 10 minutes, then release the rest using quick release.
• Give the soup a good stir and season to taste. Serve, garnished with minced cilantro. 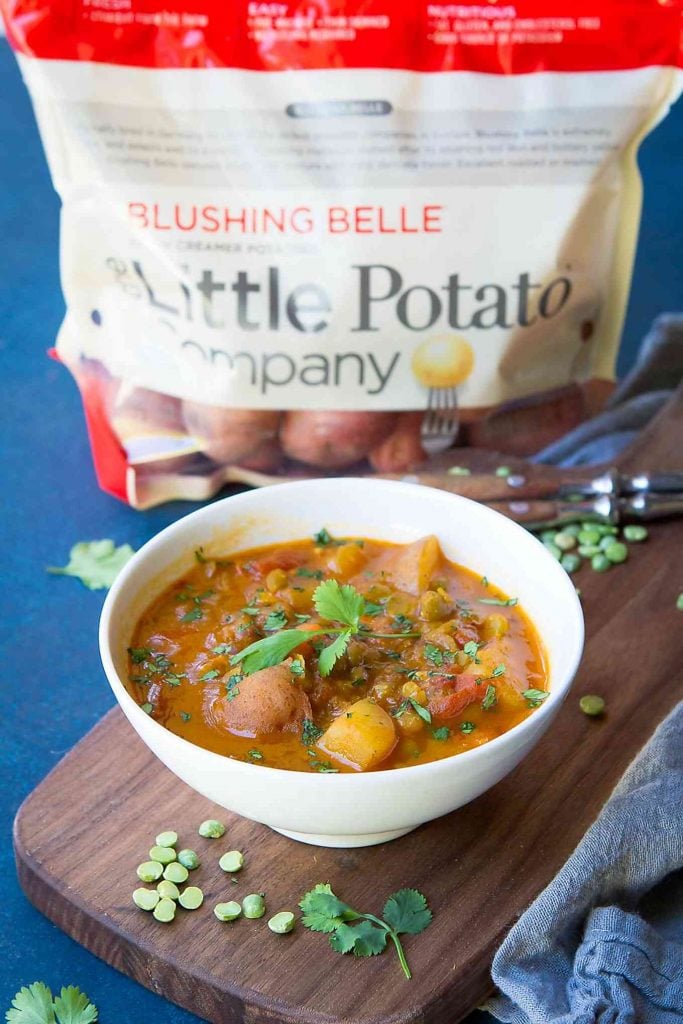 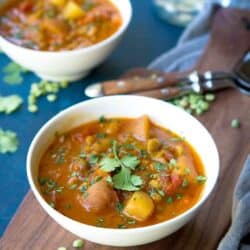 Disclosure: This post is sponsored by The Little Potato Company. All opinions are my own. I am a participant in the Amazon Services LLC Associates Program, an affiliate advertising program designed to provide a means for me to earn fees by linking to Amazon.com and affiliated sites.